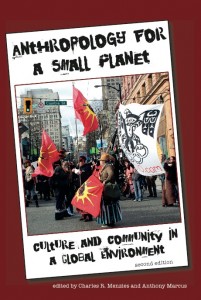 You may bring this sheet (see linked pdf: Final-exam-essay?) with you to the final exam.

You can write an essay outline on this sheet. ONLY AN OUTLINE; NOTHING MORE.

You will write your name on this sheet and hand it in with your final exam.

The final exam will be scored out of 40 marks (worth 40% of your final grade).
Part 1 of the exam is 20 points (questions will be handed out on exam day).
Part 2 is 20 points with each essay question worth 10 points.

Select two of the following questions to prepare for your final exam.

The essay portion will be evaluated in accord with the writing guidelines listed on your course outline. The best answers will be those that are able to effectively draw from a wide range of the course materials, go beyond straight description, and include evaluation and analysis of the materials. Even though the questions do not explicitly say – answer from course materials- you should assume that is implied. Your role in preparing for your exam essays is to reflect upon the overall content and structure of the course, to delve as deeply as possible within the subject matter and then to prepare to write a detailed an essay as possible. Use your chance to prepare an outline (which you write by hand on this sheet of paper) to assist you in preparing a skeleton (or close line ☺ ) upon which to drape the body of your paper.

The Essay Questions.
1. What is neo-liberalism and what are the cultural analogs of neoliberalism? In your essay provide at least two examples of neo-liberalism in action.
2. Compare and contrast kinship systems and their associated ideologies of gender in relation to the ‘family’ as a unit of (re)production.
3. Describe and evaluate the ways that culture, gender, race, and nationality are deployed to create a society that is biased in favour of violence.

Our academic virtual world is filled with rouge’s galleries of photos showing who is who in our various departments. Often blurry, ill framed, poorly lit, such galleries seem to shout amateur. But maybe that’s not such a bad thing? Do we really want head shots that look like we’re members of a law firm or corporate execs at a fortune 500 company? I’m not sure.

There is something about the placement of head shoots in a gallery (virtual or otherwise and as useful as they might be) that invokes in my mind the venerable space of a trophy room, filled with the heads of stuffed animals, that one might fin in an old Scottish hunting lodge.

Very often such professional head shot organizer come up with appropriate places for faculty to be taken. If you’re a lab scientist – then the setting should be a lab; an art historian then in an art galley; historians belong in archives, librarians in libraries, and the filmmaker should hold a camera and be in a cinema . . . It is as though these spaces somehow stand in for the ecological setting within which the wild specimen might be found by the valiant hunter.

As in a game park, the hunter has no need to actually find that which he (allow the presumption of gender) will shoot as the specimens will line up voluntarily for this virtual trophy taking and mounting.  We march in as lambs to the slaughter giving up our selves for the honour of being professionally mounted to show off to the wall – look a trophy academic.  But in reality, we are not the real trophies, we are simply the back drop against the real trophies parade.  For without the wall of mounted head shots the ‘truly’ brilliant have nothing to shine against.