The advent of Artificial Intelligent robots and their associated repercussions is a hotly debated issue. This is because humanity is on the brink of creating technology that will be able to think, and act according to their built-in perspective on the world. For example, fully autonomous weapon systems such as drones could petrol the skies capable of engaging without human interventions or an autonomous car driving someone to their desired location through a dynamic traffic system. There are a lot of positives and negatives associated with artificially intelligent machines and it’s up to us to decide if it’s worth creating such technology.

Humanity could benefit greatly from AI if controlled effectively. For instance, imagine a senior citizen with bad eyesight and poor reaction time wanting to travel to their daughter’s house 20 miles away. They can avoid taking a taxi and can have their own autonomous vehicle which plans their path and drives them to the desired location safely. This car will not only drive automatically it will have an extremely high reaction time to avoid accidents and will minimize damage if an accident is unavoidable.

AI robots can range from mini robots inside the house, which help the disabled perform daily task to autonomous airplanes that can take-off, fly, and land without any pilots on board. All of these have many positive implications for humanity because not only do they provide invaluable resources to those who are incapable but AI robots can perform most tasks better than humans.

Perhaps humanity needs to live with some of their shortcomings to prevent the apocalyptic future that some associate with the arrival of AI robots. According to the well renowned astrophysicist Professor Stephen Hawking, artificial intelligence could end mankind if we are not careful. He told the BBC:“The development of full artificial intelligence could spell the end of the human race.” His opinion stems from the fact that humans are limited by slow biological evolution and can’t possibly compete with the intelligent robots. AI robots will “evolve” faster by building better machines eventually overtaking human performance across all domains. They will then become the dominant force on Earth and could eradicate us at their on leisure. 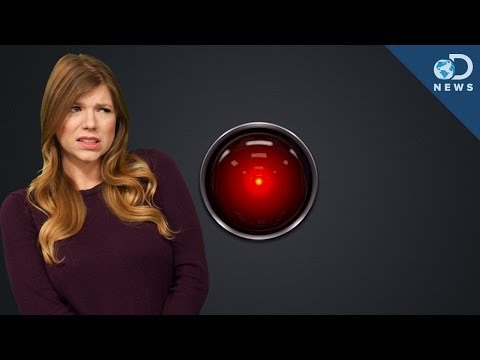 Another well-known figure, Elon Musk, also voiced his opinion by saying “we are summoning the demon with artificial intelligence.” His viewpoint is similar to Hawking’s but he believes that their recursive self-improvement will eventually lead them to the realization that humans are detrimental in some regard and thus should be eliminated. “If its [function] is just something like getting rid of e-mail spam and it determines the best way of getting rid of spam is getting rid of humans…” said Musk to name an example.

Since true AI robots have not been invented we can never really be sure how they will behave we can only speculate. Though great minds like Stephen Hawkings give us insight into the grim and darkside of AI, there is no doubt that the benefits of controlled AI are invaluable to the human race.