With the growing need to constantly be efficient in almost every aspect of our lives we could be doing more harm than good. Hand washing is considered the most simple and important procedure to prevent sickness but the method we dry our hands may be counterproductive. According to the Malaysian Journal of Pathology, electric hand dryers dispersed bacteria at a radius of 3 feet from the dryer. In the experiment by the department of Microbiology in Kuala Lumpur, Serratia marcescens (bacteria) was placed under the dryer to stimulate someone drying their hands (in a hospital setting) and the results indicated that the bacteria was blown an average of 3 feet. A more recent study done by the University of Leeds also found that electric hand dryers spread bacteria in a bathroom setting. Using paper towels does consume trees but is the trade-off worth the risk? 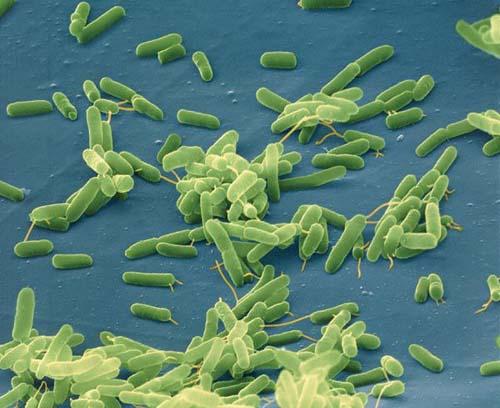 Picture of bacteria obtained from Flickr – credit to Cesar H.

Using an air dryer, it takes longer to dry hands relative to paper towels which means that people may not completely dry their hands. This being said, it may be possible that bacteria could grow on surface skin. Skin flora can then be transmitted from one person to another in a variety of ways such as the casual hand shake or simply by touching objects after hand washing. Someone could wash their hands and then dry them using an electric hand dryer and have bacteria blown onto their hands that will spread with contact. In other words a non-contaminated surface can become contaminated with skin flora even if the contact surface is not immediately under the dryer. Electric dryers may not only spread bacteria, it may provide an environment for growth. 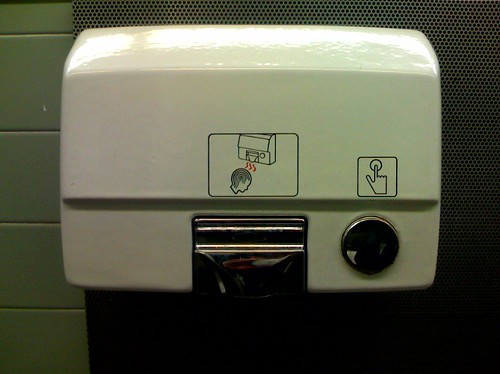 The environment that is in the inside structure of an electric hand dryer provides conditions suitable for growth of bacteria according to Dailymail. Bacteria can multiply in the electric dryer in between uses and then spread by becoming airborne when the dryer is turned on. By using electric air dryers to ultimately reduce the amount of trees that are cut down every year according to the Slate. Paper towels do not cause bacteria to become airborne but they do cause many trees every year to be cut down and are inefficient in terms of the environment. Electric air dryers do provide a good alternative to paper towels but they cause the spread of bacteria. As technology and science continue to improve hopefully a solution to this problem will be in the near future where we can protect the environment as well as ourselves at the same time. It may seem like a small part of our lives – washing and drying hands – but the consequences can potentially be severe. In the end, using electric hand dryers saves millions of trees worldwide and is worth the risk in my opinion. Below is an example video of the efficiency of electric hand dryers.