Intelligent robotics are revolutionizing the world of prosthetics.

The loss of a limb or its functionality can devastate a person’s quality of life. The Amputee Coalition estimates 2 million people in the United States are living with limb loss. The congressional research service reports that more than 1,600 amputations involving troops between 2001 and 2010, who were also considered as major limb amputees. Finding a replacement for a limb can be frustrating, expensive and unrealistic. Though a replacement can be possible, seldom is the functionality of the replacement as complete as the original body part. Researchers in Intelligent Systems, robotics, and Cybernetics are working on ways to improve control over prosthetics with direct help from their muscles and nervous system. This technology takes advantage of biomaterials which make up an interface site. These interface sites are stations where neurons from the human body interact with the robotic limb. The interfaces monitor and interpret signals from the nervous system. Once the signals have been received from the neurons, algorithms are used to determine the action of the prosthetic limb. This smart technology of nerve and robot interaction is continually being refined by researcher and they hope to tailor each prosthetic limb to an individual based on the specific interactions. 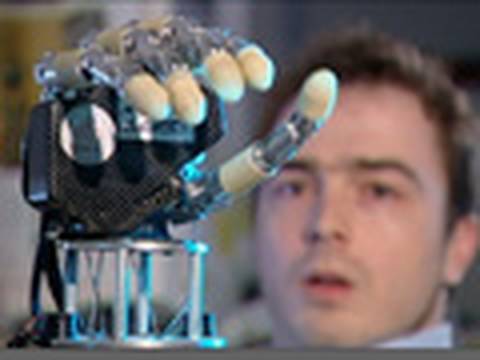 On a micro scale, researchers at Lawrence livermore National Laboratory are making gains in developing thin-film polymers which mimic the functionality of neurons. They are moving ever closer to designing the world’s first neural system which will enable naturalistic feeling and movement in prosthetic hands. Known as a Hand Proprioception and Touch Interface (HAPTIX), the research hopes to provide control and sensation for amputated hands. If successful, HAPTIX will reduce what is known as “phantom limb” pain, a sensation some amputees feel despite a missing limb. The HAPTIX interface incorporates sensors that provide tactile feedback to the patient from their hand. This means that a prosthetic hand will not only act like a human but will also feel pressure, touch and texture through this smart technology. The biggest challenge for the research team has been deciphering the complex patterns of neural stimulations which act as natural touch and movement. 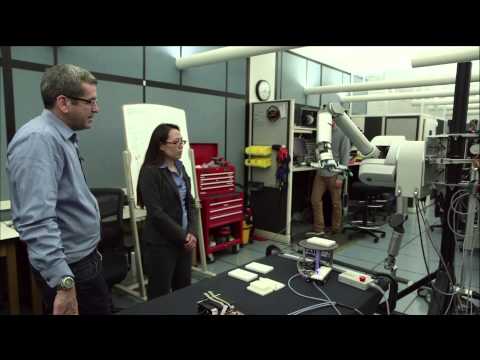 This entry was posted in Science in the News, Uncategorized and tagged Amputee, phantom hand, Prosthetics, robotics. Bookmark the permalink.

One response to “Intelligent robotics are revolutionizing the world of prosthetics.”