Forget about the ‘Near Miss’ 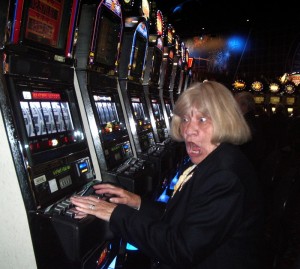 Pathological gambling is a relatively common disabling psychiatric disorder characterized by an inability to control gambling. Such pathological gamblers continue to gamble away their money despite repetitive and important losses that eventually negatively impact their lives. The ‘near miss’ theory has attempted to explain this kind of gambling behavior as well as how gambling can become a serious addiction.

‘Near misses’ are defined as failures that are close to being successful. This special kind of failure is useful in games of skill, as it can provide useful feedback to the participants, however, in games of pure chance, such as slot machines, crabs, poker games, or even the lottery, a ‘near miss’ does not carry any useful information as to what will happen next. In slot machines, for instance, a ‘near miss’ occurs when two reels of a slot machine stop on the same symbol on the pay out line, and that same symbol is found on the third reel either on the line above or below. 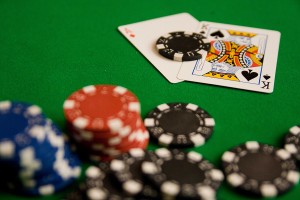 ‘Near-misses’ do not provide any feedback for players in games of chance, unlike in games of skill.
Source: Flickr Commons
Image by: maorix.

Back to our addicted gamblers, an interesting study has shown that ‘near-misses’ are perceived in different ways by different types of gamblers. Indeed, brain regions associated with wins in pathological gamblers are highly activated when they encounter ‘near misses’, whereas, in non-pathological gamblers, brain regions that are associated with losses are highly activated. This phenomenon is highly problematic as the activation of these ‘winning brain regions’ causes the reward system in the brain to be activated. Indeed, further studies have also shown this phenomenon in addicted gamblers by looking at dopamine activity, a chemical substance in the brain associated with rewards. Their results show that dopamine is released in high amounts when pathological gamblers encounter ‘near misses’. This dopamine activity is in turn associated with constant rewards,  which reinforces the gambler’s behavior to continue gambling despite losing.

Although pathological gambling is unlikely to be fully explained solely by the ‘near miss’ theory, this theory can in fact be a useful tool in attempting to treat individuals that suffer from this disorder. In particular, pathological gamblers could be trained to see themselves as constantly losing as opposed to see themselves as constantly nearly winning.

This short video clearly explains the ‘near miss’ mindset of pathological gamblers: