Unmanned Aerial Vehicles (UAV) or, more commonly, drones have been used by the United States military for many years. They are associated with warzones and the subsequent collateral murder of innocent civilians. Attempts to kill 41 men by the US have resulted in the deaths of an estimated 1,147 people in Pakistan alone. But what if drones were adapted to conserve rather than kill? NGOs such as SoarOcean and ConservationDrones have been developing drone technology to serve as wildlife protection.

The rainforests of Sumatra and Borneo are home to the orang-utans, a tree dwelling member of the great apes. Their habitat is being converted to palm trees at an ever increasing rate by developers keen to cash-in upon the rising demand for palm oil, a substance that is estimated to feature in half of all packaged products sold in supermarkets. This has led to a fall in orang-utan numbers, from 300,000 to fewer than 50,000. ConservationDrones are working with local NGOs to survey the forest habitat to obtain a better picture of the individuals movements and where they are likely to aggregate in groups. This evidence will provide strong support to pressure the government into protecting certain areas. Previous efforts on foot can be expensive and time-consuming in the dense jungle, whilst a 30-minute flight can capture 900 images of 30-times satellite clarity over a 30 km2 region. A vast improvement upon conservation efforts. Drones could also be used to tackle Illegal, Unreported and Unregulated (IUU) fishing, a major concern to Belize due to its detrimental effect upon environmental, social and economical axes. Such practices are often undertaken by distant water fishing vessels from other nations who hide their identity through changing flags in order to obtain the valuable resources from the territorial waters of vulnerable countries without prosecution. The 70 enforcement personnel of Belize struggle to police the 386 km coastline and 200 islands, hence the need for drones. These could catch illegal fishers by surprise to gather evidence for prosecution in court, eventually acting as deterrent from the territorial waters. The $2,400 cost per drone is economically viable but practice must be undertaken and safety protocols established prior to their implementation. Belize could soon be patrolled by the buzz of drones to protect from and prevent IUU fishing. The poaching of rhinos across Africa has seen a stark increase in recent years, from 122 deaths in 2009 to 388 in 2012. Their horns are of high value due to their demand for use in traditional Asian medicine. Organised gangs deploy advanced technologies to exploit this illegal market with park rangers out-manned and out-gunned. However, the use of drones could be an alternative combative measure. The Wildlife Conservation UAV Challenge is an international competition whereby robotics teams are tasked with building inexpensive, easy-to-fly drones with an emphasis upon data process for use in wildlife protection. See the following video for more information: 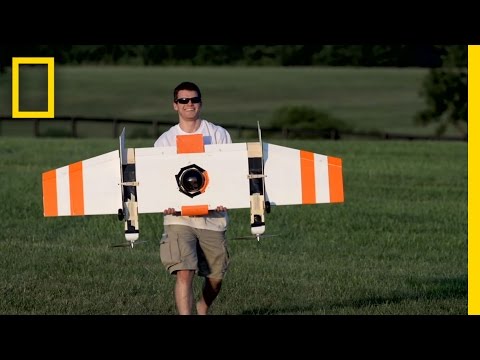 For more interesting uses of drones, check out this link!