It is weird how student pays $2.50 for a can of coke on campus and get the same can of coke outside the campus for just $1. Students pay a fee of $3700 for a meal plan which is mandatory for the residence students. The food available in residence has very high prices as compared to the eating places outside the campus . University’s has taken this as a business opportunity and earns a lot of revenue. I think this is very unfair for the students and they are exploiting us. We have only a few options where we can use the meal card and they are all pretty expensive.

Moreover, all the students here are from different cultures and have different taste preferences. The food available in the residence is mostly targeting the Asian and white population of the students. There is least option for south Asians but we have no way out as we have already paid for this food. Many south Asian restaurants have tried to convince UBC for letting them enter the meal plan system for the south Asian population but the university does not allow the entry of any new competition for the residence food.

These are called entry of barriers for the local businesses to enter the university meal plan program. The university benefits from this because students cannot afford to eat outside every day and the only option they have is to use residence cafeteria or hubbards. Moreover, hubbards is the only place to get snacks etc, and the prices they charge are double the market price. University is using the business strategy to eliminate competition and gaining profits from doing so. This is unfair monopoly!!!

Xiaoye Zhang in her blog “the troubles given by iPhone” writes about how iPhone might be facing problems in the future due to expensive service plans. Till now iPhone was the only touch screen smart phone in the market, and due to that it has a huge brand name.

But now Samsung galaxy smartphones are giving equal fight to iPhone. In fact, I believe that in the long run Samsung galaxy will defeat iPhone just because it is compatible with companies which provide cheaper services. The best example is wind. Samsung Galaxy S3 is a great innovation which gives equal competition to iPhones in today’s market. In fact it is better off than iPhones because it is working in collaboration with a cheap network company like Wind, mobilicity etc. 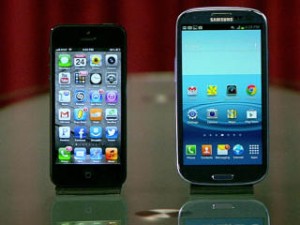 These days all the smart phones have all the features. Apple iPhones and Samsung galaxies are substitutes and people are slowly getting indifferent of whether they have an iphone or Samsung. Due to this people have started looking at services that they get with the phone. IPhone works in collaboration with Rogers, bell etc which are referred to as the expensive company’s as compared to wind, mobilicity etc., which are relatively cheaper with the same services. Samsung’s compatibility with the cheaper companies has increased the power in their hand as they can now attract more customers. Mobile phones and network services are complimentary goods therefore cheaper services of Wind will always be an asset for Samsung galaxy S3 and also act as a doorway to defeat iPhone. Wind deals include wind tabs with services including unlimited calling and data, all for only $30 whereas Rogers and Bell have all their plans starting from $50. I think iPhone needs to collaborate with cheaper services if it wants to maintain its image in the market.

Celebrity endorsement has proved to be very effective in generating awareness within communities along with an increased amount of sales for companies all around the world. Ten Trees is a local clothing apparel store that initiated in Saskatchewan, Canada by two young entrepreneurs from Hill school of Business in Regina.  At Ten Tree, the belief is that one can inspire a new group of consumers to tackle the environmental issues that we are all now faced with. For every product purchased Ten Tree plants ten trees and ensures that all clothing items are produced responsibly allowing each and every customer to make a difference. 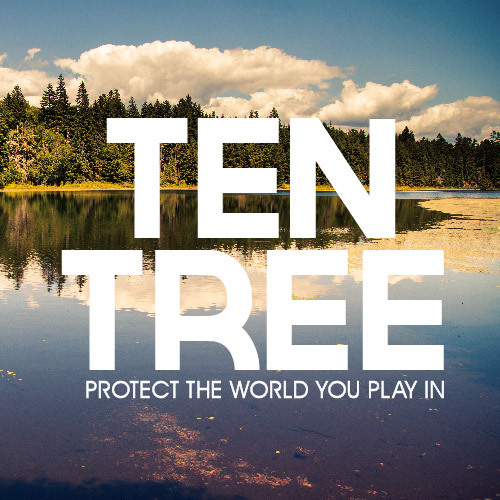 However, this mind-blowing concept would not have succeeded if it was not endorsed by celebrities. Jordan Clark, the winner of the 4th season of So You Think You can Dance, endorsed Ten Tree women’s apparel and that increased their sales by a mile! Right now, singers such as Justin Bieber and Carly Rae Jepsen are willing to market this brand since the mission is worth working for.

My conversation with dad a couple of days ago:

Me: Dad Lexus SUV is such an amazing car. I agree it is expensive but it is great.

Dad: Yeh I agree it’s a smooth ride but too expensive. I’ll prefer getting a Toyota land cruiser instead which has almost the same features but is way cheaper.

Me: But Lexus is more luxury.

Dad: But Toyota is more durable and tough.

This is what a typical family conversation with general awareness about cars would sound like. The truth is that Lexus is the part of Toyota Company but the way they have marketed Lexus is by showing it as a different manufacturer and company. This has successfully earned them a profit of billions of dollars. They have convinced there customers that land cruiser and Lexus are different and unique in their own ways. For example Land cruiser is considered to be more tough and durable whereas Lexus is considered to be more luxury. Lexus has a higher status approach and it was made for the high class Americans. Since then, it is carrying that image of Luxury and fineness. 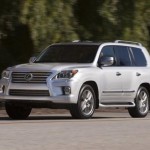 This is a major business strategy which many companies use today. One company introduces two products which are very much similar but they give them different names and market them differently to target different status groups. This is an extraordinary marketing scheme which is a great profit maximizing technique.

Long awaited Starbucks is finally in India with a bang. Entry of Starbucks in India is much hyped up news these days but Howard Schultz is not being carried away with the success they got and instead says “India is going to be no cakewalk, we’ve got to earn the respect of the Indian consumers.” I totally agree with the Starbucks boss because I am myself from India and I know the culture there. Presently, Starbucks has opened three stores in Bombay which is India’s most modern and westernized city with a population of many wealthy people. But India is a country with the largest population of middle class people. Starbucks is mainly attracting the rich people of India right now and to expand to the other cities to attract the middle class society they have to use different business strategies. 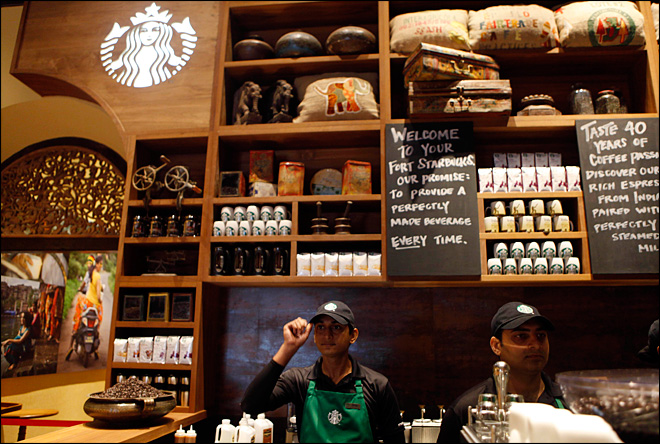 I think one of the business tactics would be introducing new flavours according to the Indian tastes. And they also need to keep the price low to compete with their competitors like cafe coffee day, Barista etc, which have already made their place in Indian market. If Starbucks keep their prices the same as they have in North America, nobody in India will choose Starbucks over the other cheap cafe’s available.

They also have some plus points that Vanessa discussed in her blog. One of them is that cafe culture is already running in popular cities like Bombay, Delhi and many people have heard about Starbucks. Starbucks famous brand name and customer loyalty are their biggest weapons, which can help them defeat their competition and make their place in India.

I am looking forward to see how it adapts in other cities in India, and would definitely check it out this winter on my trip to India.

These days social entrepreneurship is the hot topic in the class and I have been very interested in knowing about them. I believe that social entrepreneurs are very important in today’s world where people are so inclined towards making profits and least bothered about social and environmental conditions in the world. Schwab foundation of social entrepreneurship defines Social Entrepreneurs as people who are driven by their mission to create substantial social change and promote inclusive growth, developing new products and service models that benefit under-served communities. The foundation recently announced Anshu gupta as the social entrepreneur of the year 2012 for his project Goonj. Goonj is a program in which clothing is allocated in such a way so that every person has clothes to wear. For poor people clothing is shelter, and during extreme winters many poor people die because of lack of clothes. What inspired me the most about Anshu Gupta’s journey is the situation that inspired him to start Goonj. One night in the streets in India Anshu met a rickshaw puller named Habib, and the sign on his rickshaw said “disposer of dead bodies”. This made Anshu curious about what Habib does and he joined Habib on his nightly rounds of disposing bodies. Habib told him that ‘in winter he had so much work that he cannot handle it’. Anshu was shocked by the large number of poor people that died every night because of the lack of clothing to protect them from the cold. 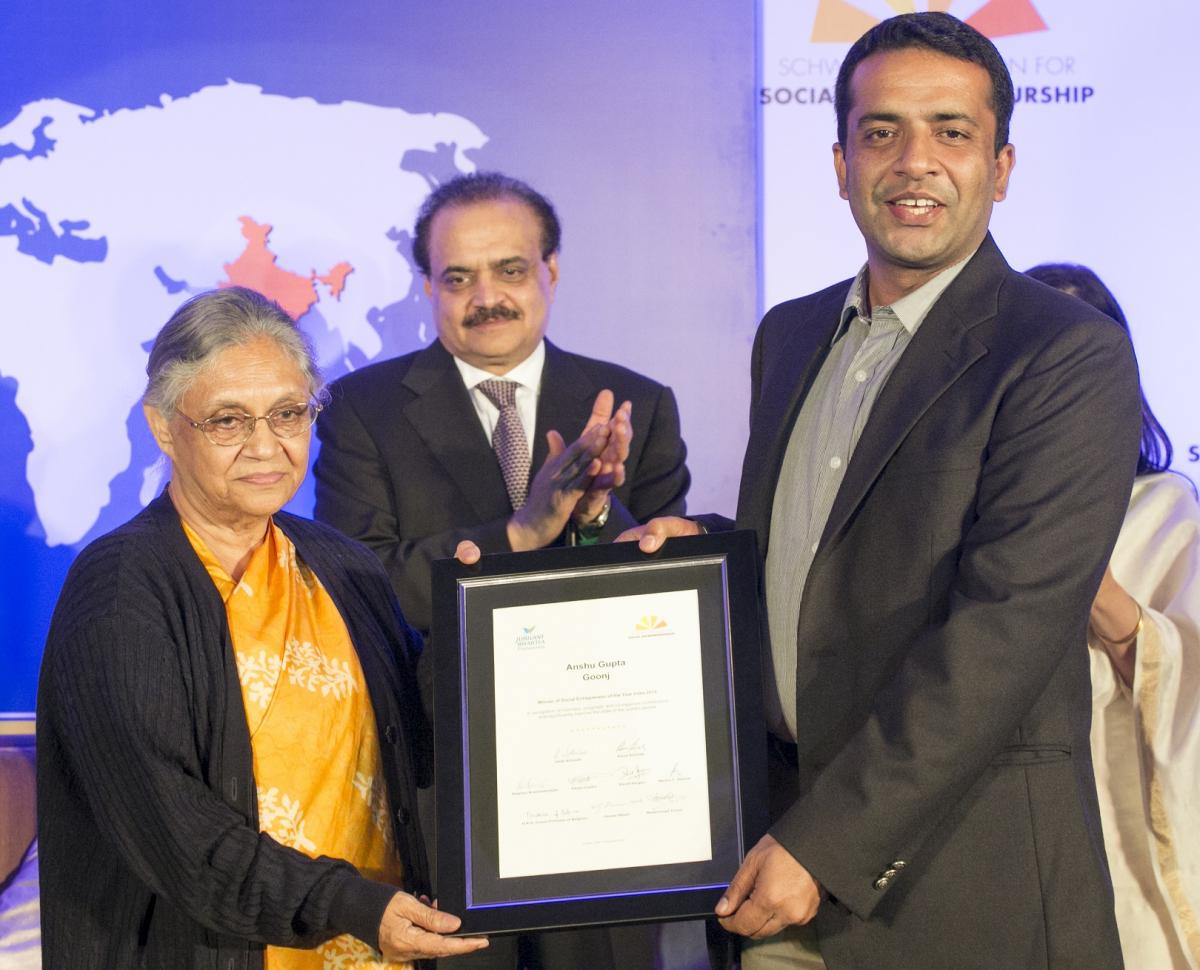 He realised that in a normal household there are so many clothes which are lying wasted in the wardrobes. This triggered the idea of taking the unused clothes from such households and putting them in use by distributing them to people who need it the most. I am very inspired by his story and how he has been working all these years to fulfill his mission. The article reads that  “Today, Goonj operates collection centers in nine Indian cities and provides about two million pounds of materials, mostly clothes, but also utensils, school supplies, footwear, toys and many other items.”

Such a brilliant idea and such small changes in the working of the society have helped improve the lives of so many needy people. Social entrepreneurs are an asset to the society and they are needed in today’s world where rich are getting richer and the poor is getting poorer.

The famous ‘5-Hour Energy’ energy drink made its creator, Manoj Bhargava, a billionaire right away. However, recently it has come under a lot of scrutiny as the Food and Drug Administration (FDA) received claims that it may have led to almost 13 deaths and 33 hospitalizations. The drink was criticized for containing high amounts of caffeine and according to some experts drinking multiple cans can equal drinking 30-40 cups of coffee. 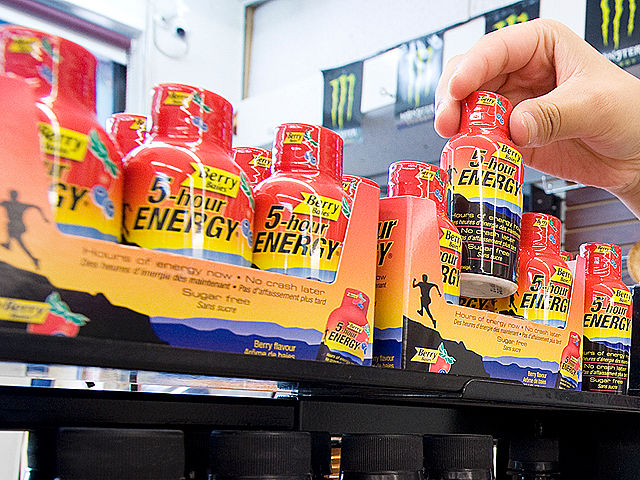 Such harmful business activities give negative externalities wherein the third party (the people who are not involved in the actions) tend to be the sufferers, here the consumers. This incident highlights the need for firms and businesses to realize that they have a social responsibility towards the society. After all, it was the loyal consumers in the society that helped such businesses to be successful. In such a case it almost becomes a duty of firms to meet ethical standards in order to protect their stakeholders. Today businesses don’t exist merely for making a profit but also in order to aid the society by providing jobs, sponsoring research and development and promoting economic growth. Thus companies can no longer remain aloof of the harmful effects their business activities can cause to the society and the environment.

What is more surprising is the fact that although there are numerous checks and regulations ensuring that businesses understand their social responsibility. However such cases continue to take place. Perhaps more than law binding rules, what we require are efforts that change business attitudes so that businesses voluntarily strive to give back to the society- in a mindful way!