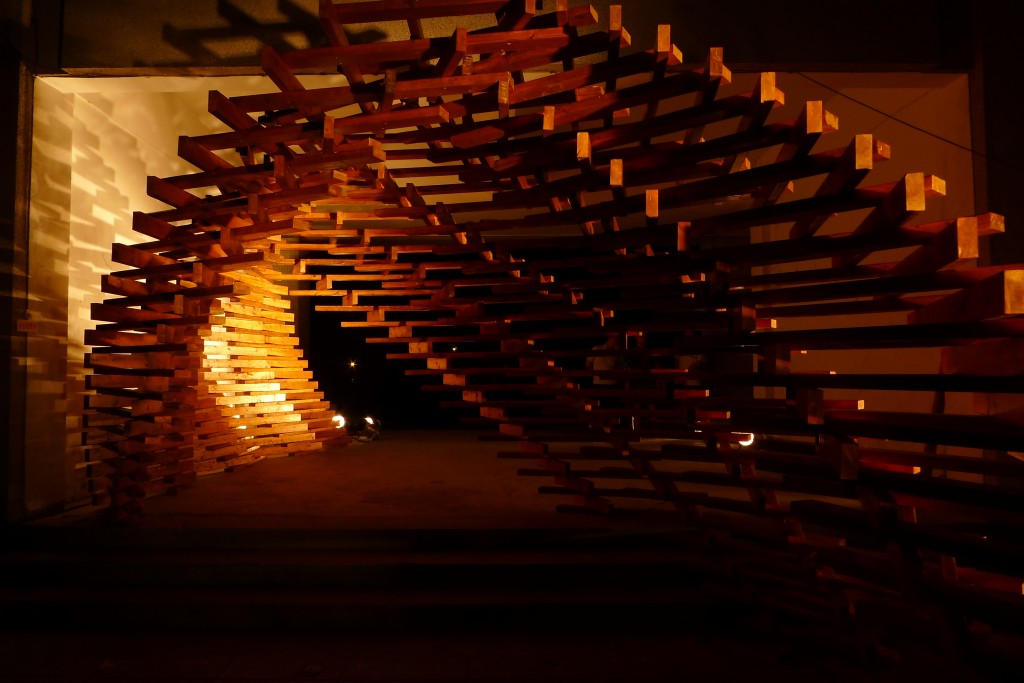 “Historically the transformation of a technically motivated form into an articulating motif has tended to conventionalize and fix the form. The articulatory function comes to dominate. It often unfolds its own developmental dynamic. Eventually the technical realization of a motif might change, i.e. a certain motif loses its original technical raison d’etre. (At this point, contemporary sensibility would suggest the abandonment of the motif.) This happened to the details of the classical orders as they moved from wood construction to stone construction. In this case the motif’s articulatory function remains in operation. It is not ‘mere decoration’ without function. (Ornament functions as signifying device.) However, it does no longer constitute tectonic articulation in the sense defined here.”

This studio engages students with timber by examining the essential and formative contribution that an investigation of that material can bring to architectural design inquiries. Acknowledging that the discipline of architecture derives its purpose and meaning from social and cultural engagements in the abstract and over a large range of considerations, it is still highly specific in its material resolution. This studio works not from the scale of the social and cultural engagement down to the material resolution but instead from the material considerations up to the scale of the social.

Material in architecture is part of the repertoire for invention. The architect defines space and experience with material and the understanding of the material media is critical to the finesse of the built form. The ability to invent with any material is based on the understanding of and experimentation with that media. Historically in architecture, developments in the technologies of materials serve as catalysts for new languages of architecture. The palette with which the architect designs is material based and the material’s qualities of texture, colour, light reflectance, density of arrangement, permeability and feel to the touch can simultaneously provide a space with mood, order, envelope, and structure.

Timber in China was once part of a developed and sophisticated architectural language which participated in the construction of housing and cultural buildings. The change in a material culture in built form occurs for many reasons. In this case, population expansion resulted in deforestation and reduced easy access to the resource and at the same time, social and cultural movements of the time did not find timber appealing. As such the use of timber in China was significantly decreased. Wood and wood products, however, are a highly sustainable building material: they store a significant amount of carbon; are renewable and recyclable. More importantly, if timber is used, it displaces a material that takes significantly more energy to create, thereby further benefiting the environment. As such, the current material culture in China may be ready to move toward timber again. But what is the new language of timber design in China? A re-consideration of timber in China may result in an innovative language for a new sustainable culture.

Further examining cultural uses of material, one sees a more fragmented and heterogeneous architecture heavily influenced by digital tools. How might this merge with the historic use of timber in China? What might a resulting timber language be?

The challenge of this studio as well as the benefit of timber is that the structure does the work of the expression in the built form. The nature of timber is that it is desired as a finish material as well as defining space and functioning as a structure. As architects, we can invent with structure, and doing so allows this one material to function as the architectural agent: simultaneously the element of spatial definition, structure, and finish.

This multifunctional approach challenges the architect to understand the structure and one of the primary challenges of  timber is its connections and the articulation of these connections. This therefore provides us with one of the areas which can provide the most room for architectural invention.

The studio’s project will challenge students to examine the tectonic aspect of a timber structure: its structural elements and their connections, and use them to do the architectural expression in the project. The inventiveness with the elements and the consideration of the joint, its expression, function and contribution to meaning will provide the value of the project.

The studio will use iterative sequence of projects will acquaint students with the extent to which material logic contributes to both enduring value and meaningful invention in the discipline. The studio is rooted in the premise that material inquiry fosters both the experiential and the conceptual, and is both spatially and formally generative.

Students will employ physical models at a smaller scale and the final project will scale one project to full scale – challenging the logics which led to its conception.

The studio will explore design strategies that address the above objectives. The studio is an intensive material research studio. As such, it will work from research into the tectonic arrangement of timber and its connections. Smaller scale exploration will be the essential investigative tools of the studio. The final product of the studio will scale up to a body scale installation. 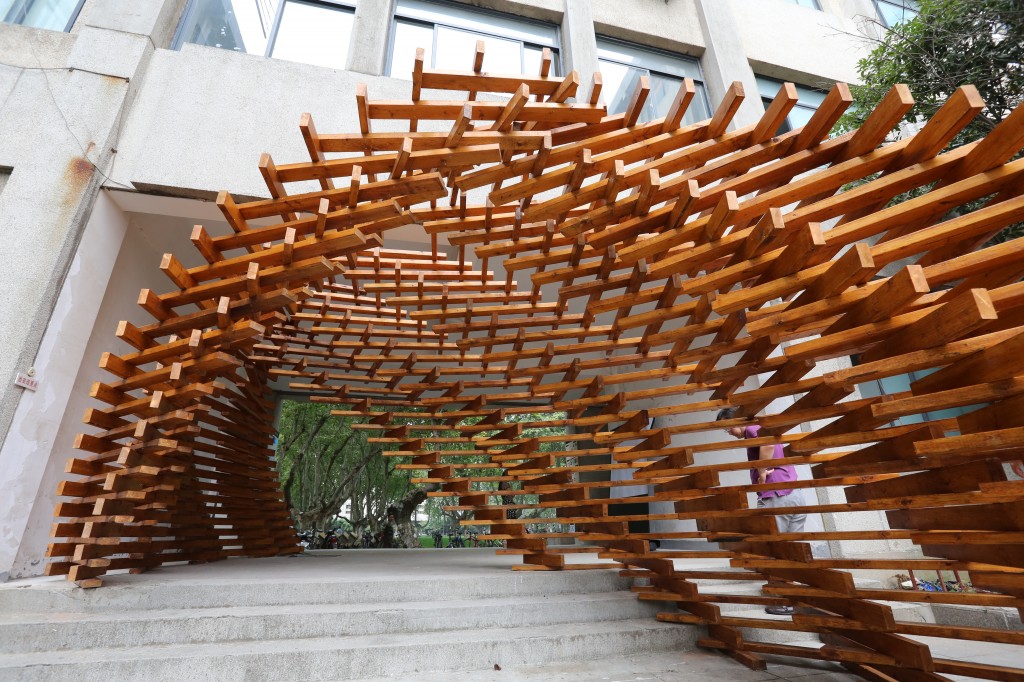 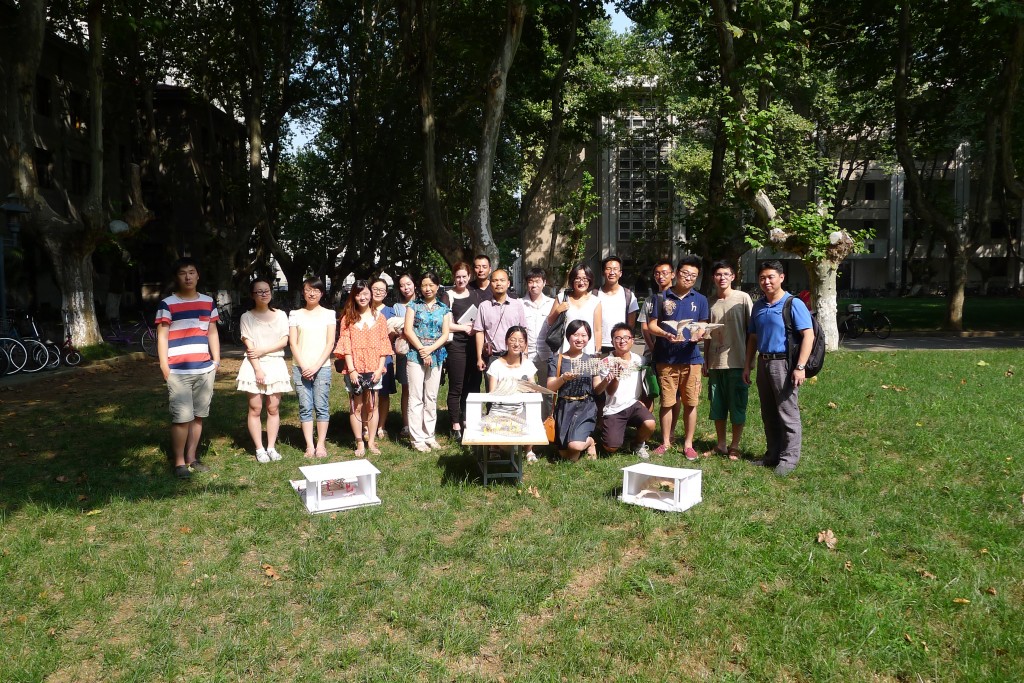 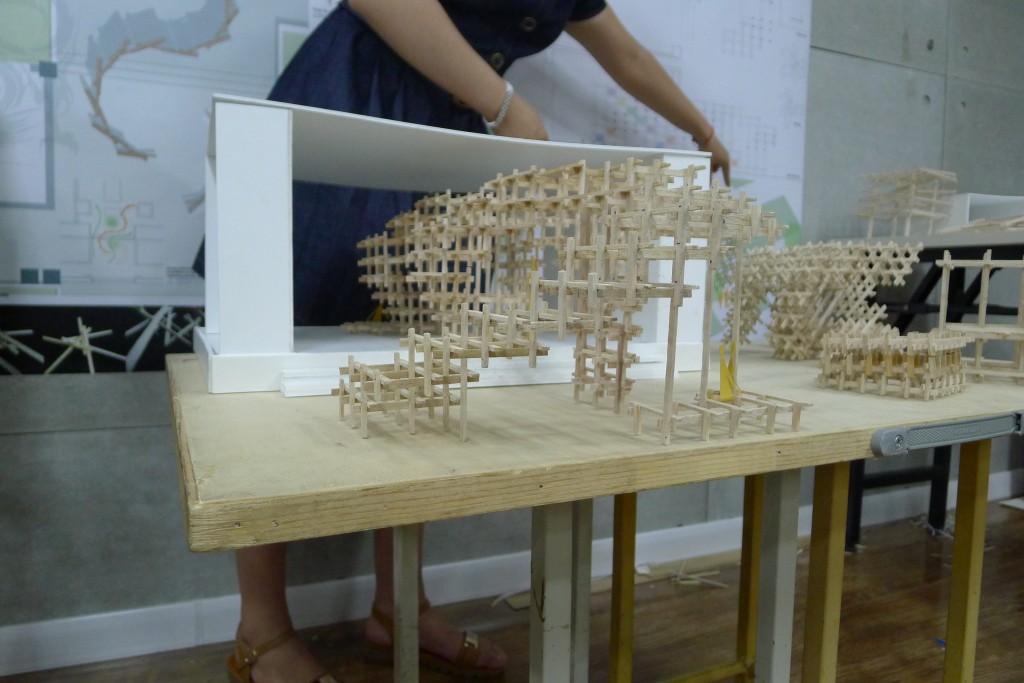