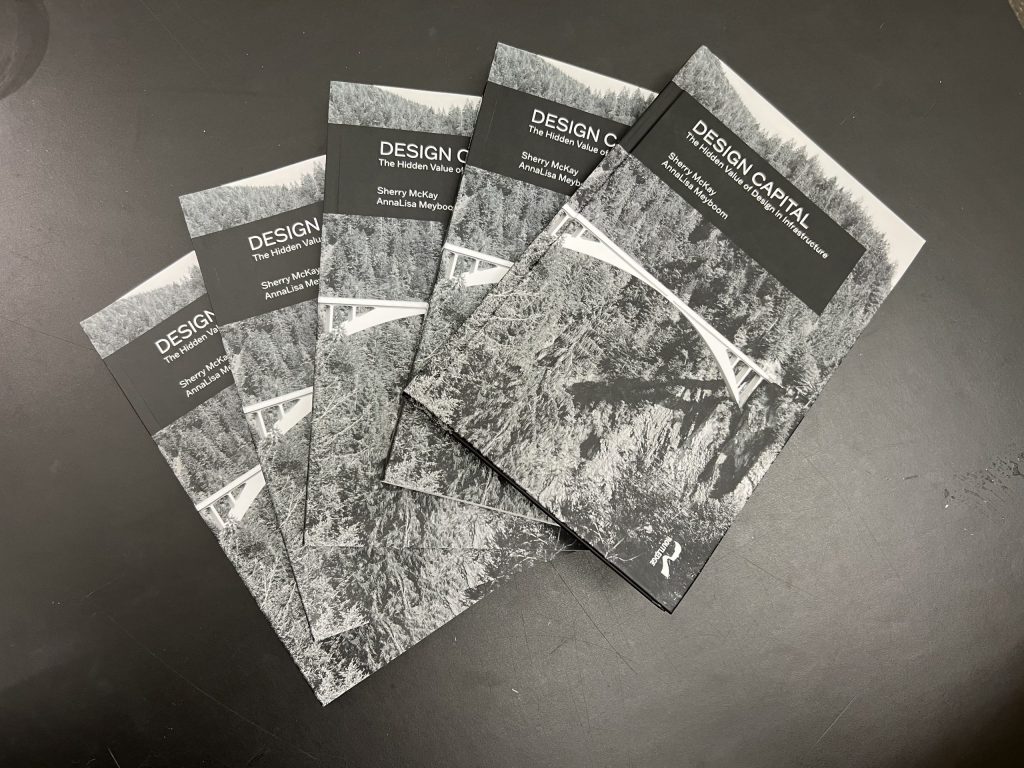 My new book written with my excellent colleague Sherry McKay is now out! Find it on Amazon or Routledge.

Design Capital: The Hidden Value of Design in Infrastructure

Designers have been unable to make a case for excellence in the design of public infrastructure. They have neither the tools nor a strategy to demonstrate the value of design in the face of public criticism of any perceived spending on that which might be considered unnecessary. Competition for scarce government funds and a general public perception of infrastructure as mere efficiency, as well as wariness of wasteful use of tax revenues, has often left design ill-considered. Nevertheless, beautifully designed infrastructure brings social value that far exceeds its initial construction expenditure.

With this objective, the book offers strategies and tools for justifying public spending on design considerations in infrastructure projects. The term ‘design capital’ serves to redefine the seemingly mute asset of design as an expressible value. Design capital is a way of capturing the various assets of design and the manner in which they can operate within a system of exchange usually restricted to economic capital.

The premise is that design has the ability  to make infrastructure  resonate with cultural or social value, as seen in the case studies, which bestows infrastructure with the potential to accrue design capital. Support for this proposition is drawn from various methodologies of economic valuation and Bourdieu’s theory of  cultural capital, explanation of design methodology and education and a series of historical and contemporary case studies.  The book also addresses some of the more controversial outcomes associated with contemporary infrastructure: gentrification, globalization and consumer tourism. 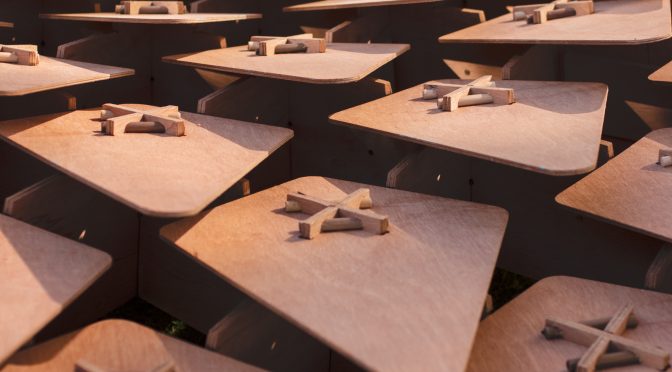 Registration is now open for the Robot Made Workshop and the Prefabrication of Wood Symposium. Join us in Feb!

We have finished the portable bandshell! Built for acoustics on a 24′ foot trailer this project is meant to bring chamber music to a public audience! 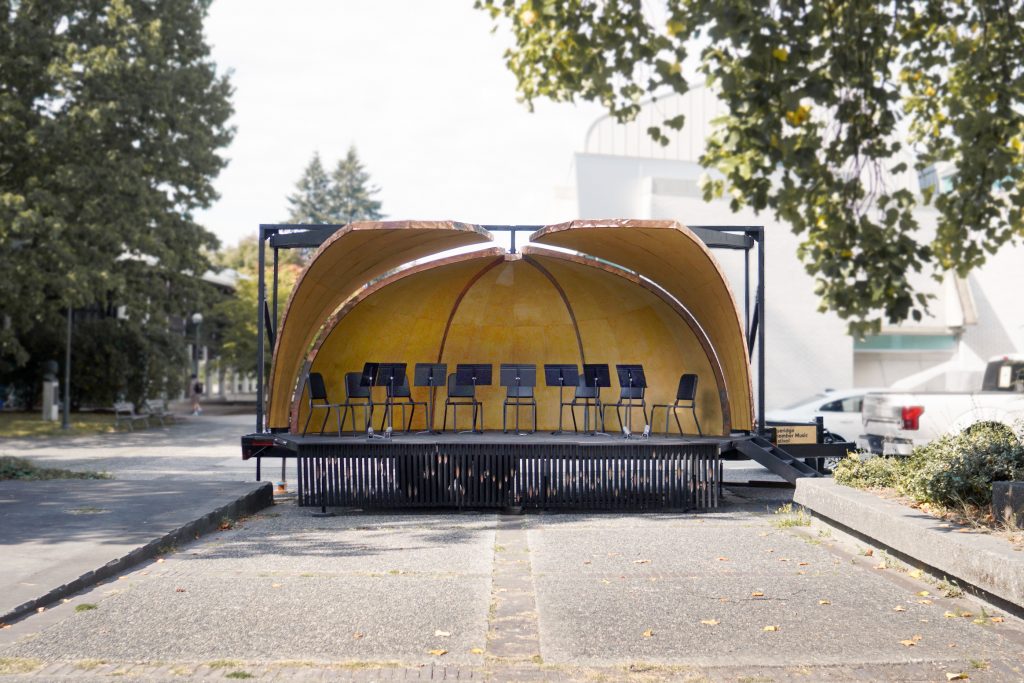 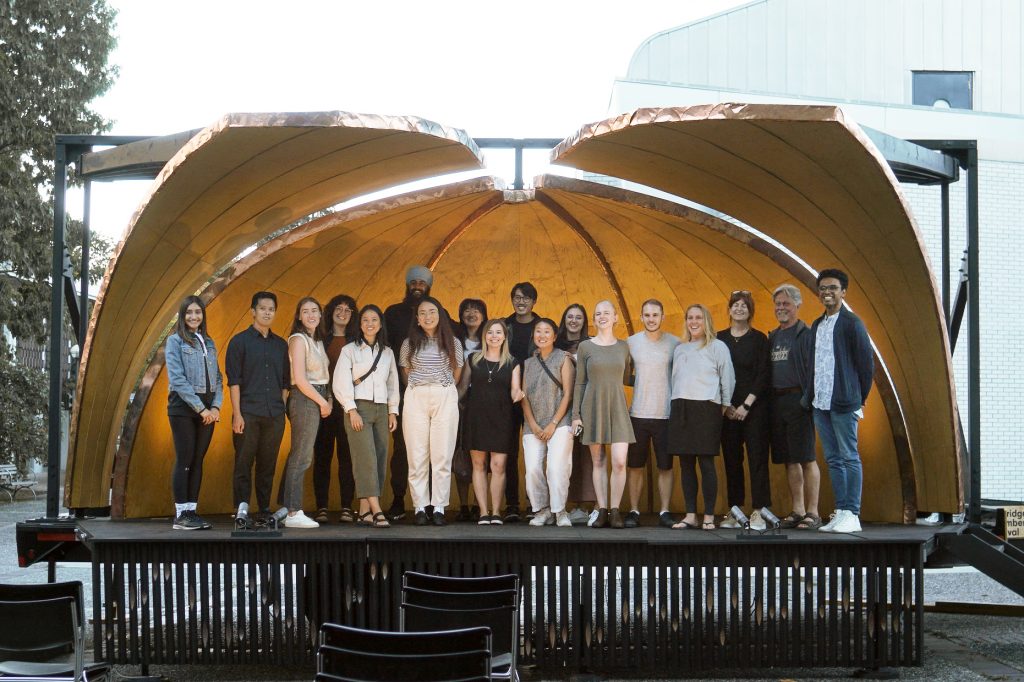 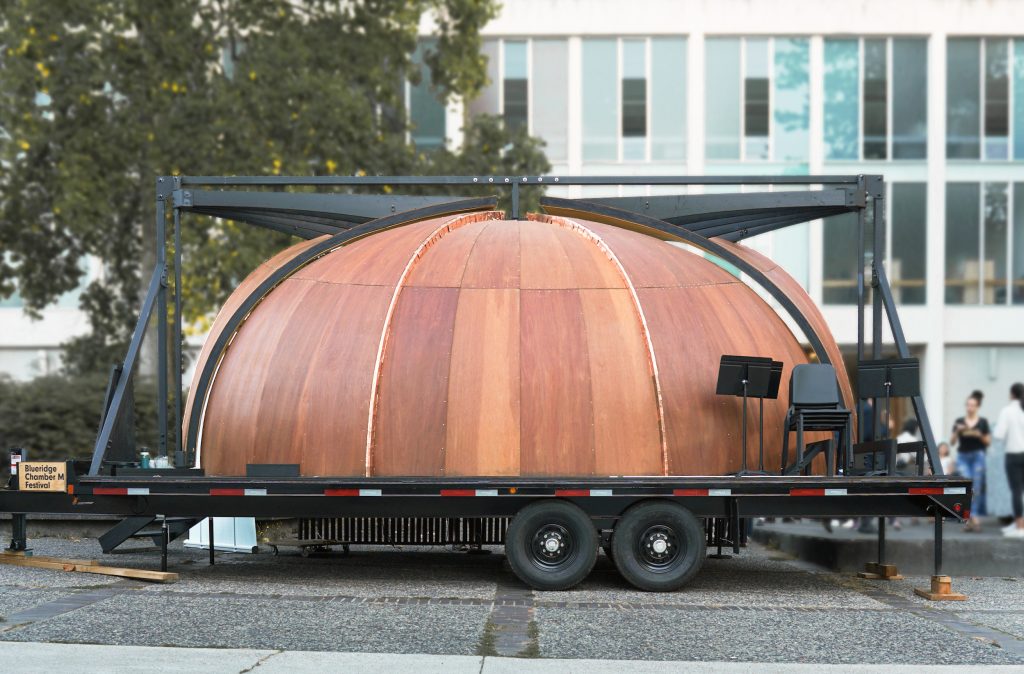 Check out the fantastic video on the Dragon Skin Pavillion!

Holzbau has written an article about the Dragon Skin Pavillion.

In the Driverless City, How Will Our Streets Be Used?

Architects apply the latest in fabrication, design, and visualization to age-old timber

A great book review of Driverless Urban Futures by Adele Weder for Canadian Architect which gives the book some context: