What to Do if a Cop Knocks (don’t talk, demand a lawyer). Details here: 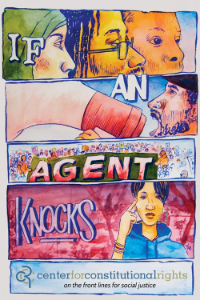 Merit Pay Surge in DC (Rhee or No Rhee): Chancellor Michelle A. Rhee announced earlier this year that she had lined up $31.5 million in private foundation support to help pay for the performance bonuses and base pay increases. Officials said Friday that they expected to spend $6 million on the bonuses in the first year. By fiscal year 2013, D.C.’s government will shoulder the burden….Then there’s teaching in grades four through eight: Students in those grades take the standardized exams in math and reading, and improved scores can earn teachers as much as $10,000 more.

School systems across the country have adopted performance-based bonuses in the past few years, but Washington’s bonuses are among the biggest. Teachers in Prince George’s County can receive as much as $10,000 in annual performance bonuses. Education Secretary Arne Duncan has encouraged school systems and states to adopt performance pay, and he made them a factor in decisions for Race to the Top, a $4 billion competitive grant program.

Will Reason Alone Overcome Merit Pay? Offering teachers incentives of up to $15,000 to improve student test scores produced no discernible difference in academic performance, according to a study released Tuesday, a result likely to reshape the debate about merit pay programs sprouting in D.C. schools and many others nationwide.

PBS On Merit Pay (and BankofAmericaisYourFriendfriendbankfriend):

The Rich Get Richer: The Cranbrook Kingswood class of 2010 has reported awards totaling nearly $6,800,000 in academic scholarships from colleges and universities – one of the largest amounts in Cranbrook Schools’ history. Based on previous years’ trends, additional scholarships are expected to be reported throughout the month of June. Over the past three years, graduating classes have averaged nearly $6.4 million in scholarships.

New Issue of Workplace on Academic Labor Around the World: “Global Perspectives on k12 Unions”:

Plus an Important Review by Steve Strauss: “Dave Hill’s foreword sets the tone, and there is no let-up in the chapters that follow. He initiates the book’s relentless attack on neoliberal education policy. One cannot be any blunter than to charge the criminal with mass murder. “Neoliberal globalizing capital condemns millions … to death” (xv), writes Hill. For the masses still alive, the outlook remains grim since neoliberalism “can cope with, co-exist with, extreme poverty and the existence of billions of humans at the margins of existence” (xv). Neoliberalism, as Hill notes, is “unfettered capitalism.”