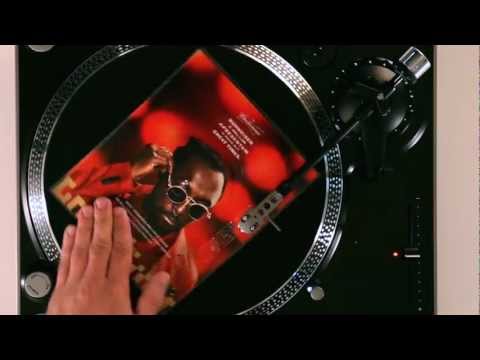 “Even in media, sometimes an old idea is worth revisiting. Budweiser’s latest campaign in Brazil is actually a collection of old ideas. Securing a high profile musician to front a campaign has been a standard advertising tool for many years, but when the combination fits, it works perfectly.” – Cream Global Before I was even born in the early 90’s, vinyl records had disappeared from mainstream music. With our generation came the rise of car radios, CD walkmans, mp3 music players, iPods, iTouches, and eventually even smartphones.

Beer, as we all know and love, is the go-to drink for TV, sports, and the “occasional” game of beer pong. Budweiser, the Anheuser-Busch InBev brand, had a major challenge at hand. Their solution? Budweiser made some music fusion in Brazil by promoting modern club music sensation Will.i.am through a hipster retro music format. They made a print ad that could be inserted into magazines as well as on a vinyl record player! The first use of such disposable vinyl records was actually in 1930, so it is nothing new… but the way that Budweiser used this technique added to the song’s exclusivity, helping both the singer debut his new song “Great Times” as well as helping the magazine sell out. Of course, Bud’s name also gained massive popularity during that time. Alternate versions of the ad were made into rudimentary speakers that you could plug smartphones into, as well as a scannable QR code for exclusive online access.

What a smart way to mash together something old and something new.

Hi Blog, it’s been a while. I hope to update you more often now.