… and I’m not sure why. So I decided to work on a post to try to write my way to understanding my reticence. 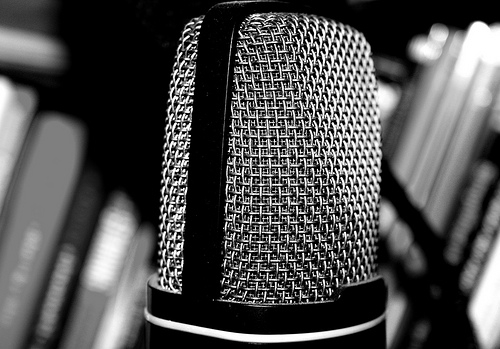 According to a University of Houston site,

Storytelling is an art

It’s not just about putting together a video through, e.g., Mozilla popcorn maker or putting some photos to music with Animoto. It’s not just about finding and learning how to use the many, many tools available for digital storytelling.

As Alan Levine (@cogdog) notes in his reply to a tweet during a recent etmooc twitter chat (#etmchat), the tools aren’t the most important thing:

@dimitristzouris I am not one not give weight to tools alone. One can create art or crap from any. #etmooc I’m not hip yet on vine.

The difficult part of digital storytelling is storytelling itself (as noted in this post). Determining what story you want to tell and how to tell it (regardless of the media used) are the hard parts. Finding the digital tools to use to tell it generally come after you’ve figured out what you want to tell (though Amy Burvall intriguingly suggests the opposite may work as well). But first, you have to know how to create art, not crap. And that’s hard to do. (One might start by looking at the Digital Storytelling Cookbook by Joe Lambert, a partial view of which is available for free on this site.)

I think that’s one of the main reasons I’m not really as engaged in this part of etmooc as I was in the “connected learning” section–I feel like I would need to know more about how to not create crap, yet all I think I’m really getting so far is a list of tools and examples of how they’ve been used. I suppose one can learn a lot from just watching examples of good stories being told, absorbing ideas on how to do it through those. But to be quite honest, I just am not into spending the time to do that. For it does take a lot of time–not just to learn the various tools to figure out which one you might want to use for a story, but also to figure out how to tell a story well. This could be a real time sink, and I have too many other things on my plate at the moment.

The other issue is that I don’t see myself using these methods and tools in my philosophy courses very much. I’m willing to spend the time needed for things I foresee using in courses, but I’m not seeing that for digital storytelling. I really value the written, argumentative essay format that we tend to focus on in philosophy courses. I don’t think it’s the only thing that anyone should ever use to make a point, but it can be a very effective way to make clear, concise arguments. And it takes a lot of practice to do well, which is why I emphasize a good deal of writing in my courses (and am working on how to teach it better, with more scaffolding, so that students work through the process step by step).

This isn’t to say that I can’t imagine using digital storytelling to make arguments in philosophy. On the contrary, I can imagine students telling stories like this one, or this one, or this one in courses where we discuss current events, ethical, social and political issues. I agree with Alan Levine when he notes in this video that “if you want to motivate, or inspire, persuade, stand out, be different, touch people, then tell a story.” I think that some philosophical arguments can be made even more strongly, perhaps, with a story (and a digital story wouldn’t hurt, because it can be shared so easily across the web). I see that.

Storytelling may give voice to individuals and groups who have been oppressed by a culture of literary dominance.

This is important–some people’s voices may get lost if we emphasize only reading and writing, if all we ever produce are written documents to make our points.

And yet, I’m still reticent. I think it’s because:

That last point is easy, right? Just read some things, watch a lot of digital stories, and practice, practice, practice yourself and you’ll figure it out. That’s probably true; but somehow, even after recognizing all of the above, I still just don’t feel excited enough to want to put the time in to do all that.

And I still really like and want to teach students how to do well at writing argumentative papers. Regardless of all of the above, that is still a valuable skill to have, and it’s something I know a good deal about already. I feel like I want to let others focus on digital storytelling in their courses if it grabs them as something they want to do, and I’ll still focus on writing. And that way, hopefully, students can get different options in different courses.

But why do I feel I must apologize for this, explain it, defend it? I suppose it feels like the written argument is already overdone, something that has been emphasized over and over in education, and now it’s time for something new, better and more inclusive. Writing argumentative essays does leave some people’s voices out, those who aren’t good, for whatever reason, at expressing themselves this way. And it is not always as good at capturing and inducing emotional reactions as something like digital storytelling. So it’s not good for every purpose.

But neither is digital storytelling, of course (as I expect those who promote it will also recognize). And for some people, it just doesn’t resonate as much as a good, clear, strong argument–e.g., for me.

I am a little into you

Of course, being not “that” into something can also mean one is still a little into it. I did play around with some six word stories (okay, one of them was three words) during the past week or so, and I really enjoyed that medium (note: no need to spend time learning new tools, since I already know how to use Twitter).

This one was about trying to put our rubbish bag in a place where animals couldn’t get to it. Impossible: either the possums climb the tree or the wallabies jump to the bag. You can imagine the results.

This one isn’t, strictly speaking, true–I did have conversations on my blog and Twitter before etmooc. But I have many, many more conversations now. So I used “soliloquy” for dramatic effect.

[This superhero pic and story were added Feb. 18, 2014] I haven’t done this myself, but I’ve also really enjoyed the six-word stories that others have been doing with images as well as text. Here’s one of my favourites, from Margaret A. Powers (see the blog post about the origin of this story here—these superheroes are window washing at a children’s hospital). 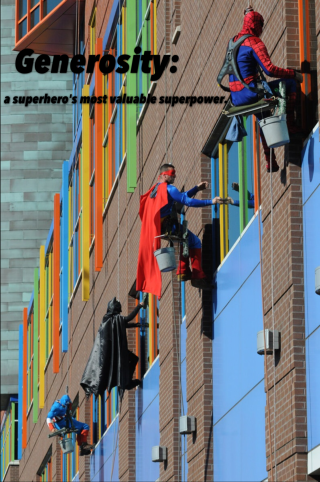 Also, I plan to use Mozilla Popcorn Maker to add some things to a true story of openness video I created for Alan Levine’s collection. I’ll upload that here later, when it’s done. [Actually, I ended up putting it into another blog post.]

Finally, I have a kind of digital story of my own etmooc experience (ongoing, in process) over at Storify.

In addition, by writing this post and watching some more digital stories in order to find good ones to link to this post, I have come to recognize that using digital stories would be a much better medium that written essays for making philosophical arguments that might actually have more of an impact on large numbers of people. Since I do have a great interest in philosophical discussions and philosophical thinking and reflection not being just something academics engage in, then creating more digital arguments myself, and encouraging students to do so, would be a good thing. Then our conversations about philosophical issues could more easily extend beyond the classroom. I can envision students creating digital stories, posting them online, and engaging in conversations with others who see them. I can imagine using digital stories created by others in my courses and then having students respond to them, comment, create their own stories as part of a conversation. It could be the start of an interesting conversation for the students and for others. I can certainly see the potential.

This won’t work for every course, though; sometimes you just have to write a clear argument to explain just why and how a certain part of someone else’s argument doesn’t work, referring exactly to the words said, page numbers, others’ arguments, etc. And I won’t give up on the emphasis on writing argumentative essays, either; it’s just that I can see the value in asking students to produce a digital story for one of their assignments in addition to writing papers.

Back to the beginning

Still, that adds on more work for them, too, in an already-crowded, 13-week term. They’d have to learn a new tool and learn how to tell a story well. And it would mean I’d have to figure out myself what makes for a story that is not crap, which I am still not yet excited enough to take the time to learn. So I’m back to my original problem.

Thus, for now, I am ambivalent. Perhaps I am in the minority, in that telling and watching digital stories just isn’t that engaging for me. And perhaps that is either my personality or years and years of training in text-based philosophy.

Does anyone else fell similarly? Or perhaps you can offer me more arguments why it would be worth it to try to push past my ambivalence?

(etmooc) Digital Storytelling, I’m just not that into you … / You're the Teacher by Christina Hendricks is licensed under a Creative Commons Attribution 4.0 CC BY