In the previous post I discussed why I don’t use a CC-BY-NC license for my blog, and won’t do so for any open educational resources I create. In this one I do the same for CC-BY-SA.

Some of the blogs connected to the OU Open Education course have opted for a share alike clause for their CC licenses–see, e.g., this post by Inger-Marie Christensen, this one by Guy Cowley, and this one by Gitte Bailey Hass. These express a desire to allow continued sharing of the work into the future, so that someone else couldn’t, for example, put an NC or ND clause onto the work later (well, they could, but, you know…).

The point of using a CC-BY-SA license seems to be to keep things free in the sense of “libre”: the work can continue to be not only reused, but also revised, remixed, redistributed (the four R’s, given by David Wiley). The idea behind CC-BY-SA is similar to the idea of “copyleft,” which is explained on the GNU site in terms of software: “Copyleft says that anyone who redistributes the software, with or without changes, must pass along the freedom to further copy and change it. Copyleft guarantees that every user has freedom.”

Now, initially one might think that this means the work would have to remain free (in the sense of gratis) in perpetuity; after all, if one put a CC-BY-SA license on a work, then any changes and redistribution would have to also have a CC-BY-SA license, so it would be available for free (no cost), right? Not necessarily–one can still charge money for something with a CC-BY-SA license. What is not allowed is restricting others’ ability to use and revise and remix and redistribute the work themselves. The legal code of the CC-BY-SA license says: “You may not offer or impose any terms on the Work that restrict the terms of this License or the ability of the recipient of the Work to exercise the rights granted to that recipient under the terms of the License.”

Whether or not you can charge money for such a work is a separate issue. It’s related, of course, in that making money is easier if you can stop others from distributing a work as well, but that doesn’t mean you can’t try to charge for it. One way this might work is with software: someone could create a new program based on some code that has a copyleft license, and the new code has to also have a copyleft license. But the program could still be sold, even though the code is openly available for anyone to use, change, redistribute. But there are many people who can’t do anything with the code, can’t figure out how to install the program on their machines, etc., so they might be willing to pay for the software. The GNU site has a good article on how copyleft doesn’t prohibit making money from software: “Selling Free Software.”

Some argue that one can use SA to prevent the sort of commercial enclosure discussed in my previous post, and that it would be a better tool for doing so than NC. For example, a booklet arguing against CC-BY-NC by Paul Klimpel explains (on pp. 12-13) that any work that uses something licensed CC-BY-SA, even when added to or mixed with things not so licensed, has to be released, as a whole, with a CC-BY-SA license as well–“and that is one thing most companies, especially larger ones, are not willing to do,” Klimpel’s translated text reads.

… if I produce a derivative work of a Share Alike licensed open textbook on my own, one that is significantly enhanced over previous versions, I can sell it, even though I must license it as Share Alike. As a result of the license, any person who buys it—for whatever price I set—can post it to the Internet and give it away for free. From that point on, the potential market value for selling the book has disappeared. 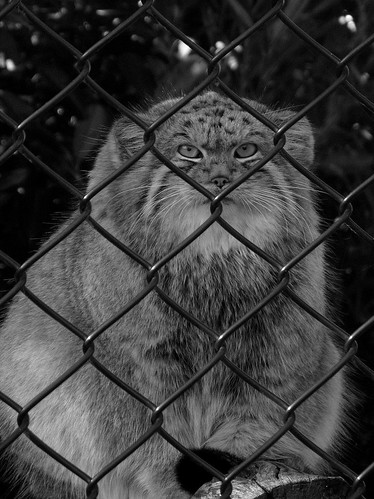 So perhaps CC-BY-SA would cover the concerns about commercial enclosure that Stephen Downes raises (see my previous blog post), and I share, though about which I am not worried for my own work? Downes would not agree; he argues here and here that charging money to access a work means it is no longer free, and here he states that copyleft licenses like CC-BY-SA embody a contradiction:

Downes then goes on to reiterate the argument that even if copyleft licenses supposedly leave the free (as in gratis) versions available, it doesn’t end up working that way because the free versions will be enclosed.

What will actually happen is an empirical matter that I don’t have the facts to try to predict, and it’s quite complicated, as this post by Downes and this reply by Wiley suggest. And, as I’m ultimately rejecting both NC and SA, I won’t try to go further into this issue here.

There is also a deeper, philosophical argument that can be advanced in support of copyleft principles. J.M. Pedersen argues here that copyleft licenses allow for “reciprocity in perpetuity,” in the sense that they allow one to take resources from a “commons” but also require that anything new done to them be returned back to that commons for anyone else to use.

The GPL [GNU General Public License–a copyleft license] ensures that everyone is able to access the Free Software commons, and also that everyone will act in ways that ensure its continuity (and in fact, growth) into the future. Reciprocity in perpetuity refers to an attitude of responsibility and responsiveness that is necessary in order for the commons to remain perpetually there.

Pedersen also explains that copyleft therefore creates a kind of community of people who agree to reciprocally share their work. This community is, in principle, open to anyone, but of course they have to be willing to engage in this kind of reciprocity: enjoying freedoms to use, to redistribute, and to improve works only if one is willing to allow others to do the same with anything one creates on the basis of them.

This idea of “reciprocity in perpetuity” expresses the desire that free works (in the sense of libre) remain free far into the future. CC-BY and CC0, for example, couldn’t guarantee that–they allow others to use the works in any way they wish, including revising them extensively and releasing the new works under copyright.

I respect this desire, and efforts to keep things libre into the future. It seems that in regards to CC-BY vs. CC-BY-SA, the choice comes down to giving others complete freedom to do what they want with your work vs. ensuring that more people, down the road, have freedom to use, revise, remix, and redistribute your work. There is one restriction that SA imposes that BY alone does not: one has to release whatever one creates from the SA-licensed work under an SA-type license as well. That’s not too much to ask for continued freedom of persons to use the material into the future, right? After all, one could say that the only restriction SA provides is restriction against further restrictions, as Rob Myers points out in this succinct post: “it does not stop you doing anything, it only stops you stopping others.”

But there are costs with SA, of course, as with any choice of license. And looking at those shows that SA does stop others doing some things. 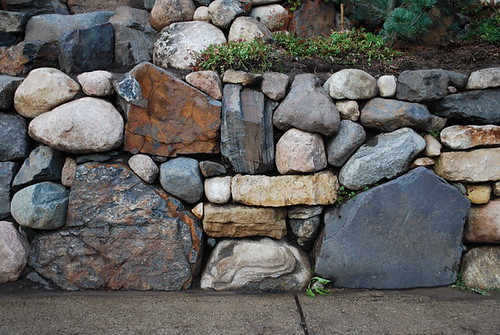 The most direct cost, though some might not think of it as such, is that one’s work is not available for revision, remixing and redistribution by those who do not want to use a CC-BY-SA license. I, for example, don’t even look at any works that are licensed as SA when I am looking for images for my blog, and I am not likely to for OER either, since I plan to use CC-BY for my OER as well. I just completely skip over things with NC or SA licenses (or ND, even though I could use ND images since I use them whole…I just go straight for the CC-BY stuff because it’s the safest).

David Wiley has explained the license compatibility issue arising from SA here, as has Leigh Blackall, here. The issue is that material licensed with SA (or another copyleft license) often cannot be combined with other material that also has a type of SA license into a remix (e.g., one can’t combine material with a CC-BY-SA license with material that has a CC-BY-NC-SA license, because both require that the remix would have to be released under a compatible license as each one). See this chart on the Wikieducator site, which explains license compatibility quite clearly.

Further, of course, the SA designation restricts the sort of license that can be put on the remix, so those who do not wish to use an SA license will simply not use such materials. Which means that, again, releasing one’s work under an SA-type license restricts the number of uses it can be put to, and therefore likely the number of people using it.

Now, this may not matter to some; they may rather want to enter into the reciprocity community Pedersen discusses (as noted above) and only release their work to others who will also share it with others in the same way. But in so doing they are restricting their work to fewer uses (which they may not care about). By using CC-BY (or especially if I choose to move to CC0), my work can be used by more people, which is something I do care about. I put it out there to be used, if anyone finds it of use.

I recognize that this could mean it may be used by more people initially, but then closed off. And that does still bug me–which is why, as noted in my previous post, I’d still like to have some other kind of instrument that would allow for commercial use but not total commercial (or other) enclosure, such that no free versions can be had. This may be impossible, but that’s what I’d like. But again, that ultimately seems unlikely for the stuff I do.

As with most things, the choice between CC-BY and CC-BY-SA comes down to which costs one is most willing to bear. I find SA much less problematic than NC, after all this research, and I very much understand the desire to try to keep works libre in perpetuity through the use of SA.

But ultimately, I think of it this way: I give away my work to be used by others, as many others as want to, and they create something new with it (and maybe with other stuff too). Then it’s no longer just mine; I’m not willing to require that they share it with others in a certain way. My stuff is still available for others to use as they wish; whatever new stuff is created may or may not be, for various reasons that I can’t even imagine at the moment.

I come back to the idea of giving my stuff away as a gift. Here, you can have it, and that means you can do what you will with it. Maybe you can do wonderful things I couldn’t imagine, and that wouldn’t be possible if I put more restrictions on it. Or maybe you’ll try to enclose it and not allow others to use it. But since I think the latter is less likely with my work than the former, I’m going with CC-BY.

CC-What? Part 2: No SA (#h817open, Activity 9) / You're the Teacher by Christina Hendricks is licensed under a Creative Commons Attribution 4.0 CC BY