I attended the biannual meeting of the American Association of Philosophy Teachers July 30-Aug 2, 2014, and got some fantastic suggestions/ideas for future teaching, as I did the last time I attended this conference. The AAPT workshop/conference is easily one of my top favourite conferences: it is so friendly, inviting, supportive, and there are great people to talk to about teaching philosophy as well as about life in general. I haven’t laughed this much, for so many days in succession, for a long time. It’s too bad this meeting is only held every two years, as these are people I’d sure like to see more often!

I’m going to take a few of blog posts to write down some of the (many) things that inspired me at this conference, that I’d like to try in my own teaching one way or another. There were many more things than I’m going to write about here—I have pages and pages of notes that I typed out during the conference. But in this and a couple of future posts, I’ll focus on just a few.

Broken feedback loop: when did you not respond well to feedback?

Rebecca Scott from Loyola University Chicago facilitated a session on closing the feedback loop, which started off in a really helpful way: she asked us to consider (among other things) times when we received feedback from someone (whether in the context of our academic lives or other aspects of our lives) and didn’t respond in the way that we now think would be most helpful. 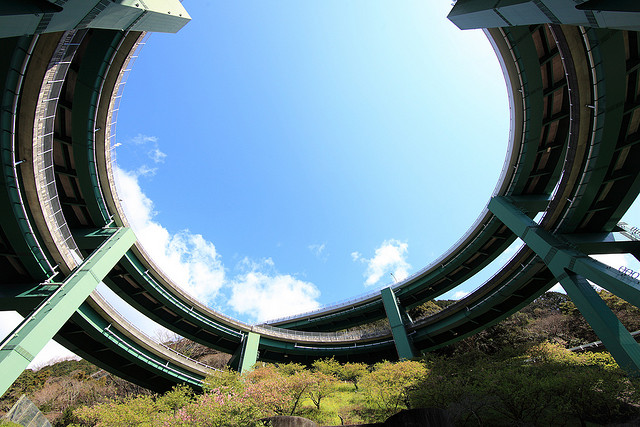 I won’t give details on either situation, but one of them had to do with feedback I received at the end of a course that utterly shocked and floored me. More than one student said that I did something that was so very far from who I think I am that I just couldn’t believe it was true. All I could think of was: “How could someone think I was doing that? There’s no way I did that! They must be wrong.” I didn’t entertain (at first) the idea that the feedback could be right in some way. It just didn’t fit with who I thought I was.

Remembering this situation helped put me into the mindset of students receiving critical feedback (or, at least, helped move me closer to that I hope), and not believe it, getting angry, indignant, even lashing out. When that happens you are not even allowing yourself to think that the feedback might be true; since it doesn’t fit with who you think you are, your own evaluation of the quality of your work, the truth must be that whoever said that is simply wrong. I’m reminded of Socrates who, at least in Plato’s texts, would show his interlocutors that they didn’t know what they thought they knew, and for some the reaction was to just assume that Socrates must be wrong and to get angry with him.

Why might feedback not be incorporated into future work?

We came up with numerous reasons during the session, which I wrote down:

The one that I find hardest to deal with (though many are quite challenging) is the first: the emotional reaction. It kept me from addressing my situation as well as I could have, and I can see how student emotional reactions could lead them to not want to even look at the feedback again or think about it at all.

A reflective assignment to close the feedback loop

Rebecca shared with us an assignment she gives to students that asks them to reflect on their feedback, that forces them to read it and consider it and reflect on what they want to change for the future based on it. And the first item on that assignment is a question, asking them what their immediate reaction was on receiving the feedback. The idea is that maybe if they have an outlet to write it down, to let you know their emotional reaction, this might help them move past it.

But I think the rest of the assignment might help with that too. Because it goes on to ask students to

How might all of this help with the emotional reaction issue? Besides making them continue to think about the feedback even if they get angry instead of just ignoring it, it also gives them a chance to give feedback on the feedback, to try to figure out what could explain the difference between the grade they expected and the grade they got, which could include thinking about the feedback and how it might suggest that the grade makes at least some sense. Or, if they disagree with the feedback, it gives them an outlet to do so, and the instructor can follow up with them later to discuss the issue.

How I’d like to adapt this assignment, and also address a couple of the other problems above

I like this idea of a reflection on the feedback that you submit to the instructor, but I also want them to have a kind of running record of the feedback they’ve received, the 2-3 things they want to work on for the next time, what they did well and want to keep doing, etc. In addition, I want to make sure that they have to look back at this feedback for the next paper they write.

1. For the Arts One course I teach, in which students write a paper every 2 weeks (12 over the course of a year), I think I’ll ask them to include on each new essay:

2. I would also like to institute a policy in terms of my own feedback: that I will point out one or two instances of a certain type of mistake, and ask them to look for more instances (if I saw more in the essay, that is). Then, also on the next essay:

3. Finally, I think it would be great if they could keep a learning log, digitally, where they keep track of, for each essay: the comments they’ve gotten from peers, at least two things from me that they want to work on, the things they’re doing well and want to keep doing. That way they have a running record and periodically I can ask them to reflect on whether there are any patterns/repeated comments, or whether they are getting better because certain sorts of comments aren’t being said anymore.

These things could hopefully all help with the issue of not connecting feedback on previous work to later work. But I have to figure out how much of this is adding too much work for the students, or whether it is all so pedagogically valuable as to be worth it.

Back to when I didn’t respond well

At first, I just shut down. So I can understand when students do that. I didn’t want to think about it and just wanted to move past it. But I did eventually do something: I emailed all my students and asked them to fill in another feedback form, anonymously, that would just go to me. I asked them to be as specific as possible, because I didn’t get quite enough details on the first one. I got a few more details on this second round, which helped me understand some of the concerns expressed and how students may have come to the conclusion they did (and even that I might have been unconsciously doing some of what they thought, even though I’m still reluctant to believe that). But not entirely fully. I think there was some miscommunication somewhere that I just can’t rectify now.

All the more reason to give students more of a chance to give feedback during the course so problems can be solved earlier! (I just did it once, during the first term, and not at all during the second: lesson learned!)

Closing the feedback loop / You're the Teacher by Christina Hendricks is licensed under a Creative Commons Attribution 4.0 CC BY