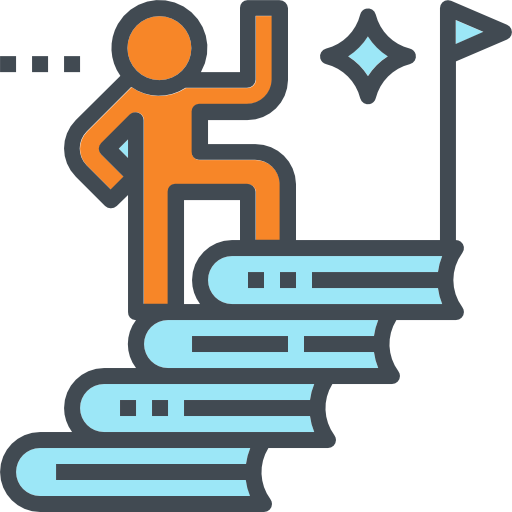 Success icon by Becris from www.flaticon.com, licensed CC BY 3.0

I am back to planning a course using the Integrated Course Design model by Dee Fink, outlined in this document & set of worksheets. I worked with this model and the same course about a year ago, and blogged about it briefly here.

Now I am preparing for a presentation on using Fink’s ideas for developing course goals and assessments, as well as using David Wiley’s suggestion of practicing open pedagogy through using renewable assignments (which I discuss in this article). I’m presenting on this at the upcoming American Association of Philosophy Teachers’ conference, which is held every two years and is easily one of my favourite conferences–it’s filled with people who love teaching philosophy!

Here in this post, I’ll focus on drafting learning goals with Dee Fink’s Integrated Course Design. I’m also presenting on Wiley’s idea of “Renewable Assignments,” and I’ve already reflected on some ideas for those in a previous post.

I’ve been working on my Philosophy 102 course again, because even though I’ve taught it many times, I’m still not entirely happy with it. I feel like it could be more engaging for students, and since there really are few restrictions on what I can teach in that course (it’s an intro course focused on value theory…anything within that is fair game) then there’s a lot of freedom to consider how to make it more engaging.

Like last year, I’m using Workflowy to do the planning. Here’s a link to the part of my Workflowy list about this course that focuses on the learning objectives. While I find Workflowy excellent for planning in list format, it’s not so great for long-form reflecting, so I’m moving over here to my blog for that.

One of the things I love about Fink’s model for course design is the expanded kinds of learning goals he asks one to consider. He suggests setting goals in the following areas:

On my Workflowy list I went through each of these areas and answered the questions (see here for my answers), and then came up with a draft list of Learning Objectives for the course as a whole. Here they are in their current form, but if you go to the link in the last sentence, you can see any updates I make later.

Now, one of the great things about Workflowy is that I can go through and tag items in my list so as to just view them on a page and clear everything else out. I found a number of things in the 6 areas of learning goals (Foundational Knowledge, Caring, Learning how to Learn, etc.) that were not reflected in my draft set of learning objectives. I tagged them with #attn (for attention) and was able to just focus on them. Here is what I don’t have in my learning objectives or ideas for course activities yet:

Here is where I start reflecting on the things I’ve marked “attn,” above. It’s interesting to me that the ones I’m having the most difficulty with are the ones I hadn’t really thought of much before reading Fink’s work–goals about caring, the human dimension, and learning how to learn. My course goals were more content-focused before that.

I’m going to start with the hardest one, in my view. How do I get them to care about certain things, if they don’t already? I feel the need to tread carefully here, as there are ethical concerns with trying to change people’s values when you’re in a position of significant power in comparison to them. I don’t think I should require students to care about certain things so much as show evidence of doing certain things (whether doing so has entered into their emotional or value structure deeply is their own concern).

One thing I could do is to model my own enthusiasm in striving to unpack my own assumptions and produce sound arguments, model respect in discussions, and show how I think of myself as working with them to address the problems we are discussion (which I do think, and I can model that). I can also explain why I believe those things are important, as a way of explaining why I require them, and then these reasons may resonate with others as well.

So while I don’t think the Caring goals will show up in my learning objectives, they will operate in how I teach, and how I explain why I’m teaching that way.

Learning How to Learn

This was a very useful reflective exercise for me, even though it’s probably too long for others to read! And one thing I learned is that without realizing it, I’m already doing a few things that are helping to support the learning goals I thought at first I wasn’t addressing!

More course planning with Dee Fink / You're the Teacher by Christina Hendricks is licensed under a Creative Commons Attribution 4.0 CC BY