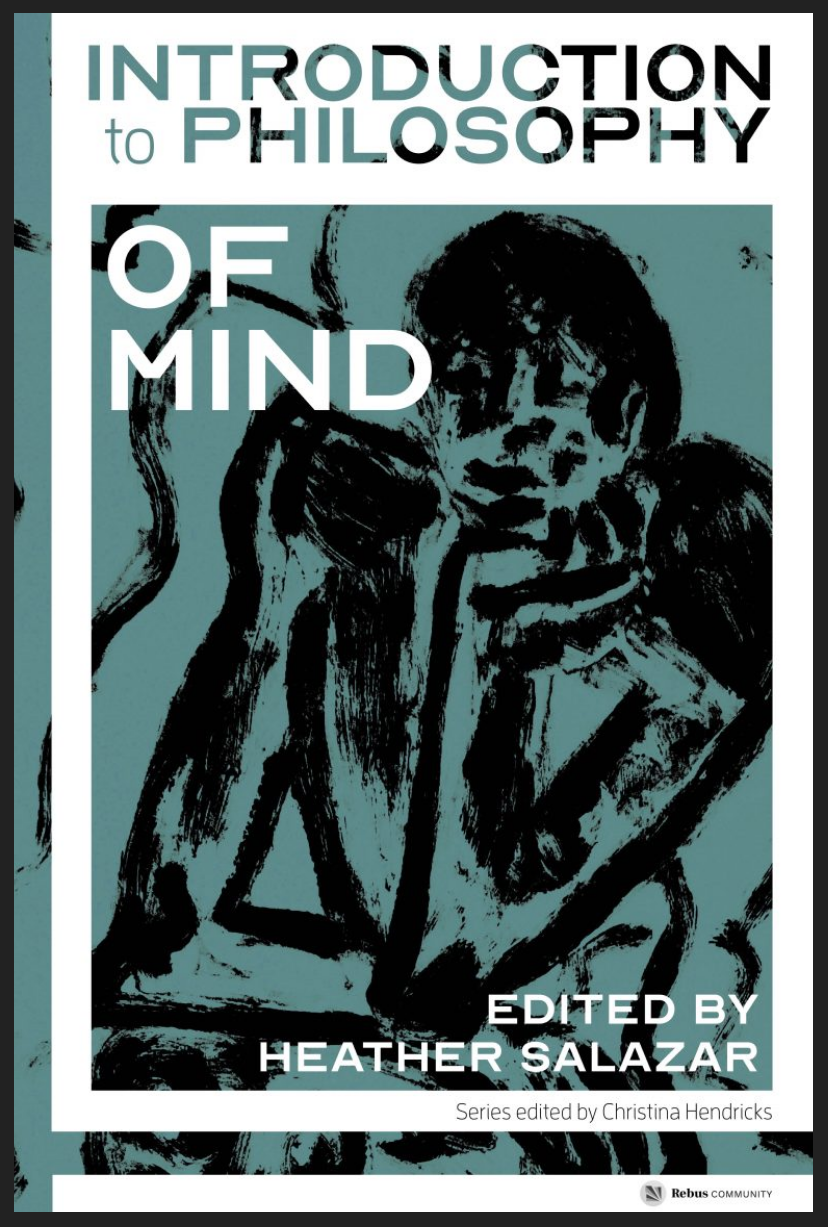 Cover for the book Design by Jonathan Lashley, art by Heather Salazar. Licensed CC BY 4.0.

As noted in my last post, I’ve been working with a number of people on a series of open textbooks for Introduction to Philosophy courses, published with the support of the Rebus Community.

And we now have the first book in a planned series of nine books published: Introduction to Philosophy: Philosophy of Mind, edited by Heather Salazar.

This has been quite a long time in the making; some of the story of how we got to this point is in the previous post, though I need to sit down and write a longer post (or series of posts) to tell more of the story. Suffice it to say at this point that this book, and the other books currently in process, would not have happened without the hard work of the book editors for each book, the authors of chapters, the peer reviewers, copy editors, those helping with formatting in Pressbooks, our cover designer Jonathan Lashley, and many more. Special thanks goes to the Rebus team, including in particular Apurva Ashok (who has helped quite a lot in the last year or two) and Zoe Wake Hyde (who was deeply involved in the project at the beginning. And Hugh McGuire for believing in the project enough to take us on as a pilot in the early stages of Rebus!

Intro to Philosophy of Mind published / You're the Teacher by Christina Hendricks is licensed under a Creative Commons Attribution 4.0 CC BY