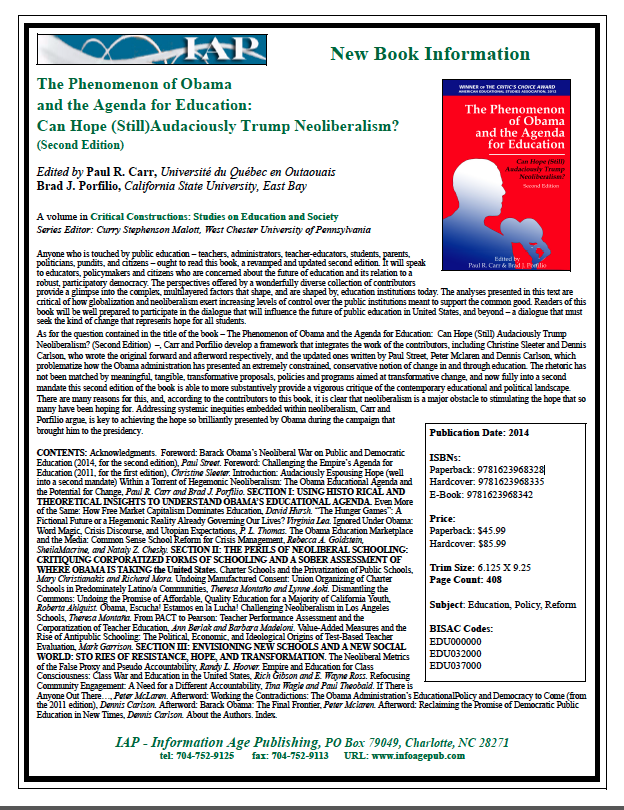 Accountable to Whom? Teacher Reflections on the Relationship Between Creativity and Standardized Testing in Ontario
Catharine Dishke Hondzel

Abstract
This paper describes the reactions and emotions teachers experienced when asked to discuss the impact standardized achievement testing in Ontario has on creative classroom practices. Using an interview guide format, eight teachers were asked to consider their perspectives on, and practices related to fostering creative behaviours in children, and their own creative teaching methods in light of accountability legislation. The responses teachers provided varied from bitterness and disappointment with the way standardized achievement testing influences their schools and classrooms to acceptance and optimism for the children’s future academic success. The results of this examination are framed with reference to accountability legislation in Canada and the United States, and the potential lasting effects of a high-stakes testing environment.