Here is a full listing of forthcoming articles in Critical Education, from March through September 2015:

Volume 6 Number 6
March 21, 2015
‘That would give us power…’ Proposals for Teaching Radical Participation from a Society in Transition
Edda Sant
Manchester Metropolitan University

Volume 6 Number 9
May 1, 2015
Speaking Back to the Neoliberal Discourse on Teaching: How US Teachers Use Social Media to Redefine Teaching
Kessica Shiller
Towson University

“Headlines from the Dustbin of History (Afghan Dept.)”
By Tom Engelhardt, TomDispatch.com, posted May 19

“The Secret Sharer: Is Thomas Drake an Enemy of the State?”
By Jane Mayer, The New Yorker, posted May 15
On the Obama administration’s attack on whistleblowers

“The Bin Laden Killing and American Exceptionalism”
By Michael H. Hunt, History News Network, posted May 13
The author is a professor of history emeritus at the University of North Carolina

“The Crash and Burn of Old Regimes: Washington Court Culture and Its Endless Wars”
By William J. Astore, TomDispatch.com, posted May 12
The author, a retired Air Force lieutenant colonel, teaches history at the Pennsylvania College of Technology

“Torture Is Never Legal and Didn’t Lead Us to Bin Laden”
By Marjorie Cohn, Portside.org, posted May 11

“The Double Game: The Unintended Consequences of American Funding in Pakistan”
By Lawrence Wright, The New Yorker, posted May 7

“Why I Don’t Feel Much about Osama’s Death”
By Gary Leupp, CounterPunch.org, posted May 5
The author teaches history at Tufts University

“Where Have All the Graveyards Gone? The War That Didn’t End War and Its Unending Successors”
By Adam Hochschild, TomDispatch.com, posted May 3

“The Libyan War, American Power and the Decline of the Petrodollar System”
By Peter Dale Scott, Asia-Pacific Journal, posted May 2

Here’s a very brief clip that gets to the heart of John Dewey’s thought on schools and society. 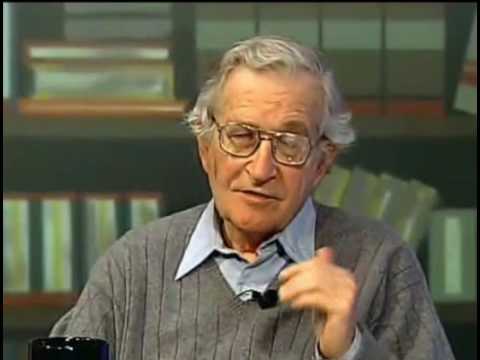 Last November in Houston, TX, I participated in symposium titled “The Future of Patriotism”, which was cosponsored by the College and University Faculty Assembly and the International Assembly of the National Council for the Social Studies.

The session included a wide variety of perspectives on patriotism, with talks by Suzanne A. Gulledge (U of North Carolina), Rodney Reeves (Florida State U), Masato Ogawa (Indiana U), Joel Westheimer (U of Ottawa), James Leming (Saginaw State U) and me. The discussion that followed the panel was quite rich and illuminating. I’m pretty sure Leming’s provocative comments were generating the most light, as well as a bit of heat (which is good).

US Patriotism as Viewed from a (Short) Distance
E. Wayne Ross

“Revolution is not ‘showing’ life to people, but making them live. A revolutionary organization must always remember that its objective is not getting its adherents to listen to convincing talks by expert leaders, but getting them to speak for themselves, in order to achieve, or at least strive toward, an equal degree of participation.” —Guy Debord [“For a Revolutionary Judgement of Art”]

For the last five years I’ve lived in Vancouver, British Columbia. I don’t have any intention of moving back to the United States, but even though my spouse and son have always been Canadian citizens (my son is a dual citizen), I have yet to apply for permanent residency. I’m up there working away thanks to NAFTA, an example of free trade in human capital.

When I’m asked about my status in Canada it is always by Americans. Canadians never inquire about such things. “Have you become a Canadian citizen yet?” my compatriots ask. And my answer is usually along the lines of “I’m already a citizen of one country and I’m not so sure about how that’s working out, so why would I want to join up with another one?”

Indeed, the worst thing about living in Canada, besides the wild fluctuations in the Loonie, is that I ordinarily have to endure two national anthems at Vancouver Canuck hockey games.

“Are you proud to be an American?” I’d have to respond to that question pretty much the same way the late, great social critic and comedian Bill Hicks did: “Uh, I don’t know, I didn’t have a lot to do with it. My parents fucked there, that’s about all.” Okay, that’s a vulgar and flip response, but it does make point that being a patriot is, for most people, an allegiance based upon an accident of birth.

Patriotism can be parsed in different ways, but in the US it basically comes down to love of country and often a willingness to sacrifice for it. Ritualized performances—such as pledging allegiance to the US flag, singing the “Star Spangled Banner,” voting in elections, jingoistic holidays, buying Chevrolet Trucks, symbols like the yellow ribbon and linguistic tropes like “Support Our Troops,”—are aimed at promoting “love of country.” Indeed, American patriotism results from a hegemonic branding campaign aimed creating a population who see their interests as one and the same as the state. And I’m reminded of this every time I watch the overwrought patriotic displays presented prior to every NASCAR race (and I watch these races weekly as I am from Charlotte, North Carolina).

When asked, “do you love your country?” The first response needs to be another question: “What do you mean by country?” Here I’ll cast my lot with the Noam Chomsky who in response to this question said:

Marx and Engles were also deeply critical of the state describing it as “nothing but an instrument of oppression of one class by another—no less so in a democratic republic than in a monarchy.”[2] In the US, government policies that are driven by the interests of the capitalist class have created staggering levels of inequality in education, the economy, health care, and pursuit of justice.[3] Recent events have clearly illustrated the stranglehold Wall Street has on the federal government, and this most certainly did not change on November 4. Indeed, the US government is for all intents and purposes an “executive committee of the rich.”[4]

Alternatives to Patriotism American-style—Examples from North of the Border
Patriotism can be conceived as simply a commitment to a community—as opposed to one’s narrow individual interests, which opens the door for us to express affinity with communities other than country/government/state. George Orwell limits his definition of patriotism to acts that are defensive. Patriotism, he wrote is “…devotion to a particular place and a particular way of life, which one believes to be the best in the world but has no wish to force on other people.”

I believe Orwell’s definition works in reference to Canada. Canadians generally have much greater faith in government than Americans. The Canadian state is much kinder and gentler than the American state. But it has engaged in its share violent acts as part of the British Empire and in its own name. Racist, discriminatory laws targeted Chinese and South Asian immigrants; the indigenous peoples of Canada have been subjected to literal and cultural genocide; and there is the current war in Afghanistan to name a few examples. But patriotism in Canada is not the issue that it is in the US. What is at issue north of the border is the question of what it means to be Canadian. What it means to be American is not a question that is often considered because the dominant strain of “American patriotism” fixes that idea.

Yes, Canadians are proud of the symbols such as the Maple Leaf (and/or the Fleur de Lis). And Remembrance Day is still, more than anything else, a commemoration of the Armistice. While America patriotism is prepackaged and given the hard sell, Canadians seem to always be engaging the question of what it means to be Canadian.

Here are some examples.

Canadian identity is closely tied to the state institutions such as official bilingualism, the Canadian Multiculturalism Act (1985) and the Canada Health Act.

Canadians jealously guard their health care system and are proud of its basis in a utilitarian ethic where the metric of the system’s success its contribution to the care of all persons. Initiatives aimed at enhancing private health insurance and for-profit health care delivery systems are considered by many as “un-Canadian.” In health care debates, the conflict between corporate profits and the literal well-being of the populous is clearly established. Indeed, Tommy Douglas—who as Premier of Saskatchewan (1944-1961) led the first socialist government in North America and introduced universal public healthcare to Canada—was voted “The Greatest Canadian” of all time in a nationally televised contest organized by the CBC.[5]

A second example is Canadian Multiculturalism Act, which recognizes and promotes the understanding that multiculturalism is a fundamental characteristic of the Canadian identity and that it provides an invaluable resource in the shaping of what Canada is and will be. Canadian multiculturalism is most certainly contested terrain, but that is the point. The cultural pluralism of Canada is not merely about allowing groups to maintain their cultural identities within a dominant culture. But, the cultural diversity itself defines, in part, what it means to be Canadian.

And thirdly there is phenomenon in Canadian politics that is completely unfathomable in the US context: Bloc Québécois. The BQ is a left-wing, ideologically driven, regionally based political party whose primary aim in the creation of a sovereign nation of Quebec. The party is, of course, orientated towards Quebec and it’s not surprising that there is little or no support for the party outside the province. While its impossible to imagine a party with these characteristics having legitimacy on the national scene in the US, the Bloc Québécois was Her Majesty’s Loyal Opposition in the Canadian Parliament from 1993-1997.

While folks like Westheimer and others are making valiant efforts to reclaim American patriotism as democratic. I don’t believe that patriotism is a salvageable concept, particularly in the US context. The mainstream of American patriotism today—the product of that hegemonic branding campaign aimed creating a population who see their interests as one and the same as the state—is a betrayal of the revolutionary ideals that birthed United States: the emancipation of the common person; the creation of participatory democracy; a voluntary federation of local communal institutions, perpetually re-created from below.[7] I think Guy Debord’s thoughts on revolution are relevant here:

“Revolution is not ‘showing’ life to people, but making them live. A revolutionary organization must always remember that its objective is not getting its adherents to listen to convincing talks by expert leaders, but getting them to speak for themselves, in order to achieve, or at least strive toward, an equal degree of participation.” [8]

[4] Gibson, R. (2005). The search for what should be, within what is, by critical educators. Journal of Critical Educational Policy Studies, 3(1).