Pohlia annotina is commonly found growing in disturbed areas such as on banks, near watercourses, on trail margins as well as in gardens that have been neglected.  Scattered patches of this species can be seen under the boardwalk at Camosun Bog.

This species has a circumtemperate distribution that is disrupted in the Northern Hemisphere. In the east of North America, it occurs from southern Newfoundland, down to Georgia and east to the Great Lakes. In the west, it can be found in southeastern Alaska, down to northern California and as far east as Idaho. 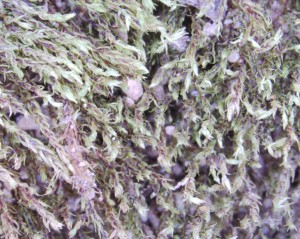 The gametophytes are typically pale green to yellow-green in color and form loose tufts. 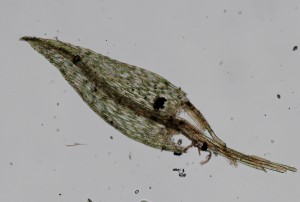 The leaves are ovate-lanceolate in shape. The leaf bases are often decurrent, extending down the stem below the insertion point. 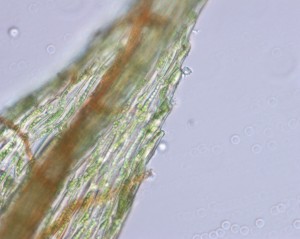 A single strong costa extends almost to the apex. The margins near the apex are often minutely toothed.

The lower parts of the stem are often reddish in color, while the upper parts are green. They are usually un-branched, with few to many rhizoids present near their bases. 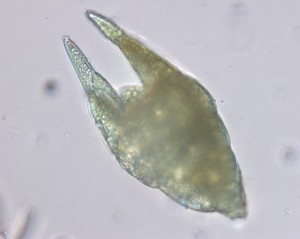 Pale green gemmae in the form of bulbils are produced in clusters and are typically abundant from autumn until the spring. Gemmae can vary in shape, from ovoid to wedge-shaped to elongate and twisted. Note the presence of peg-like leaf primordia. 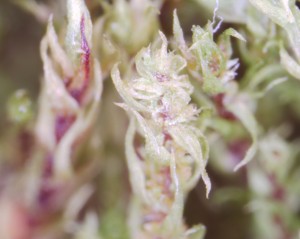 The gemmae are borne in the axils of the upper leaves, generally 2-5 per leaf.

The sporophytes are relatively frequent and they tend to mature in the late spring. As they mature, they become red-brown in color and are not glossy. 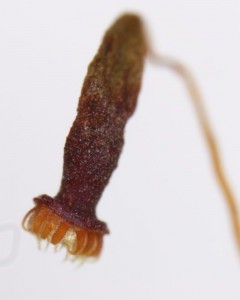 The pear-shaped sporangium, which is yellow-brown to brown, can be horizontal or slightly pendent. The operculum, when present, is cone-shaped while the peristome teeth are papillose and yellow.

The seta of this species ranges from 1-2 cm long, but occasionally longer. It is typically yellow-brown in color.