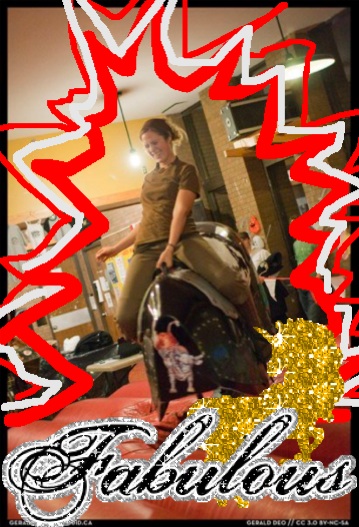 She beat Blake Frederick in this event, too. (Gerald Deo photo)

Sparkle Rainbow reason: Nothing says “listen to me at the negotiation table” quite like axe-throwing.

Real reason: Nat Swift or Bijan Ahmadian?  These have always been the choices.  Sean Kim presented a surprisingly strong platform as an outsider, but in the radio debates he tipped his hand and showed how little he understands of how the university and the AMS work; saying we need to increase awareness of the Olympics on campus was, for these editors, the last straw.

Much has been made of Bijan’s 11 years of experience, and by this point there can be no doubt he knows the system inside and out.  In addition, he’s gone out of his way to address, time and time again, questions that he’s too well-connected to the university to fight wholeheartedly for students’ concerns.  Whether or not he was successful in allaying these fears, well, that’s another story.

Nat Swift, on the other hand, has had to fight against constant accusations that her experience is too limited, even though she’s already represented a student body.  Yes, compared to Bijan, she’s a relative newbie.  However, she’s got some impressive endorsements, including that of Dr. Darren Peets of Fire Hydrant fame, Friends of the Farm (although this could be more in retaliation to Bijan than anything) and our last great President, Mike Duncan.  She also represented herself well in the debates and proved to have a good grasp of the issues facing the society.

So here’s the thing.  The role of the President this year will be, more than anything, as a leader—of their executive committee, and of an increasingly polarized campus political community.  Our power as a student body has been fragmented in recent years by some fundamental disagreements on what we should be doing with it, and we’ve lost the advantage of a good relationship with the University.  Natalie not only has the drive and potential to overcome her lack of experience, but more importantly, she comes with no barriers, bad blood, or other strings attached. 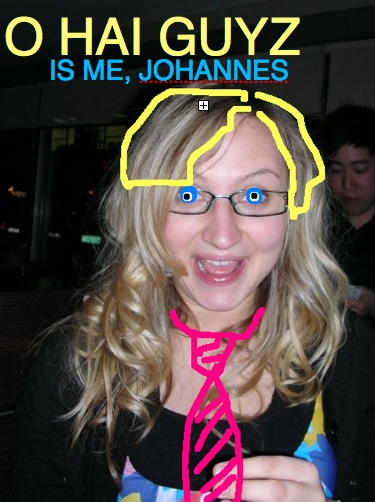 Real reason: In one of the more impressive races, Ekaterina and her opponent, Michael Haack, both presented strong and knowledgeable platforms, and we’re pretty convinced that either would do a fine job.  However, it was Ekaterina who won us over in the debates.  She was polished, professional, and engaging, and frequently had better or more complete answers than Haack.  She also chose to be present for both, and we see that as an important quality. 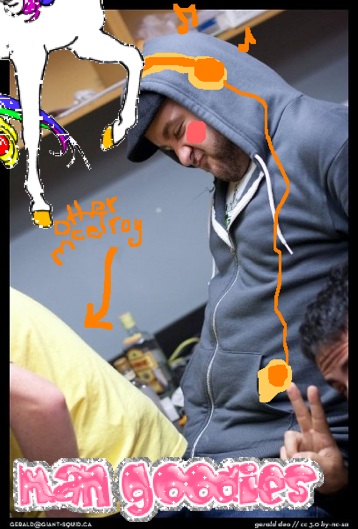 Real reason: While the temptation to endorse Aaron Palm was great, Jeremy had an extremely impressive platform based on realistic goals of true representation at a provincial level, affordable access to transit, finding solutions to student housing, and revamping the student loan program (yay! It sucks harsh right now).  Compared to the rest of the candidates, Jeremy represents himself well and would be a great voice for the AMS. His ability to recognize the need to establish a BC Coalition of Student Unions to effectively lobby the government sets him apart, and his past experience in engaging the student body makes us do a little dance. (Whether or not we’d like to engage his student body had no bearing on our vote, we promise.) 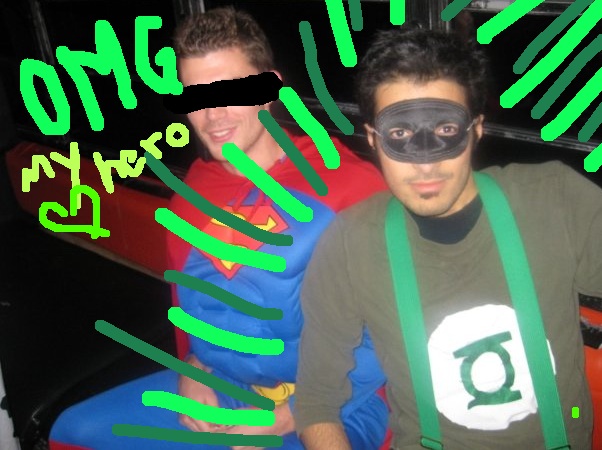 Real reason: His opponent was invisible and Elin said or did nothing that would raise concerns for us about his being underqualified.  He seems to have the personality for it, has a reasonable amount of experience, and would most likely work well with other members of the exec. 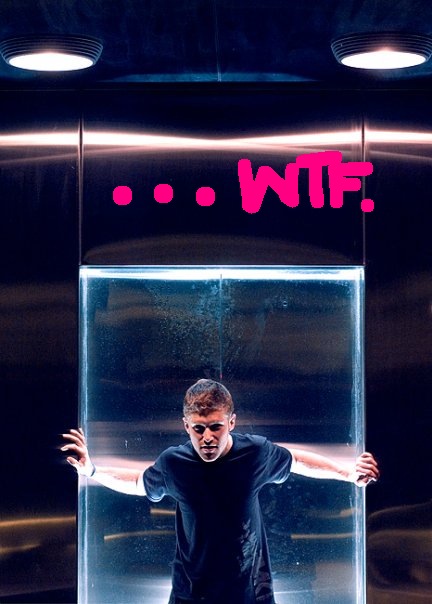 Real reason, long version: Other, more knowledgeable folks, have talked about why this race was ‘spoiled’ and we tend to agree.  Neither Ben nor Rodrigo really impressed us with their campaigns.  Rodrigo did, however, impress us with his campaigning—he was friendly and quite open about asking media outlets for interviews, even those that he knew would disagree with him.  He showed a sense of humor in his dealings with our pink sparkle madness, and we have no doubt that whatever he did in office, he’d do it with absolute passion and commitment.

HOWEVER.  That passion and drive seem to subordinate a lot of his common sense and, in addition, a lot of horse sense about the way things work around here.  Rodrigo comes across as a bit of a loose cannon who might, in the end, work on the establishment of his research group to the detriment of any of the other projects in the rather large VP Academic portfolio.  For him to be an effective VP Academic within the context of a cohesive Executive team seems unlikely; at best it would require a strong leader with the additional time and energy to keep an eye on his projects.  In short, Rodrigo impressed us as a political leader, but NOT as someone well-suited to hold this office.

So, our thoughts on how to fix this race? Rodrigo was the only candidate who answered our survey who had a clear-cut idea of how he would achieve his goals should he not win his position.  His most important issue was the protection of the UBC Farm, and he had several good ideas of how to do this.  In this light, we’d actually like to see Rodrigo continue to do what he does best—be a loud, outspoken, cantankerous thorn in the side of the complacent political system on this campus.  And we’d encourage Ben to listen—often, and with an open mind—to what his former opponent thinks the Academic office ought to be addressing.

A race that became quickly overloaded and has failed to reduce or spread out; it’s disturbing that, despite covering these elections from day one, neither editor could say with certainty how her vote would go.

Joël Mertens and Johannes Rebane are generally acknowledged as being the most experienced, and we’d like to see them in the final five.  Rounding out our vote, Spencer Rasmussen seems to be well-informed, as does Ryan Bredin.  Nader Beyzaei and Alyssa Koehn both have specific platforms they’d like to see implemented, but seem sketchier on the details.  Alyssa in particular impressed us by using social media to ‘attend’ her debates despite being at home sick, and AJ Hajir Hajian campaigned well and raised some interesting points.  Toss a coin, or decide which platform appeals to you most.

NB: Of those remaining, apparently Blair’s a bit of a dick.

Actual reason: Azim shone in his debates and proved himself to be easily the most knowledgeable and well-connected of the candidates; a total shoo-in.  We have doubts about Blake’s ability to liaise with the university, and Guillaume seemed spotty on some important issues.  Sean was as well-informed as any of his competitors and clearly inspires loyalty in his campaign team, if Allen Chen’s continued attendance at debates was any indication.  We think his strong emphasis on consulting students, coupled with Azim’s painstaking knowledge of the system, could prove to be a Deadly Force for Student Democracy.  Look for a Bennifer-esque portmanteau should our endorsements play out in the polls. 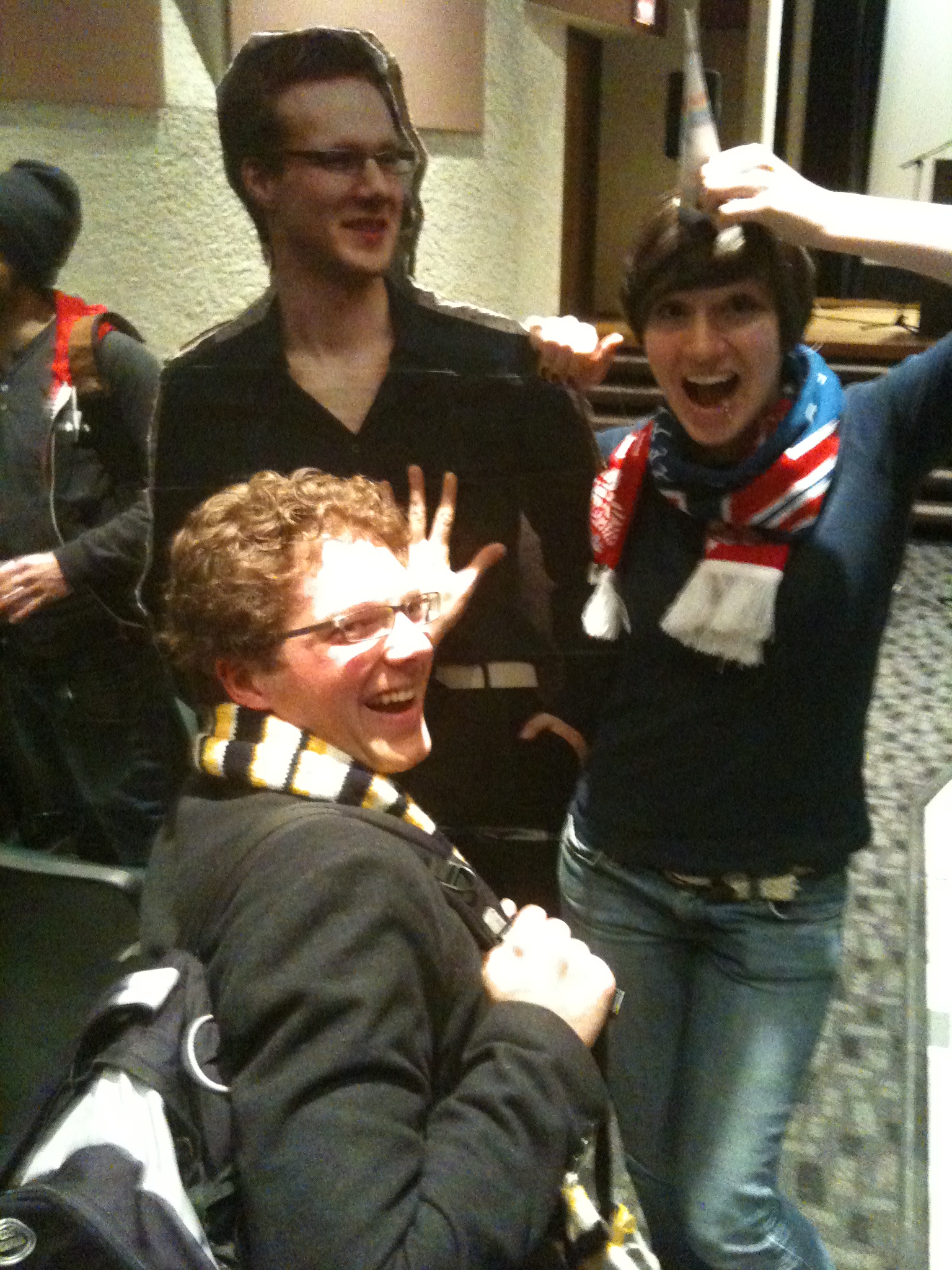 We got fan mail (see unicorn horn) and pictures with the cut out of Sean Heisler.

Actual reason: She answered our survey.
No, seriously.
Of the three terrifyingly young and inexperienced candidates remaining in this election, Brittany is the only one who even seems to be /campaigning/.  Her grasp of the issues is shaky, but she’s at least identified a few.

That said, with the way this particular race has been run and the candidates we’ve seen, I am, for once, glad that the International Student seat is non-voting.

Ubyssey Board: All Candidates

Actual reason: Anyone who voluntarily signs up to spend a year listening to Paul Bucci gripe about what he could have done better if those darn meddling kids hadn’t gotten in the way deserves our vote and yours.  This year’s batch of Board candidates have some lofty ideas about internet content which will totally be taken into consideration, absolutely you betcha. Bloggers? holy shit, we never thought of that!

(NB: Sunshine Puppy News encourages its readers to consult official Ubyssey recommendations on this issue before arbitrarily accepting our advice.) 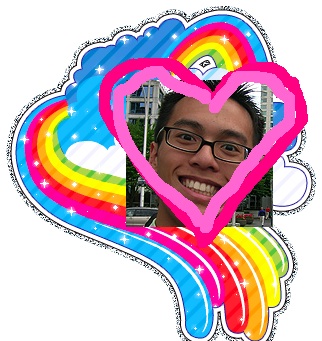