Animal welfare and rights groups are vehemently against badger culling, instead calling on a focus on vaccination programs to eradicate bTB instead. Primarily these groups are concerned with badger welfare and conservation issues that may result from culls. Activists have been deeply involved in protests, petitions, and running websites against culling efforts, often using graphic imagery, as shown below: 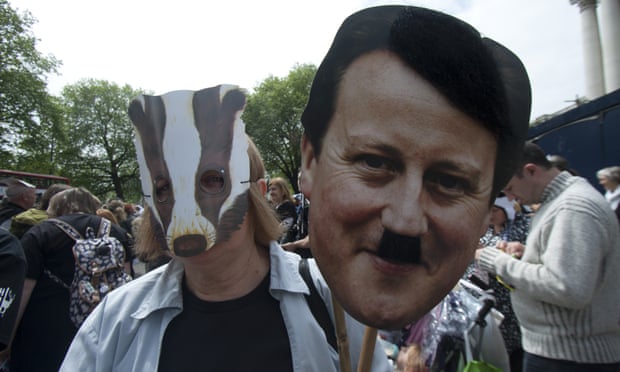