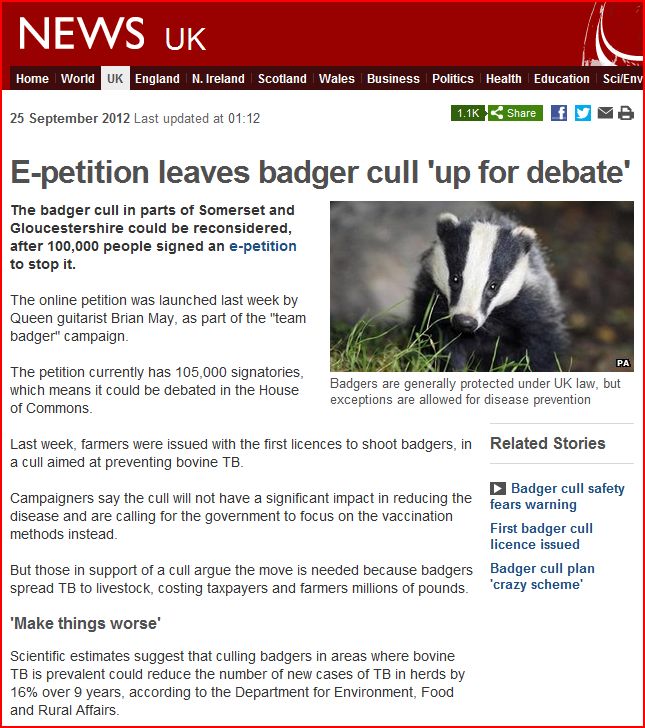 Various petitions have been carried out in the past, indicating that there is indeed public support against culling. However, there appears to be no direct response from the government in changing policies or regulations to end culling despite these petitions: