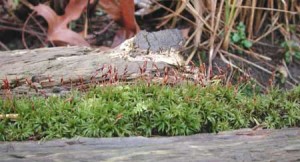 Atrichum may be found growing in open or shaded areas. Atrichum is commonly found on the humid mineral soil of disturbed areas, roadsides, and banks near watercourses of woodland sites. Atrichum can also be commonly found on overturned tree roots and in flower gardens. 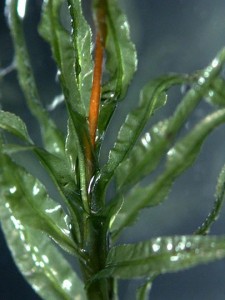 Atrichum is acrocarpous, meaning the sporophyte is terminal on the apex of a shoot. Light to dark green-coloured shoots form loose tufts on the substratum. 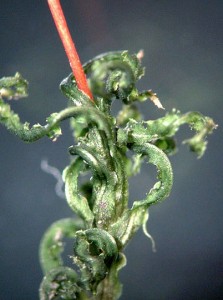 Leaves become extremely twisted and contorted as they dry. Commonly, in dry conditions, the leaves of Polytrichids lay closely to the stem to increase moisture retention. However, Atrichum leaves do not do this because of the shaded and moist habitats they live in. 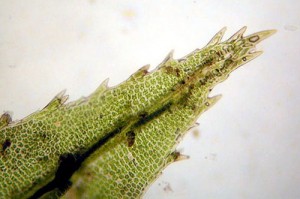 The entire margin is composed of elongate cells which form the sharp teeth.  Chloroplasts are less abundant along the leaf margin. The laminal cells are smaller and rounder than marginal cells. 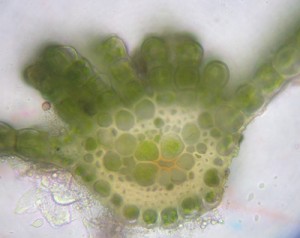 The lamina is unistratose, while the costa is multistratose.  There are approximately six lamellae on the ventral surface of the costa, each lamella is two to three cells high. The costa contains differentiated conducting cells. The proportion of the leaf area occupied by the costa and lamellae to the leaf area occupied by the lamina is relatively low compared to other Polytrichids. 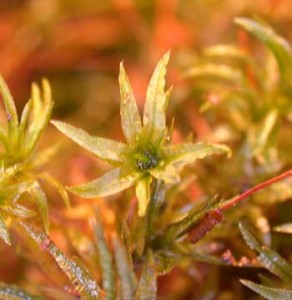 Recall that antheridia are sac-like, paraphyses are sterile, and may be uniseriate or biseriate.

Atrichum selwynii is dioicous, meaning the male and female reproductive structures are located on separate plants. 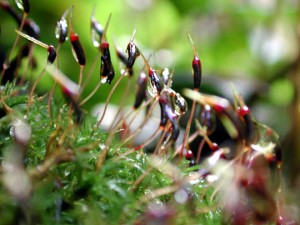 The calyptra is a protective sleeve of female gametophytic tissue that (at least partially) covers the sporangium. Typically, Polytrichids have a hairy calyptra.  However, the genus Atrichum is characterized by having a non-hairy calyptra. 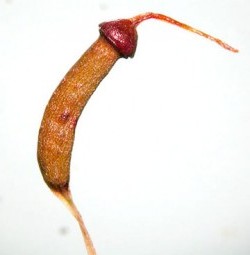 The sporangium is red-brown with a long-beaked operculum.

After the operculum is released, the underlying peristome and epiphragm are revealed. The epiphragm, an expansion of the columella, lies at the centre of the apex of the sporangium. Peristome teeth are attached to the epiphragm along its edges. Spores are dispersed through the spaces between teeth in a manner reminiscent of a salt-shaker. 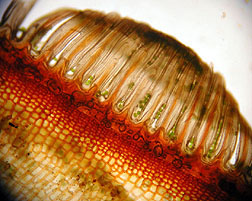 The seta is red-brown and twisted at the apex when mature. The seta moves hygroscopically, moving the sporangium, thereby aiding in spore dispersal.