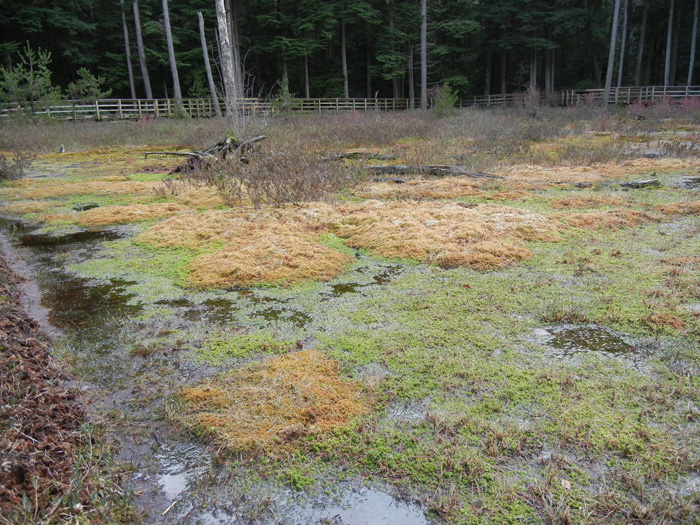 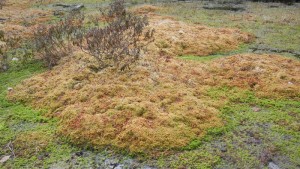 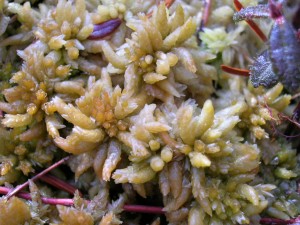 S. papillosum is a dioicous species that is moderately-sized and considered to be a fairly robust plant. The capitulum is typically compact and not really enlarged when compared to other Sphagnum species. The color of the gametophytes allow for easy recognition at times, being a greenish brown to a golden brown. 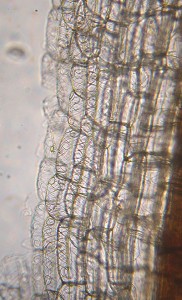 The stems are usually brown in color. Furthermore, a closer look at the cortical layer of the stem will reveal that the hyaline cells have spiral fibrils as well as can have 1-2 pores per cell. 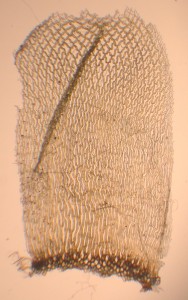 The leaves of the stem can range in shape from short-ligulate to oblong-ligulate, while the rounded apex of these leaves can be slightly fringed. Moreover, the hyaline cells are not ornamented but most will be divided.

The fascicle is generally comprised of two divergent branches and two-three pendent branches. The branches of this species are typically short and blunt, which is another characteristic that allows for easy recognition in the field. 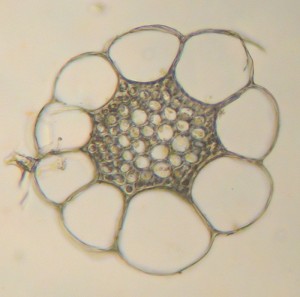 The branch leaves of S. papillosum are usually spreading and are broadly ovate in shape. 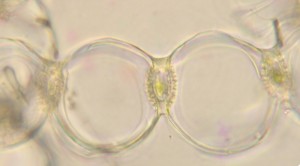 The chlorophyllose cells, which have a trapezoidal to truncate-elliptic shape, can either be exposed to both surface equally or may be more broadly exposed on the concave (top) surface. 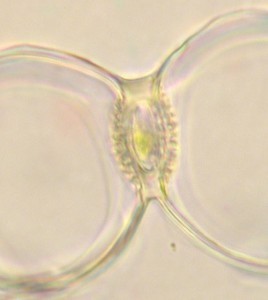 A closer look at a cross section will show that the hyaline cell walls near the chlorophyllose cells are covered in papillae. 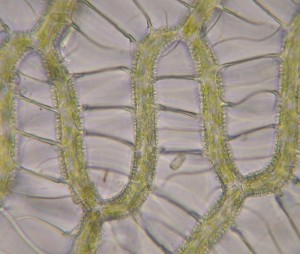 Papillae can be seen by making a wet mount of a leaf. 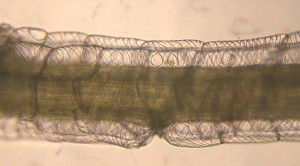 The hyaline cells on the branch stem are fibrillose often with a single large pore at the upper end of the cell.

The sporophyte of S. papillosum tends to mature in mid to late summer. A closer look at the sporangium will reveal that the capsule of this species has numerous pseudostomata.

It is very common to see rough papillae on the spores of this species.