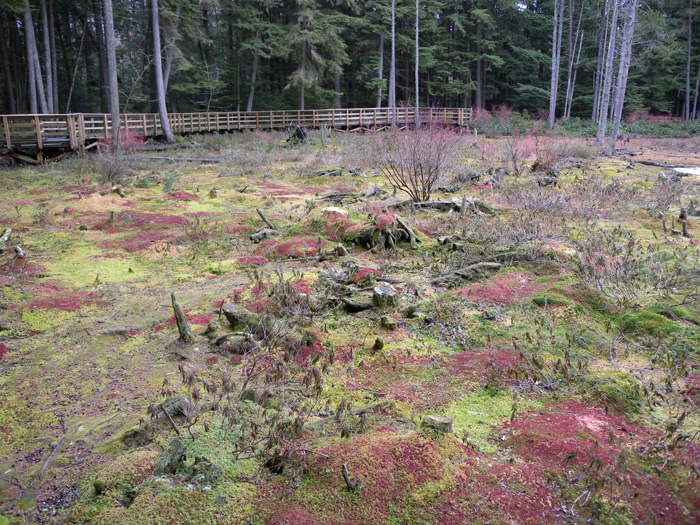 S. capillifolium has a wide distribution across the boreal forest and can be found in a broad range of acidic environments, frequently observed forming cushions or mats in bogs. It is commonly found living in higher elevations and over wet acidic rocks.

S. capillifolium is a dioicous species and ranges from small to moderate and is considered to be stiff and erect. The capitulum is rounded and convex. The gametophyte can vary in color. 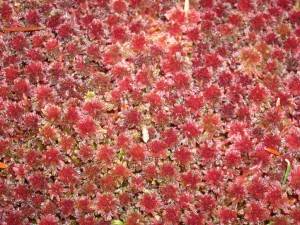 In exposed sites, the plants tend to be more or less a reddish color, while in shaded areas, the plants are typically green and more commonly form tufts. 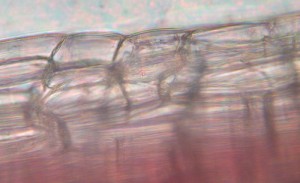 The stem of S. capillifolium are green to red in color. The cortex is generally two to four cell thick and the cortical cells do not have fibrils nor do they have pores. 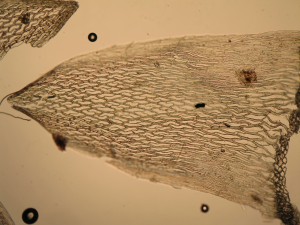 The stem leaves can range from oblong-ovate to ligulate-triangular in shape and the hyaline cells are S-shaped. The hyaline cells usually have fibrils in the distal portion of the leaf and some hyaline may also be divided.

The branch fascicle of this species is comprised of two divergent branches and one-two pendent branches. 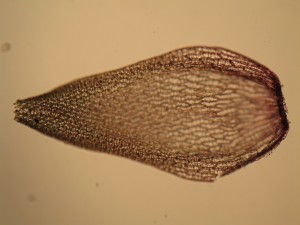 The branch leaves are typically ovate-lanceolate in shape. The upper margins of the leaf are involute (curved) and its apex is rather blunt and dentate. 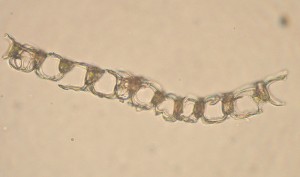 A closer look at a branch leaf cross section will demonstrate that the chlorophyllose cells are more broadly exposed on the concave surface.

The sporophyte of S. capillifolium matures in the middle of the summer.

The spores of this species have fine papillae on both surfaces.