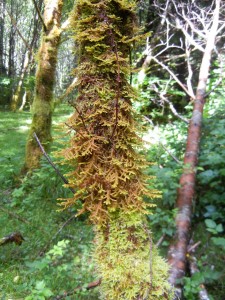 Porella spp. (including Porella cordaeana, Porella navicularis and Porella roellii) are located in shaded and lowland rainforests, such as those in British Columbia.  Species are located on perpendicular surfaces including rocks, tree trunks and tree branches commonly along Vancouver streets. 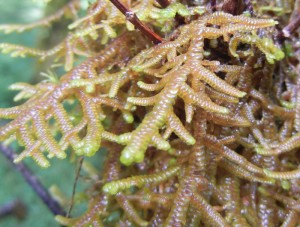 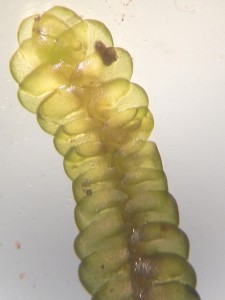 This picture is of the dorsal side of a shoot.  The leaves overlap like shingles. 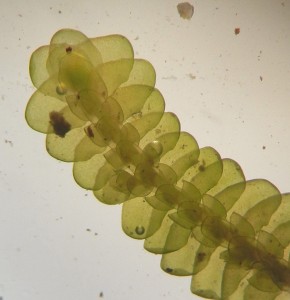 The ventral view is very different.  Like other liverworts there are two lateral rows of leaves with a row of underleaves. 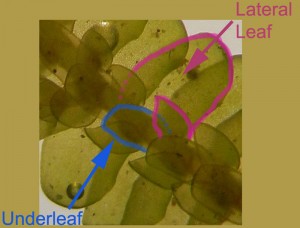 The lateral leaves are complicatedly bilobed….like a mitten with the thumb bent over.  The lobules are roughly the same size and shape as the underleaf, as seen in this photo. 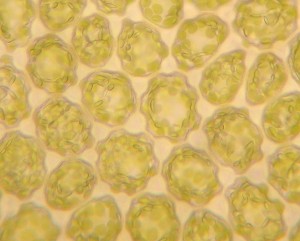 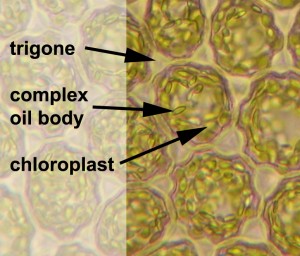 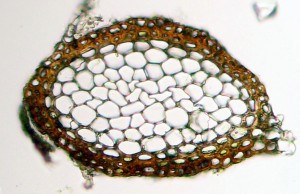 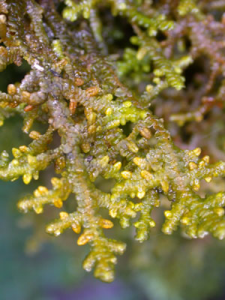 A distinguishing trait of male shoots is the morphology of antheridial branches. From a distance, they appear as small and immature branches off of main stem branches. 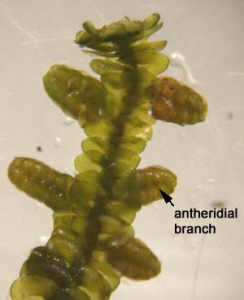 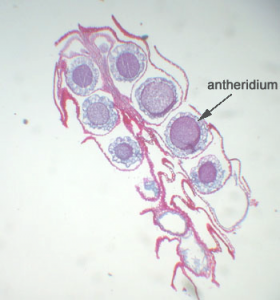 Male shoots have short perigonial branches with one antheridia per axil of each perigonial leaf. 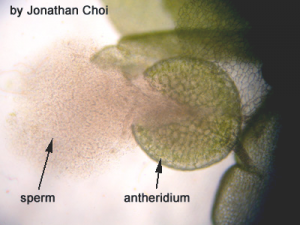 Antheridia have a biseriate stalk and unistratose jacket. Mucilage cells are present on the margins of perigonial leaves. This photo shows a cloud of sperm outside the antheridium. 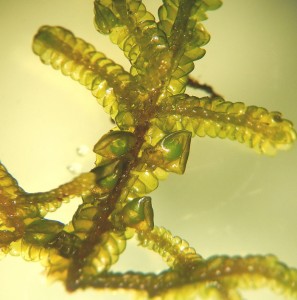 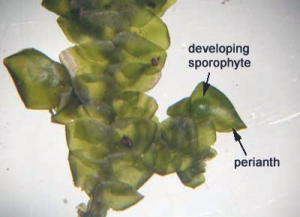 The female gametophyte has modified leaves known as the perianth.

The perianth is located ventrally and the sporophyte develops inside its protective flaps. 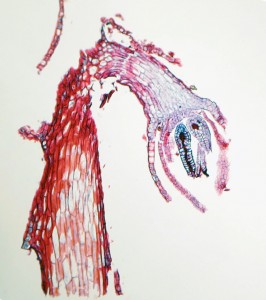 Archegonia are located within the perianth. Only one archegonium will be fertilized to produce the sporophytic generation.

Sporophytes develop from the embryo of a fertilized archegonium egg. 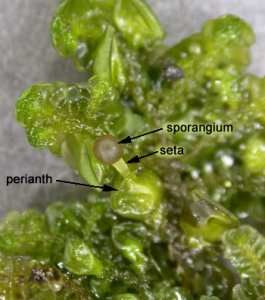 The calyptra is color-less and has a small pointed tip. The calyptra is not visible in this photo because when the seta elongates, the sporangium breaks through the calyptra and perianth leaving them at the base. 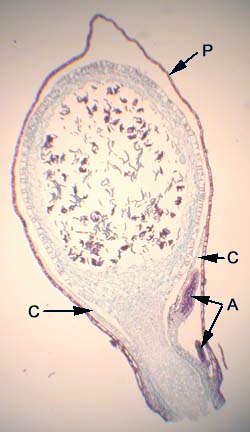 The longitudinal section of the sporophytic generation reveals a perianth (P) and calyptra (C) encasing the sporangium, non-fertilized archegonia (A), sporangial jacket, and a spore-bearing layer containing spores and elators. 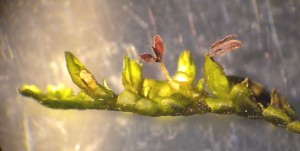 When mature, the sporangium opens along four lines of dehiscence and to disperse spores. 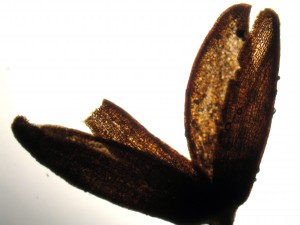 This photo shows a dehisced sporangium with the spores and elators already released. 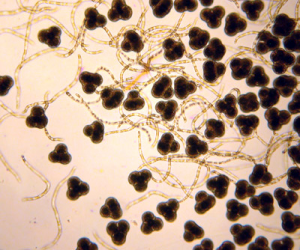 Elators are located amongst spores, and aid in dispersal of spores. 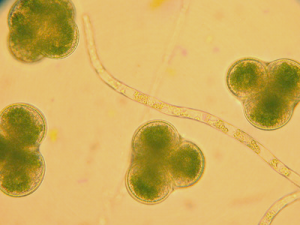 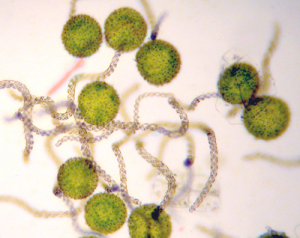 When mature, tetrads will break apart and individual spores are ready for dispersal.