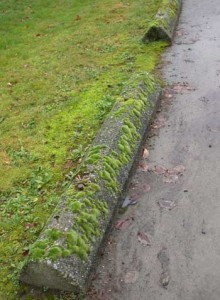 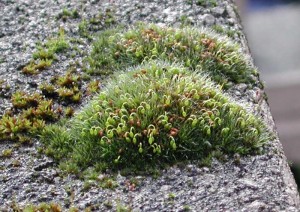 Grimmia pulvinata is a common acrocarpous moss that forms hoary, greyish-green cushions. The epithet “pulvinata” refers to the cushion-like appearance of the plants. 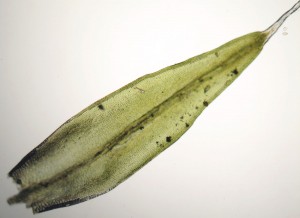 The leaves have an entire margin and a distinct costa. The margin is bistratose, while the lamina is unistratose.

The costa extends beyond the leaf apex forming a hairpoint. In comparison to its common associate Tortula muralis, the hairpoint is generally much shorter in Grimmia pulvinata. 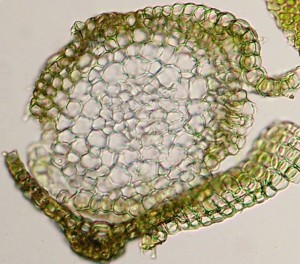 The cells of the stem are not much differentiated from one another in Grimmia pulvinata. The relatively small size and tight clustering of the shoots in cushions lessen the need for internal differentiation since these features facilitate the retention and movement of water and nutrients across short distances within plants.

The rhizoids, of not only Grimmia pulvinata, but of many mosses are multicellular and uniseriate with oblique crosswalls. There are no chloroplasts present within the rhizoids, as their function is primarily substrate attachment. 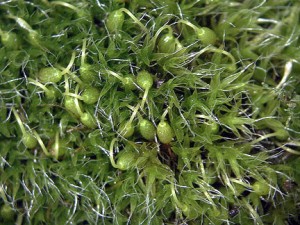 The sporophytes are tucked into the cushions when young. Sporophytes generally appear in late winter and early spring (). 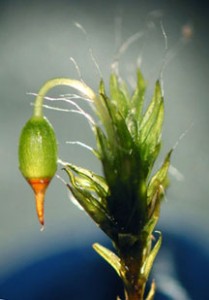