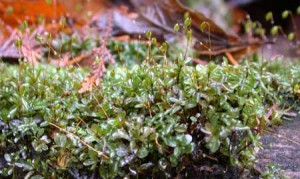 Rhizomnium glabrescens can be found in coniferous forests on rotten logs, humus, and rocks. 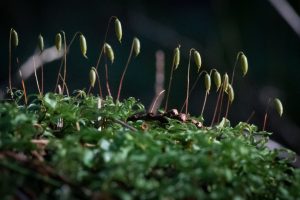 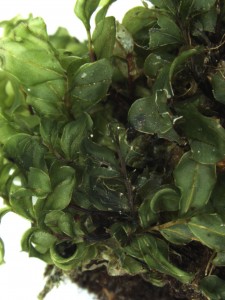 The shoots of Rhizomnium glabrescens form short, loose, green turfs on the substratum. 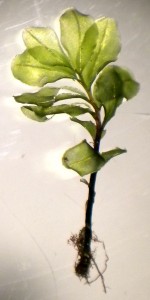 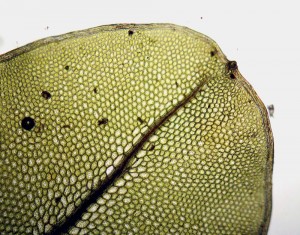 The leaves are elliptic-shaped and decurrent. Each leaf has clearly differentiated margin cells and a single costa. 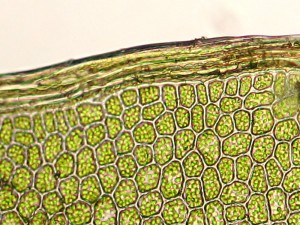 Marginal cells are elongate and entire. The cells of the costa are also elongate. Generally, the laminar cells are isodiametric in shape.

The margin and costa are multistratose, while the lamina is unistratose. 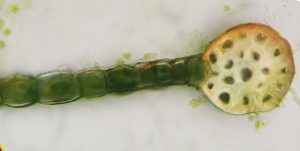 Stereids are present in both the margin and costa. Stereids are thick-walled, elongate, and fibre-like cells. This photo shows stereids in the margin of a leaf. 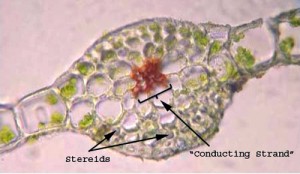 Along with stereids, the costa contains a central conducting strand. 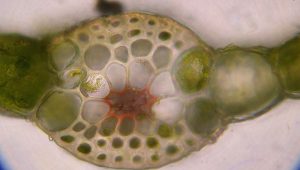 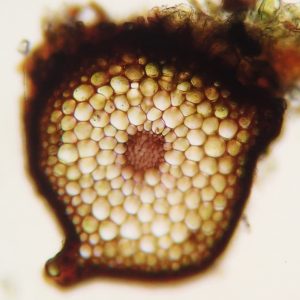 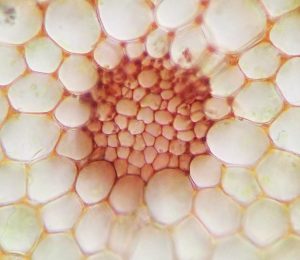 There are not many rhizoids on the stem, they are mostly at the base of the shoot. Rhizoids are usually smooth and have oblique crosswalls. Early colonizing rhizoids are red. 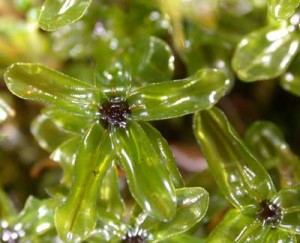 Located at the apex of the male gametophyte are a dark centre of antheridia and paraphyses. A rosette of perigonial leaves surround the reproductive structures. These leaves make up the perigonial head. This arrangement works as a splash cup mechanism to disperse sperm. The antheridia turn red-brown after the sperm have been released. 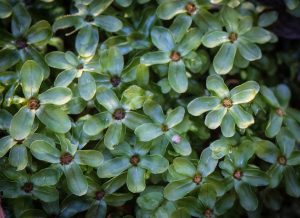 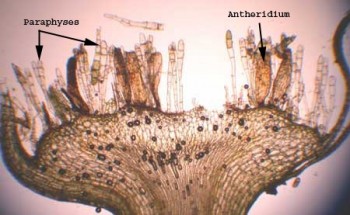 A longitudinal section through a perigonial head reveals antheridia resemble brown sacs, while paraphyses are uniseriate, sterile, and almost clear. 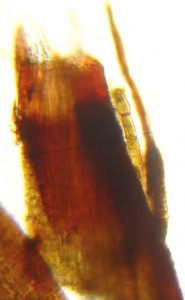 Rhizomnium glabrescens is dioicous, the sexual condition in which male and female reproductive structures are located on separate plants. 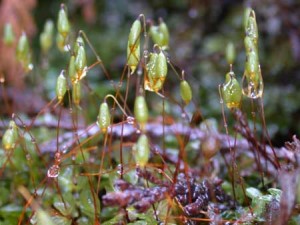 The sporophytic generation typically matures in the spring. The sporophyte is large and pale brown when mature. 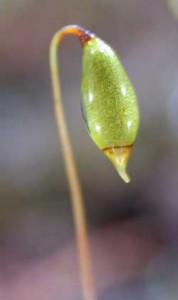 The sporangium appears nodding due to a bend near the apex of a mature seta. The operculum has a slight curve at the tip. 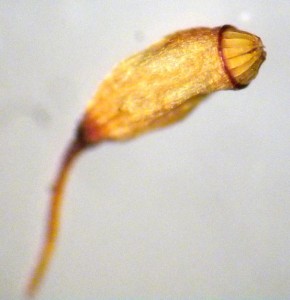 After the operculum is released, the peristome teeth are exposed. 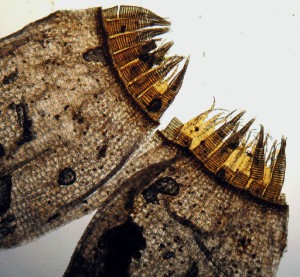 The peristome contains an endostome and exostome of peristome teeth.

The peristome teeth are diplolepideous. 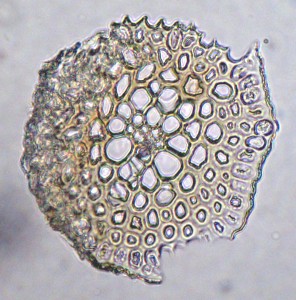 A cross-section of the seta reveals an inner conducting strand surrounded by a cortex of parenchymal cells. The outer layer of the seta consists of thicker-walled epidermal cells. 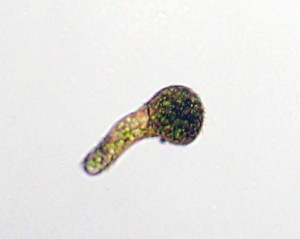 Once spores are released and dispersed from the sporangium, they may eventually begin to germinate under optimal conditions. Spores germinate and produce protonema. Leafy gametophytes may begin to grow from protonema when the conditions are optimal.