I am helping to facilitate a course right now at Peer 2 Peer University called “Why Open?” I did so last year as well, and managed to squeeze out a few blog posts during that course, which can be found in 2013 posts under the Why Open category on this blog.

We’re in week 2 of the course, and one of the things we’ve asked participants to do is to read a few documents about the differences between “open” and “free.” I blogged a bit about this last year, but realized as I was doing the readings this year that there is still a lot I don’t quite get. And the best way for me to understand things that I find complicated is to write about them.

Last year I didn’t really bother with focusing on software to think about the differences between “open” and “free,” but this year I decided it was high time I get familiar with this issue. Here’s where I’m at in my understanding so far, from reading some of the things posted for week 2 of our course, plus also a couple of other articles, noted below. 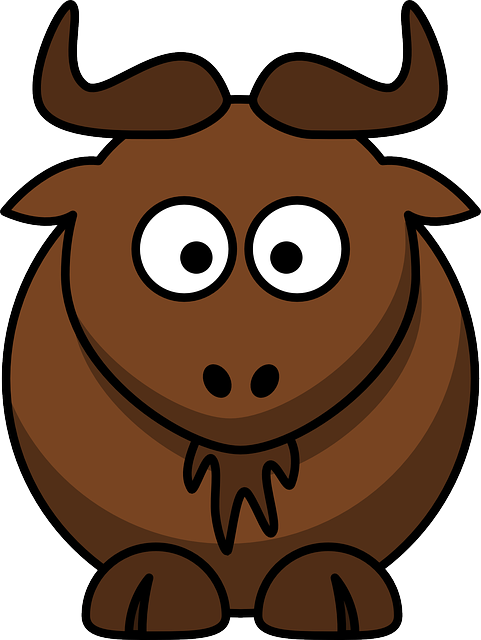 The original in this dichotomy was free software, defined by four freedoms–as the Free Software Foundation puts it in their “free software definition”:

A program is free software if the program’s users have the four essential freedoms:

A program is free software if it gives users adequately all of these freedoms. Otherwise, it is nonfree. While we can distinguish various nonfree distribution schemes in terms of how far they fall short of being free, we consider them all equally unethical.

There are, of course, similarities between these freedoms and those of the “open content definition” created by David Wiley, which now has 5 Rs:

The term “open content” describes any copyrightable work (traditionally excluding software, which is described by other terms like “open source”) that is licensed in a manner that provides users with free and perpetual permission to engage in the 5R activities:

Both of these refer to what one can do with the work, the software, etc.–one should be able to revise it, reuse it, redistribute it, etc. Of course, I’m glossing over differences between these two definitions and lists of freedoms, but the basic idea is similar I think.

Finley argues in “Where the Free Software Movement Went Wrong (and How to Fix it)” that much of the software that fits under the definition of open source according to the Open Source Initiative would likely also be “free software” according to the four freedoms above. But honestly, looking at the four freedoms above and this definition of OSS, I’m having a hard time seeing exactly where they differ. I think that freedom 0 for FS is not really in the OSS definition, for one thing. And freedom 3, redistribution, is turned into the freedom to redistribute copies as part of an aggregation of software programs in the OSS definition. So there are practical differences between the two (this short article explains briefly how FS is always OSS, but not vice versa). 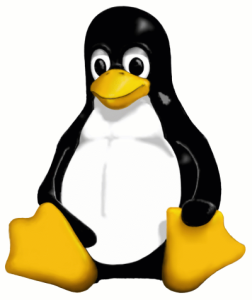 The Open Source Initiative’s FAQs on the difference between free software and open source software isn’t terribly helpful in trying to understand the differences. It states that the definitions of FS and OSS use different language, but ultimately get to the same place. I’m not entirely sure that’s the case.

Stallman says, in “Why Open Source Misses the Point of Free Software”, that there is a big difference in values and purposes. Those who support “free software” are motivated by and focus on the freedom of the user/developer to do what they will with the software. While proponents of “open source software,” Stallman argues, aren’t so concerned about such freedoms and are instead interested in the pragmatic benefits that can be had through using open source software–better programs, easier ability to gather data, etc. And as a result, the OSS people aren’t worried if some of the four freedoms get curtailed, such as through “Tivoization”.

O’Reilly cared for only one type of freedom: the freedom of developers to distribute software on whatever terms they fancied. This was the freedom of the producer, the Randian entrepreneur, who must be left to innovate, undisturbed by laws and ethics. The most important freedom, as O’Reilly put it in a 2001 exchange with Stallman, is that which protects “my choice as a creator to give, or not to give, the fruits of my work to you, as a ‘user’ of that work, and for you, as a user, to accept or reject the terms I place on that gift.”

“Freedom” here means being free to develop the software I want, how I want to, and letting you choose whether you want to accept my terms or go shopping for something else. This is the freedom of the free market, perhaps, with all the common arguments about improved productivity, efficiency, innovation, etc. that come along with that view of freedom (which may not actually be accurate, but that’s a different issue).

One thing that is particularly interesting to me in all this is that there is a great deal of emphasis given to the particular word chosen. Some say the OSS supporters wanted to distance themselves from the ideology of the FS movement because the latter was not attractive to businesses (e.g., see Wikipedia on the history of free and open source software). “Free” could sound too much like “gratis” (no cost), “freeware”–which I imagine not too many for-profit businesses are going to want to emphasize. And if you’re not concerned about user freedoms, why focus on the word “free” anyway?

Enter “open,” which Morozov discusses fairly extensively in “The Meme Hustler.” He notes the ambiguity of the word: “Few words in the English language pack as much ambiguity and sexiness as ‘open.'” Morozov points out that the word “open” is similar to the word “law” in that both can mean so many different things: “from scientific ‘laws’ to moral ‘laws’ to ‘laws’ of the market to administrative ‘laws,’ the same word captures many different social relations.” This seems right to me (well, at least, that “open” is ambiguous; not sure about it being sexy); the fact that so many people and projects and organizations and businesses can claim to be “open” while doing very different things attests to that. When you consider all the various kinds of things claimed to have an “open” version (a sample list can be found in section 4 of the “openness” wiki entry from Peer 2 Peer Foundation), you might wonder, as I do, what holds them all together.

So the “open” in OSS can mean that code is available to view/study/revise, and also that software creation should be left to the “open” market without too many barriers on what one must allow users to do. You do not have to give users freedoms besides freedom of choice of which platform/app they want to use, on the terms offered by the providers.

All of this is making me wonder if I don’t like the word “free” better than open, given the sort of thing Stallman was after. But at the same time, of course, “free” is too ambiguous as well. Too often it sounds like no- or low-cost, which doesn’t capture the kinds of freedoms listed in the bullet points of both the FS definition and the open content definition at the beginning of this post.

I can see why some people, such as Chris Sakkas of Living Libre, have decided to try to use a different word–he uses “libre,” which he defines as follows (under “understanding libre” on the Living Libre page):

Describes a work that can be shared and adapted without limitations, though with conditions

A libre work can be shared and adapted by anyone in the world.

When the creator places their work under a libre licence, they give permission for everyone now and in the future to share and adapt their work. This permission, once given, cannot be withdrawn.

This permission is unlimited. You can share and adapt their work no matter who you are or how you are sharing it. You can sell it, print it out, put it on a file-sharing network, and so on.

This permission is conditional. When adapting their work, you have to obey certain conditions. The most popular is attribution: if you share or adapt a work, you have to give credit to the original creator. Another is a copyleft restriction. If you adapt a copyleft work, you must place your adaptation under the same copyleft licence.

Is coming up with a new word the way to go? If “open” is ambiguous, how will a new word that most are not familiar with not also end up meaning many different things, since it will be hard to come to an agreement on a single definition?

Or, does it matter if “open” is so ambiguous? Wouldn’t we just be talking past one another if we mean different things with the same word? Doesn’t having so many meanings to the word invite people and organizations to claim they are “open” when what they are doing bears not a whole lot of resemblance to what many would call “open” activities?

Is there anything that ties all “open” things together so as to justify using the same word for them?

What do you think?

Open and free, redux; Or, yes the words do matter / You're the Teacher by Christina Hendricks is licensed under a Creative Commons Attribution 4.0 CC BY