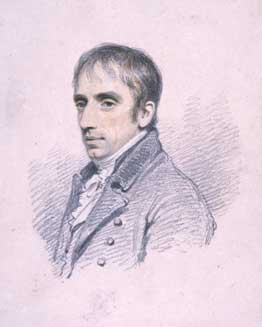 In Arts One this week we talked about Lyrical Ballads by Wordsworth and Coleridge. Today in class, after talking about “The Rime of the Ancynt Marinere” and Romanticism in general, I asked the students to meet in groups of 3-4 and analyze one of the other poems in the collection. These are their notes!

“Expostulation and Reply” and “The Tables Turned” (Wordsworth)

– If Coleridge, separates from his other poems

– Theme of stillness and idleness

– References the poet, why?

– Nature isn’t sad, man is, and we impose this sadness onto it

– By default nature is lovely, but we choose the ugly

– Imagery of nature is very idealized/romanticized

– Poem keeps going, very immediate (use of dashes as opposed to periods)

– Friends refer to group of nightingales

One group’s notes on this poem:

“A man who does not move with pain” – yet he does. He is decaying according to the subtitle. Perhaps it is his mental state that has decayed? And with that comes his ability to process anguish.

Age could be the ‘decay’ that is mentioned.

Old man is appearing at peace, yet he is actually mournful. Contrast with Lines Written Early Spring, where the rest of nature also appears at peace, but humanity is not.

Old man is exhibiting peace even though this terrible thing has happened. Many people would want to express their anger; his stoic nature singles him out.

Perhaps age is a factor? Just like in Tintern Abbey, with age comes a better understanding and wisdom, perhaps a greater ability to deal with pain?

Other theory for the subtitle – the family is decaying, yet the old man is tranquil despite this.

Second group’s notes on this poem

backward nature; son is dying before the father

father is peaceful? or does he indeed move with pain?

so patient that he does not need patience

“animal tranquility”
animals do not mourn the same ways humans do
tranquil animal’s attitude towards decay
however, moving with thought rather than pain is not very animalistic

another backward nature: humans acting like animals (not being sad at death)

commentary on war: son has died in a “sea fight”
perhaps this means that the backward nature of the son dying before the father is a result of war?

– the description of the scene reflects on the vagrant dwellers and the hermits because they live in such as beautiful place- associate the beauty of the scene with the people living there although this is most likely not to be true.

– nature is a prevalent theme- the narrator wishes to return to Tintern abbey, even in his mind

– The beautiful description of Tintern Abbey (and the surrounding area) preceding the mention of the “pastoral farms” (109) takes away from the fact that those dwelled on farms in this era would often be very poor. The beauty of nature at the Abbey takes over any potential misfortune in the lives of those who live there.

– Nature becomes necessary for the narrator to experience serenity and peace. The city does not provide the same haven.

Students’ analyses of Wordsworth & Coleridge poems / You're the Teacher by Christina Hendricks is licensed under a Creative Commons Attribution 4.0 CC BY