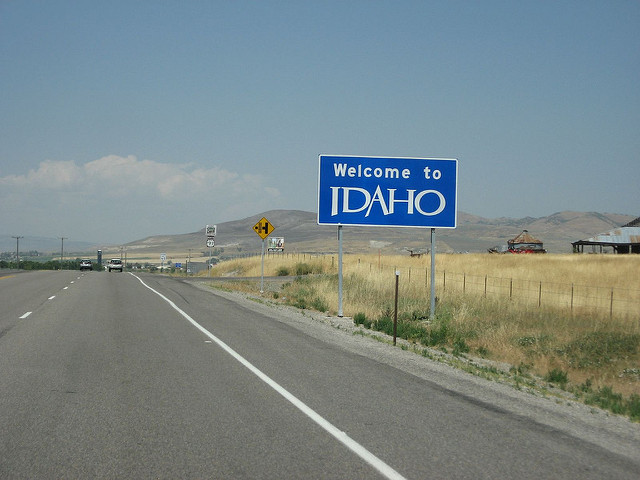 This is the third blog post in the 9x9x25 challenge I’m doing (still one behind, as it’s week 4!). See this post explaining the challenge.

I’m part of a book club, and right now we’re reading Educated by Tara Westover. I’m most of the way through the book and hopefully won’t give too many spoilers, but as it’s a memoir and her bio can be seen at the website linked above, the general outlines of her educational journey are easily known. I’ll just add a few more details from the book here in my reflection on her experience and how it has led me to reflect on my own teaching practices.

This book is about a young woman growing up in rural Idaho (and since I grew up in Idaho too, a number of the places mentioned are familiar to me, though I am not from the same region as her). Her family, due to religious and other beliefs, chose not to send their children to school (though some went for a time anyway if I remember correctly), and wouldn’t go to doctors if they could at all help it. Tara never went to school but managed to study on her own and get high enough marks on the ACT (one of the exams high school students can take to get into some colleges and universities) to be admitted to Brigham Young University in Utah. There, she went through deep financial and personal struggles, including facing a world where the beliefs she had grown up with were frequently challenged in ways she wasn’t always ready to deal with.

I haven’t finished the book, but at this point in what I’ve read she has graduated from BYU and is in graduate school at Cambridge, having won a prestigious scholarship to go there. But this isn’t just a story of small town girl gets out of small town and learns about the world…there is a great deal more going on in her family and in her own life, and Tara’s reading of her past is incredibly engaging and nail-biting at times.

I want to focus here on a couple of things that really struck me as she was recounting her first term at BYU. Remember that she had never set foot in a classroom before, and the only exam she had ever taken was the ACT. Some major people and events from history were unknown to her; she writes, of reading Les Misérables, that Napoleon was as fictional to her as Jean Valjean. And there was a terribly tense and difficult moment in an art history class when she raised her hand to ask a question (because, after all, other students were asking questions), and said she wanted to know what the word “holocaust” meant.

There were other things that were mystifying to her as well. Since the only exam she had ever taken was the ACT, and it had multiple choice questions, she just assumed all exams were like that (only to find herself wrong, of course). When a professor asked students to take out their “blue books” for an exam, she had no idea what he was talking about. (Incidentally, some people reading this might not know either: back when I was a graduate student at the University of Texas at Austin, students had to buy their own blank exam booklets from the bookstore and bring them to class to write their exams in. They were called blue books.) And essay assignments that asked her to use the “essay form” they had learned in high school were opaque to her.

My own teaching practice

Reading these things made me wonder: what do I assume students understand that I shouldn’t? Certainly, it’s rare to have a student in a class that hasn’t had any formal schooling at all, but that isn’t the only type of situation that can lead to instructors assuming knowledge they shouldn’t. There are often students from other countries that may have different academic practices–do people here know what blue books are? And different previous educational experiences may not have prepared them for the practices they face at a new institution of higher education.

The first thing that comes to mind that I probably assume too much about is office hours. I don’t know that there is any such thing at previous levels of education in Canada or elsewhere. When a new student faces a syllabus that says “office hours are Mondays and Wednesdays 1-2pm,” do they necessarily get what that means? I have recently made an effort to explain this on the first day just in case, but I don’t necessarily go back to it later in the term, explaining again what those are and that students are welcome to drop by any time during those times (or make a separate appointment).

I try not to assume that students know how to write essays in philosophy, so I do spend a fair bit of time in my 100 level course explaining various aspects of essay writing. I could do better with providing students with models of assignments, though, including essays but also answers to short answer and essay questions on exams (which I haven’t provided any sample models for ever).

I go into class and spend some time lecturing on philosophical texts and arguments, and some time engaging students in discussions and small group activities; but I don’t do as good a job as I could on:

I expect there are other things that are so ingrained in me as just how things work in post-secondary classes, or in philosophical practice in particular, that I don’t even see how I’m assuming knowledge I ought not to assume. But it’s important to continue to reflect in order to maybe bring a few more of them to light.

What I (should not) assume / You're the Teacher by Christina Hendricks is licensed under a Creative Commons Attribution 4.0 CC BY