Too much sitting? Not getting up during a flight? 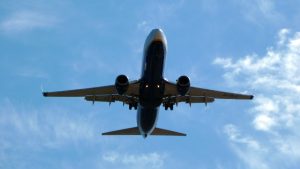 This sounds like myself when I was younger. I was always told by my father to walk around or go to the bathroom even if I did not need to. But now I understand why.

Many people are not aware of the risks in sitting still for a long time, especially for flights longer than eight hours. Although it is rare, this can cause a very serious health condition. This is called pulmonary embolism, PE, or deep vein thrombosis, DVT. This most common and known name is Economy Class Syndrome, where the name came from the idea of purchasing a cheap seat on the plane with the least leg room, making it harder to move legs around and difficult to move out of the seat especially if you have a window seat.

When a person gets this health condition,  the blood circulation diminishes and increases the tendency to clot and damage the blood vessel walls. If this gets worse, the clot can lead to fatal blockage in the lungs as well as in the heart. This can then cause severe impairment, organ failure as well as death in extreme cases.

Who are at risk? 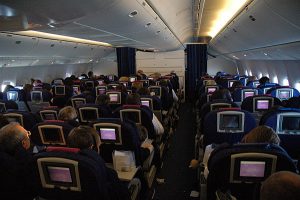 Although the name had the word “Economy” in it, it could also affect people in business class as well as first class, showing that it does not matter how much legroom you have. This is because the condition is mainly due to sitting in the same position for a long period of time. Therefore, not just on the airplane, but people going to for a long road trip or sitting in a long train ride or even if you’re studying for a long period time in one sitting could increase the risk. There are risk factors that show that people are at risk more than others depending on their health condition. However, even so, this medical condition can happen to anyone.

How do we prevent from getting Economy Class Syndrome?

To prevent this risk, researchers suggest the following:

These will all help maintain the blood circulation and help prevent from getting economy class syndrome.

Many people still might think that the medical condition is rare and that it will not happen to them. However, I believe that if there are possible solutions to prevent these risks, they should be done.

This entry was posted in Biological Sciences, Public Engagement, Science in News and tagged health, Physical health. Bookmark the permalink.

One response to “Economy Class Syndrome: where you sit doesn’t matter”