Usage of mathematics for an understanding of how the brain functions

When a tree falls in the middle of a forest and nobody heard it falling, can it be considered as a sound? Well, to answer this question, mathematics can guide us to understand how our vision and hearing works.

Priscilla Greenwood, a mathematicians and  Lawrence Ward, a neuroscientist at the University of British Columbia worked together on a research that explains how we perceive the things that occur around us as a part of our brain receives signals. Based on the enough patterns of the signals that occur when we use our senses, it is possible for a computer to imitate a real brain. 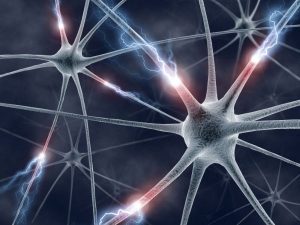 A part of our brain that lights up when we perceive things around us
Photo Credit: Flickr

To understand the pattern of the signals that our brains receive, we first need to encounter the shape of a Mexican hat, which is a shape of a tiny area of nerves that changes when we see an image. The pointy part of the diagram below shows the area of focus where the nerves respond the most and the dented area represents the area that we mostly ignore when encountering an image. In other words, as we pay more attention to a specific area, we automatically pay less attention to other areas. 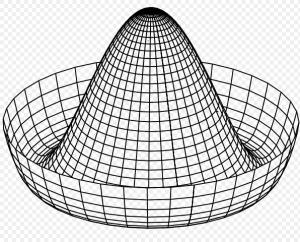 A diagram of the Mexican Hat.
Image from https://commons.wikimedia.org/wiki/Category:Spontaneous_symmetry_breaking#/media/File:Mexican_hat_potential_polar.svg

We had the opportunity to interview Dr. Ward about the research for the better understanding of the concepts. Dr. Ward elaborated more on the activity of the tiny neurons in our brains in patterns, which matches with a shape of sombrero (similar to the Mexican hat shape). Listen to the explanation of their research in the following podcast.

Why did they choose the Mexican hat equation particularly to explain how we perceive the randomness of things? It is because it is a most suitable way to describe the aspects of brain activity and the pairing of the neurons and to calculate how we perceive sights around us. In the video below, Dr. Ward describes how a form of wave  of neural activity exist in our brain that varies according to the level of activity based on the activity of our senses.

What can we do with the information from this research? The important findings of this study may help us to construct a model that has a similar level of intelligence that a real brain consists. Also, the mathematics can be applied to recreate brain simulations possibly in the future, but the real brain still outlasts the machines. The answer to the question that was asked in the beginning, is that in order for us to hear the tree that falls in the middle of the forest depends on how high can the Mexican hat of our brain be.

The background musics are public domain and licensed from y.qq.com