Most people know the Moore’s Law in Computer Science:  the number of transistors in a Central Processing Unit (CPU) doubles approximately every two years. However, this speed will stop in several years because of physical limitations. In contrast, Graphics Processing Unit (GPU) will keep this rate for a long time. 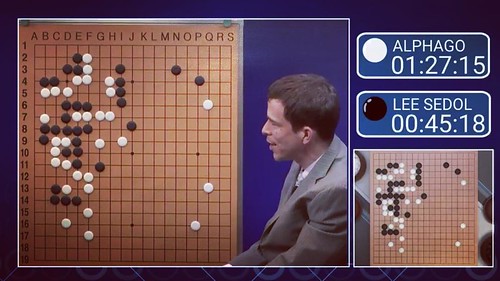 The rapid development of GPU is not the main reason why some people say the new GPU era is coming. The most important reason is the world is changing by deep learning. You may be not familiar with this term, but it is very possible for you to know AlphaGo, one computer program developed by Google, that beat the world No.1 ranked player of the board game. The program uses the algorithm of deep learning to know how to play the game (There is a short introduction video of deep learning below). What is the “brain ” of deep learning? The answer is GPU! You may hear that CPU is the “brain” of one computer, but GPU plays a more important role in artificial intelligence because its structure is perfect for the features of these algorithms.

“Deep learning involves a huge amount of matrix multiplications and other operations which can be massively parallelized and thus sped up on GPU-s.”, One Ph.D. in Computer Science said on Quora. Most people know one CPU usually have two to four cores, and the high-end CPU i7-8700k has up to six cores. However, GPU can have more than five thousand cores that are able to do operations parallelly.

In summary, because of the high-speed development of GPU and its huge advantages on deep learning, the nex computing era will be lead by it, so now you can understand why the prices of GPUs always are increasing 🙂