The Effects of Alcohol and Memory Formation

It’s Friday night, school is over for the weekend and if you are a university student and over the age of 19, you may be planning to meet up with some friends to have a drink or two. 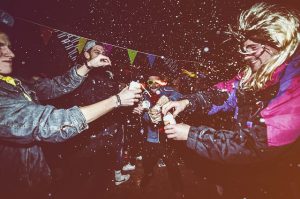 You may be aware of the term ‘drunk’ and ‘tipsy’ but the science behind why so many young adults turn to alcohol consumption after a long tiring day is that alcohol releases the brains ‘feel good’ chemicals called endorphins that produces the feeling of pleasure in certain areas of the brain. Although its evident that drinking can bring some temporary pleasure, it can have some severe negative consequences, especially when one consumes heavy doses of alcohol for a long period of time.

According to the National Institute on Alcohol Abuse when a person drinks heavily over a long period of time may be susceptible to have damaging effects on the brain such as the ability for the brain to form new long-term memories. Long-term alcohol consumption specifically can lead to significant inhibition of neuronal activity in the hippocampus, which is the area the of the brain that plays an important role in the formation of new memories. 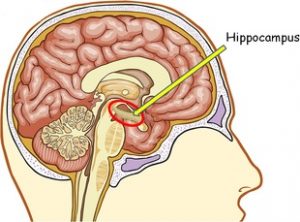 Anatomy of the brain: The Hippocampus. Source: The Brain made Simple Website

Alcohol’s influence on memory appears to have a primary effect during the transfer of information from short-term to long-term memory storage (see figure below). The modal model of memory originally proposed by Alkinson and Shiffrin (1968) state that intoxicated test subjects are able to recall information immediately after it is presented and are able to keep it active for 1 minute. Subjects are also able to recall long-term memories formed before they become intoxicated; however, once alcohol was consumed, test subjects began to show impairments in the ability to transfer information into long-term storage. When consumed for long periods of time even when subjects were sober again, they were unable to recall critical elements of events or the entire event while they were intoxicated.

Although occasional drinking can release some built up stress and bring temporary happiness; when consumed for long periods of time in heavy doses, it can severely hinder the brain’s ability to store long-term memories. So the next time you plan to binge drink, it may be worth considering the long-term consequences that chronic drinking can have on cognitive function.

For more information on the effects of alcohol on the brain:

3 responses to “The Effects of Alcohol and Memory Formation”