How does wild fire save birds?

Wild fire is known as a disaster that will ruin people’s life. The wild fire in U.S. burns more than 20,000 acres. However, according to  University of Queensland’s  research, proper fire regimes is very important for the survival of certain bird in Austrilia. An emu runs to escape an approaching wildfire as it burns near Potrero, California, U.S. June 20, 2016. REUTERS/Mike Blake

Eastern bristlebird, a bird is native to Australia, and it is known as melodic songbirds. However, these cute birds are about to extinct. The smallest population had declined to fewer than 40 birds. Like other species, changes of habits are the most important reasons for the rapid decline. What kind of habits do they need? I have attached a video of the same topic and the bird keeper in this video introduce the eastern bristlebird and gave the thought that wild fire is a reason of decline of birds’ populations. However, the researcher from the University of Queensland, Zoe Stone,  said “For a largely ground-dwelling species, the presence of tall, thick grasses provides important shelter for foraging and nesting activities. Use of appropriate fire regimens is absolutely critical for the continued persistence and successful reintroduction of this extremely rare bird.” I think most of us have the same thought with the bird keeper, but what Zoe Stone talking about is managed fire. 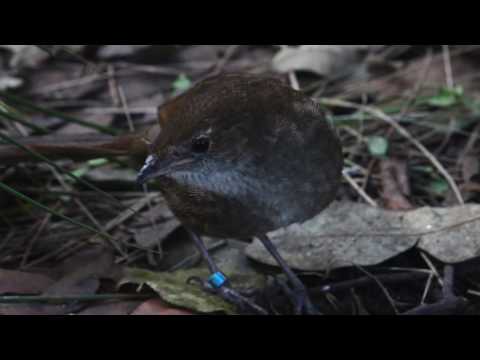 It is well known that it is very hard to pull weeds, because it is so many of them. Wild fire could destroy weeds easily and rapidly, and managed fires could stay away from good patches within grassy wet forest. To ease some of the misgivings, there are some successful examples of using managed fire. For example, managed fire promote the rare savanna species. ” According to the article of University of New York:” Varied fire types in wet savannas create a wider range of conditions within the savanna habitat – altering the availability of nutrients, terrain, shelter and predators – allowing a greater number of species to find a “niche” in which to survive and reproduce.” Sometimes, we have no way to deal with natural hazard, but cleverly using natural power might works wonders. We are unwilling to see any harmless species going extinct. Hopefully, scientists could save eastern bristlebirds, and all the wild fire could be well-managed.