On November 5, the Liu Institute for Global Issues and our office organized a difficult conversation about racism on campus, and how it ties into mental well-being.

To listen to the audio version of the event, please visit our Soundcloud upload: https://soundcloud.com/equityandinclusionubc/active-witnessing-audio 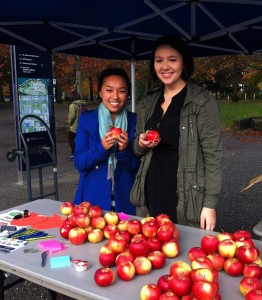 Please share this with your staff, faculty and students

More than 70 residents were in attendance; evening was entertaining as well as educational On June 9, UBC invited members of the UNA civic engagement committee to a ‘Welcome Event’ at the Chan Centre for the Performing Arts.

More than 70 new Chinese-speaking residents attended this event, which was preceded by a walk to the Chan from The Old Barn Community Centre led by UBC executives Alden Habacon, director of Intercultural Understanding Strategy Development, and Joe Stott, director of planning. They were warmly greeted at the Chan by Joyce Hinton, co-managing director.

I want to wish students every success in your exams. And I want to remind all members of our community to continue to look out for each other’s wellbeing and safety as we transition to new spring routines.

Recently the UBC RCMP issued a safety reminder to our campus community with tips to keep in mind for a new season. Find out more here:   END_OF_DOCUMENT_TOKEN_TO_BE_REPLACED

This year’s UBC Advising Conference kicked off with a keynote from Dr. Michael Ungar, who spoke on “Nurturing Resilience Among Students Experiencing Adversity.”

Here are my key takeaways from his impressively captivating and informative talk: