As part of the University’s tribute to honour the UBC Japanese Canadian students of 1942, the Dean of Arts announced in March 2012 that an Asian Canadian Minor program would be created and launched to accept its first students in September 2014.

Consultation processes that involved many individuals from the Asian Canadian and UBC communities were initiated and conducted over a 12-month period. The feedback and advice received encouraged the University to envision a more comprehensive program beyond the scope originally conceived.

END_OF_DOCUMENT_TOKEN_TO_BE_REPLACED 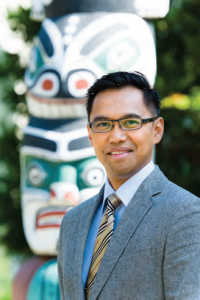 Canada wants immigrants – and people from around the world want to live here. What do newcomers and Canada have to offer each other?

When people ask Alden E. Habacon why cultural diversity works in Canada in ways it doesn’t elsewhere, he has a lot to say. But it all simmers down to: “Because
it’s always been here.”

Link to full PDF: Newcomers to Canada for Maclean’s March 2014