Please sign attached letter of support for Chicago teachers refusing to
give the ISAT standardized test. Teachers at Saucedo elementary school in
Little Village (serving mainly Mexican children) took the courageous stand
to support parents who are opting out of the test by refusing to
administer it. CEO Barbara Byrd Bennet sent teachers a threatening memo
threatening any teacher who boycotted the test with being fired and having
her license revoked. Nonetheless, teachers at a second school have just
joined the boycott. Please add your name to this letter. We need a strong
national showing now. Testing will begin next week so we need to move on
this now. The letter will be posted on numerous websites and may be read
at press conferences at the schools. (more background below)

Thank you for your solidarity.

BACKGROUND
CPS has announced that this year the ISAT test has no impact on students’
grade promotion or admission into selective programs. The ISAT is no
longer part of the “school performance policy” nor will it be used to
evaluate teachers. CPS’s claim that the ISAT is aligned to Common Core
standards is dubious at best since the PARCC exam, which is being designed
to measure performance on those standards, has been years in the making
and has yet to be released. The ISAT will not help teachers understand
their students or improve instruction for them. Because CPS has not
provided any valid reason to give this test hundreds of parents have opted
their children out of this test.

As university faculty whose responsibilities include preparing future educators, we support the action of teachers at the Saucedo Elementary School in Chicago who are refusing to administer the Illinois Standard Achievement Test (ISAT). Over a decade of research shows that an over emphasis on high-stakes standardized tests narrows curriculum, creates social and emotional stress for students and families, drives committed teachers out of the profession, and turns schools into test-prep factories with principals forced to comply as overseers—especially in low-scoring schools. We understand assessment as the process of gathering evidence about learning, from multiple sources, so that teachers can better support student learning. The ISAT, in contrast, contributes virtually nothing. CPS no longer uses the ISAT for promotion, graduation, or eligibility for selective-enrollment schools and is phasing it out after this year. It is not aligned with Common Core State Standards—which, regardless of how one sees them, Illinois has already adopted—and does not help teachers improve student learning. The pre-service teachers with whom we work are demoralized about a future of teaching in such a test-driven atmosphere. We teach our students—future educators—to stand up for their students, families and communities, and to take principled stands for social justice. That’s what the Saucedo teachers are doing. We applaud them and stand with them. 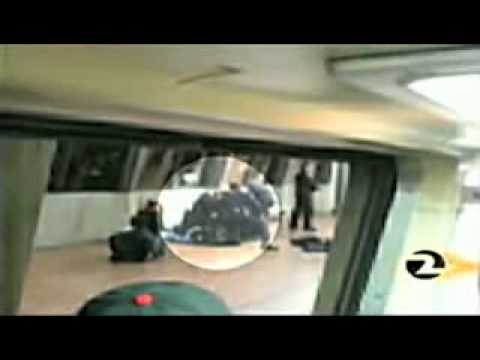 Open Letter to March 4th Activists: “The central issue of our time is the rapid rise of color-coded social and economic inequality coupled to the promise of perpetual war, this challenged by the potential of mass, class-conscious, resistance. If the above paragraph is wrong, completely baseless, then save time, stop reading, as most of what follows flows from it.”

Substance News Censored by Chicago School Bosses: For several days in April 2010, Chicago Public Schools Chief Executive Officer Ron Huberman, or one of his top aides, ordered and monitored the suppression of traffic on the SubstanceNews Web site by putting a “block” between teachers and others in Chicago’s schools and access to the site.

California Community College System on the Brink: “As some students are blocked from state universities, the community college system has trouble absorbing both them and the laid-off workers who are going back to school for retraining. All are trying to fit into a community college system that lost $520 million in state financing over the last academic year, about 8 percent of its overall budget.”

Kenneth Burnley of DPS Fame Moves To Alaska (avoiding prosecution): “Kenneth Burnley, the former CEO of Detroit Public Schools, has landed a new leadership post — in Alaska. The Mat-Su Borough School Board unanimously selected Burnley on April 24 to become superintendent of the district with 16,600 students and 44 schools. Burnley led Detroit Public Schools, now down to 85,000 students and 172 schools, from 2000-05 during the state’s takeover of the district. He is working at the University of Michigan under a fellowship.”

No Rhee, No Funds for DC Schools–So Say the $ Tyrants: “Private foundations pledging $64.5 million for raises and bonuses in the District’s proposed contract with the Washington Teachers’ Union have attached a series of conditions to the grants, including the right to reconsider their support if there is a change in the leadership of the D.C. school system.
The leadership condition, set by the Walton Family Foundation, the Robertson Foundation, the Laura and John Arnold Foundation and the Broad Foundation, makes it clear that they could withdraw their financial support if Chancellor Michelle A. Rhee leaves or is fired through the funding agreement’s expiration in 2012.”

Detroit Public School Gangsters Busted Again: “indicted for converting more than $3 million of district funds to themselves, friends and family, according to the U.S. Attorney’s Office. Named in the indictment are Stephen Hill, 58, of Detroit, former executive director of the risk management office and Christina Polk-Osumah, 59, former risk management finance manager. Also named are Sherry Washington, 53, and Gwendolyn Washington, 66, both of Detroit, who are partners of Associates for Learning, a vendor hired to administer a health awareness program for DPS. The eight-count indictment unsealed today alleges bribery, fraud, extortion and money laundering committed between 2005 and 2006. Such crimes are punishable for up to 10 to 20 years in prison.”

Remember Proposals are Due, April 15, for the Rouge Forum Conference

Always be sure you are right, then go ahead

Colbert vs Foner: This was passed along by social studies good-guy Tony Whitson.
My favorite line (Colbert to Eric Foner): “They say that those who fail to learn from history are doomed to repeat it. But, if you change what history was, doesn’t that solve that problem?”

Broad’s Errand Boy Bobb Demagogics it Up for Parents: Still, he said, he expects to eliminate approximately 2,100 jobs, continue to reduce health care costs and outsource as many options as possible in fiscal year 2010-11. There was a noticeable air of displeasure in the audience as Bobb said he plans to announce on Wednesday which 45 schools will close at the end of this school year.

The Official Program for the Gutting of Chicago Public Schools: Class Size to 37!

UTLA Boss Favors Revamping Tenure, Certification–Eats Breakfast With Broad: “I would have no problem with changing the tenure rules and extending probation. We should not take tenure away once you get it but [have] some form of recertification.”

The They Say Cut Back; We Say Fight Back Front:

March On March 30 Against the Empires Wars and Mayday Too: The Traditional Rouge Forum Mayday Flyer

On the Perpetual War Front: March on March 20th, Anniversary of the Invasion:

Key Data on the Iraq War Since the Invasion