From Dormant to Dangerous: Volcanic Eruptions 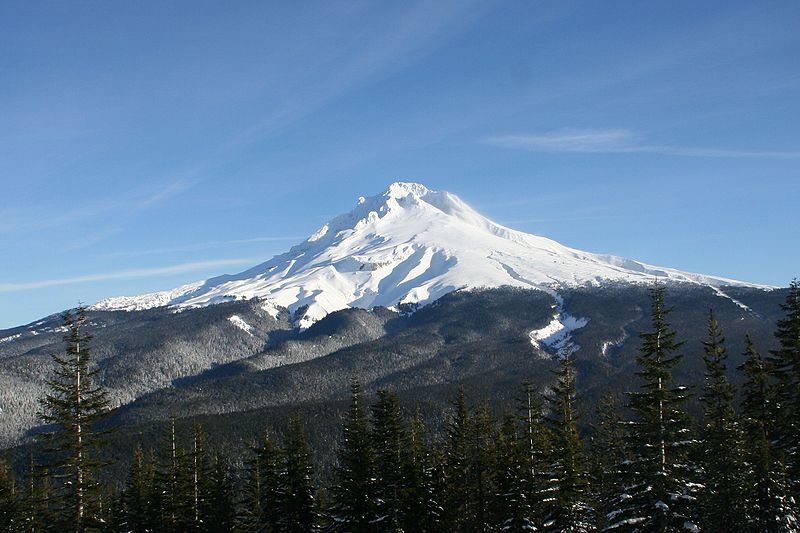 How long does it take a volcano to convert its stored magma (molten rock) into moving, liquified magma which causes an eruption? According to new research done cooperatively by scientists at the Universities of Oregon  and California, and published in the journal Nature, this time-span can possibly be as short as a few months!

This finding came from scientists who analyzed magma stored in Mount Hood,  in Oregon, USA. Magma deep inside the earth is extremely hot and mobile. However magma stored about 4 to 5 km deep approximates a solid.   In the case of Mount Hood, scientists examined the magma at the surface which had cooled to form crystals. Using radioactive dating they were able to determine the age of the crystals and thus the amount of time spent in “cold storage” when the deep magma was not heating the cooler magma to result in an eruption.

They determined that the upper magma had spent, for at least 88% of its time in this “cold storage” where an eruption is highly unlikely.  By using technology to detect the initial liquefaction of the upper magma, scientists may now be able to more accurately predict future eruptions.

Here is a short video which explains volcanic eruptions in more detail: 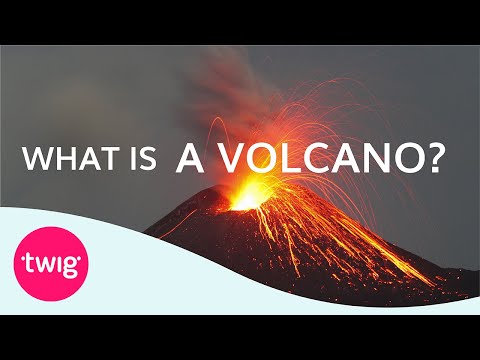 It is very important to be able to predict volcanic eruptions because as mentioned in the above video, volcanoes have the potential to do great harm.  A few of main dangers associated with volcanic eruptions are: eruption clouds and gases, lava, pyroclastic flows, and lahars. 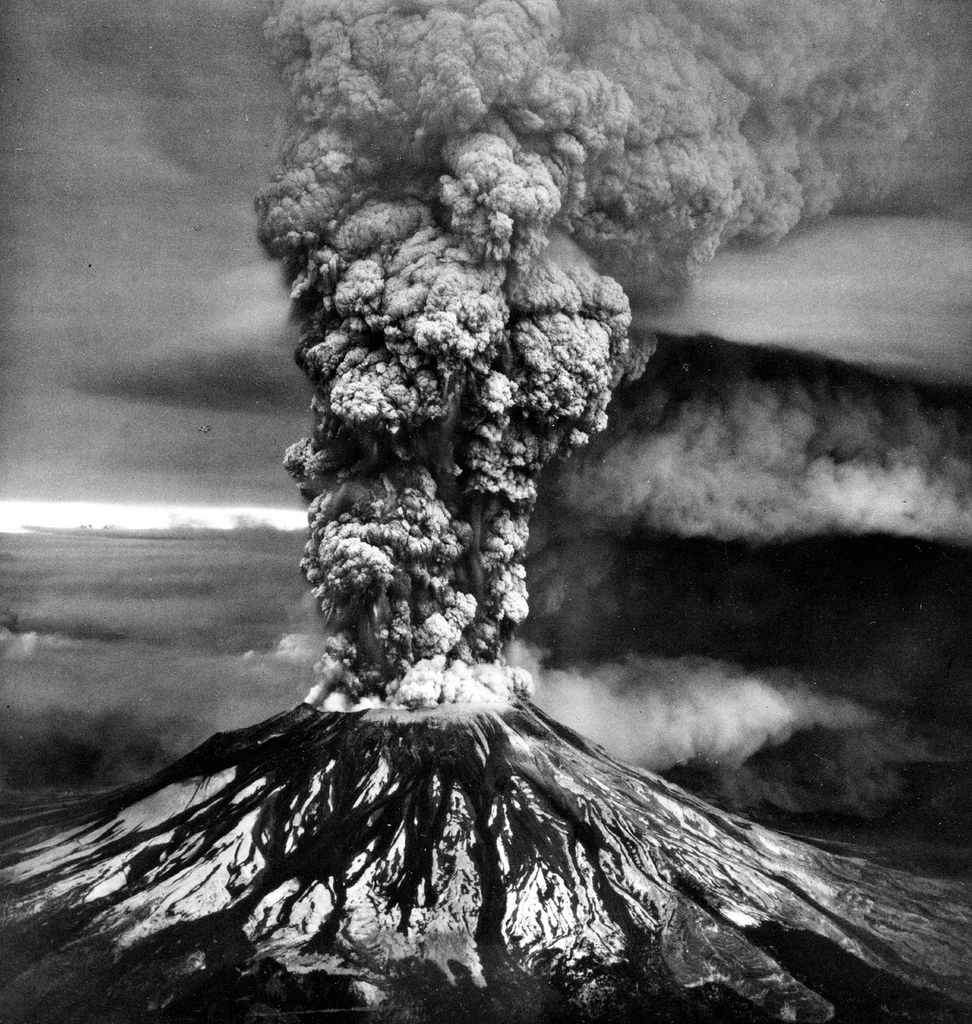 Eruption Clouds and Gases
When eruptions occur, large pieces of rock (called bombs)  are propelled into the air in combination with small rocks, minerals and glass (ash).  Ash can harm airplane engines, collapse buildings and even destroy crops.  This is then coupled with a large release of gases, mainly water (90%) , as well as others such as sulphur dioxide which leads to acid rain and fluorine which is toxic and can contaminate water supply.

Lava, Pyroclastic Flow and Lahars
When magma  reaches the earth’s surface, it is called lava. Slow moving lava tends to form mounds (lava domes) which can collapse and travel away from the volcano carrying a mass of rock, ash and gases known as a pyroclastic flow. These are highly dangerous with temperatures up to 815 C, as they simply destroy everything in their path. When such a flow mixes with water, often from melted ice or snow, a mudflow forms, called a lahar, similar in consistency to wet concrete which can uproot homes and trees. 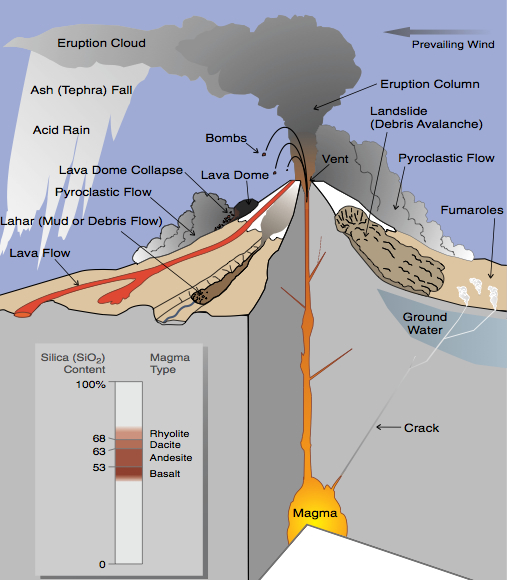 Thus given all these dangers, since this research helps to determine when a volcano will erupt, it could have lifesaving consequences. For more information on volcano monitoring in the USA see the U.S. Geological Survey.

If you have been following the news lately, you might have heard about a recent study published in Proceedings of the National Academy of Sciences by scientists from a Laboratory at Berkley University who have been developing electronic whiskers for use in robots.

In this video is a brief overview of the technology from the news:

As fascinating as this technology is, you are probably wondering logistically about the inspiration — animal whiskers, or as they are scientifically know, vibrissae. So the question is, how do vibrissae actually work and why are they so important? 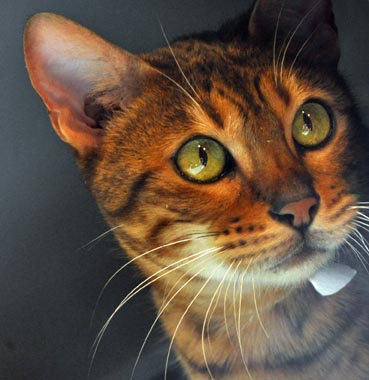 If you have a pet cat or dog, you have probably noticed vibrissae protruding from either side of their snout. One might easily dismiss these as decoration, based on the fact the human facial hair is essentially cosmetic. However in the case of many animals, vibrissae are an integral part of how they view and interpret the stimuli of there surroundings.

These highly specialized hairs, also found on carnivores, rats, beavers, seals and bears, are very stiff and are rooted deep under their skin. At its base,  there are touch receptor cells, as there are at the base of all ordinary hairs. Only here, they are in much higher concentration. Then since a vibrissa is long and very flexible, it is able to amplify a small touch at its end so as to be felt with high sensitivity. 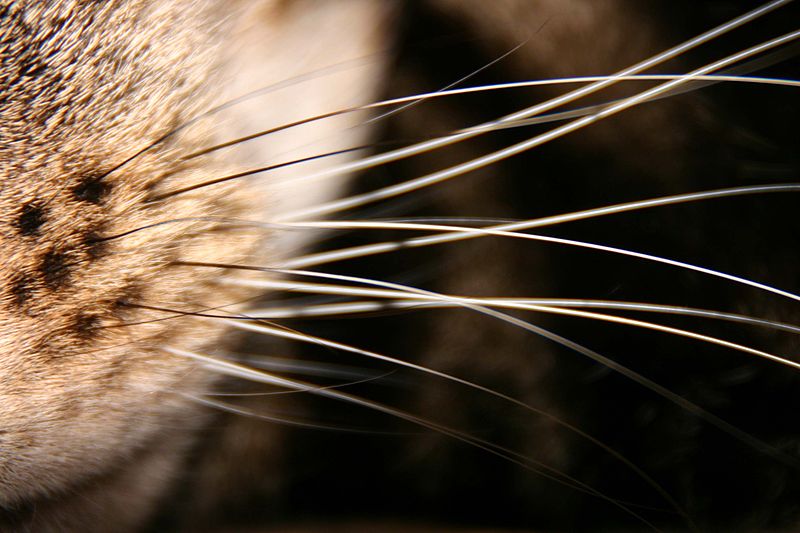 It has been suggested by neuropsycologists that the size of a brain region devoted to a particular sense can be correlated to its relative importance in interpreting sensory data. In the case of dogs, 40% of the area of their brain linked to touch is associated with the face and a large proportion of this is then specifically for vibrissae. Interestingly, for each separate vibrassa, it can be shown that it connects to a separate place in the brain of a dog. Therefore vibrissa are an absolutely essential facet of their sensory perception.

Vibrissae are controlled by muscles that move them forward in a “whisking” motion as the animal approaches an object. As they touch a surface they impart information about the texture as well as its location, which can help in the recognition of an object or surface. Their sensitivity is even so great, that they are able to detect changes in air currents. As an animal nears a solid object, his motion pushes air towards the object, of which some is reflected back and picked up by the vibrissae. Thus they are able to determine the location of an object without actually touching it.

Now that you know how vibrissae work, and their importance to animals, you can appreciate how valuable an electronic version would be. If robots could be equipped to interpret sensory information in this way, they could be used to execute tasks which previously would have been impossible.

Surviving a Night on the Moon 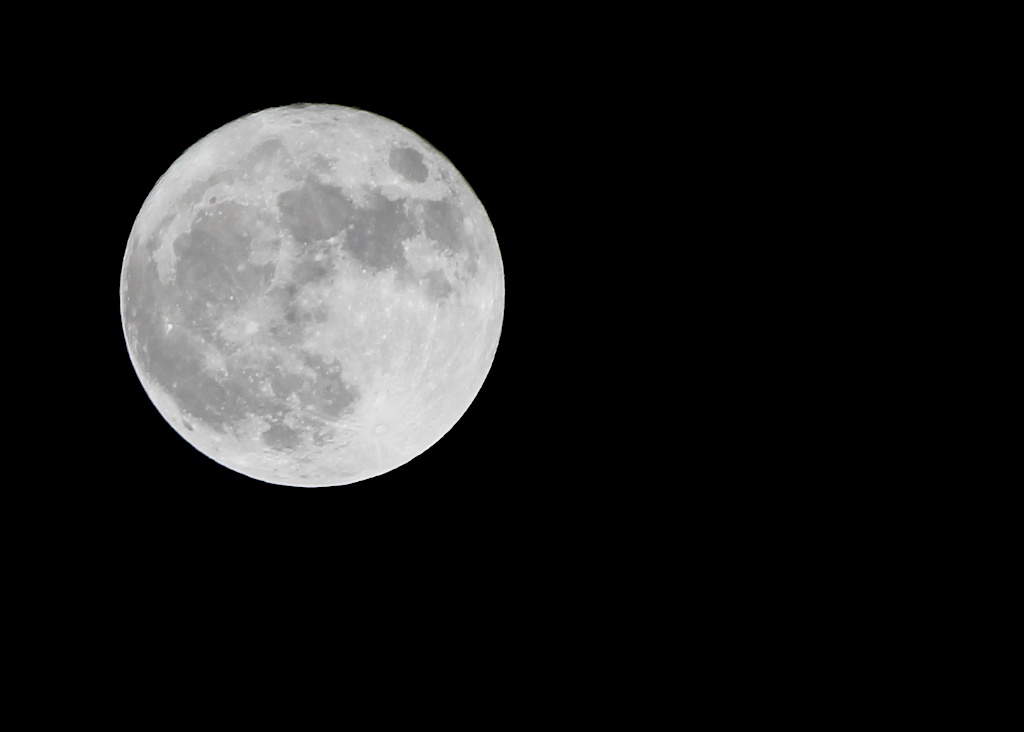 The moon, earth’s only natural satellite has long since fascinated scientists and astronomers alike. It should interest you too, because as of  2009  it has been proven that there is water on the moon.  New information about these water deposits is continually being collected by the Lunar Reconnaissance Orbiter and its finding are summarized in this video: 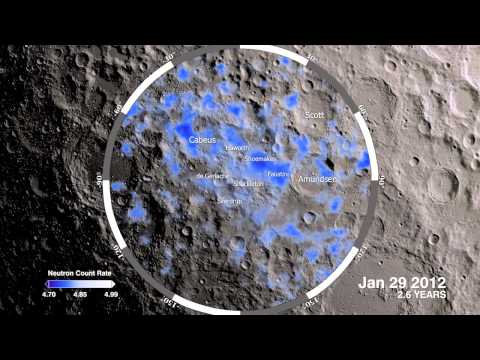 Naturally as a result, the interest in future manned missions has grown. However, if scientists want to plan a manned mission to the moon, one of their biggest challenges is ensuring the survival of both the astronauts and all their machinery during the long, dark and cold lunar night.

Days and Nights on the Moon
In order to understand the difficulties posed by the lunar night, one needs to know a little bit about how the moon cycles through day and night. The rotation of the moon around its axis is approximately the same amount of time as it takes for the moon to complete its orbit around the earth. The moon completes its rotation in about a month, thus the moon has roughly fourteen days of light and fourteen days of darkness.

Moonlight and Earthlight
However you might be wondering about how dark it really is on the moon. On earth, nights can be relatively bright due to due moonlight. Is the reverse true?  The answer is yes, partially, as the moon does get some earthlight (also called earthshine). However as mentioned above the rotational period and the orbit of the moon are almost the same. Thus the same side of the moon is always facing the earth. So when it is night on the side of the moon facing earth, it will recieve earthlight. Yet the other side of the moon it does not receive earthlight so it will be much darker during its night. 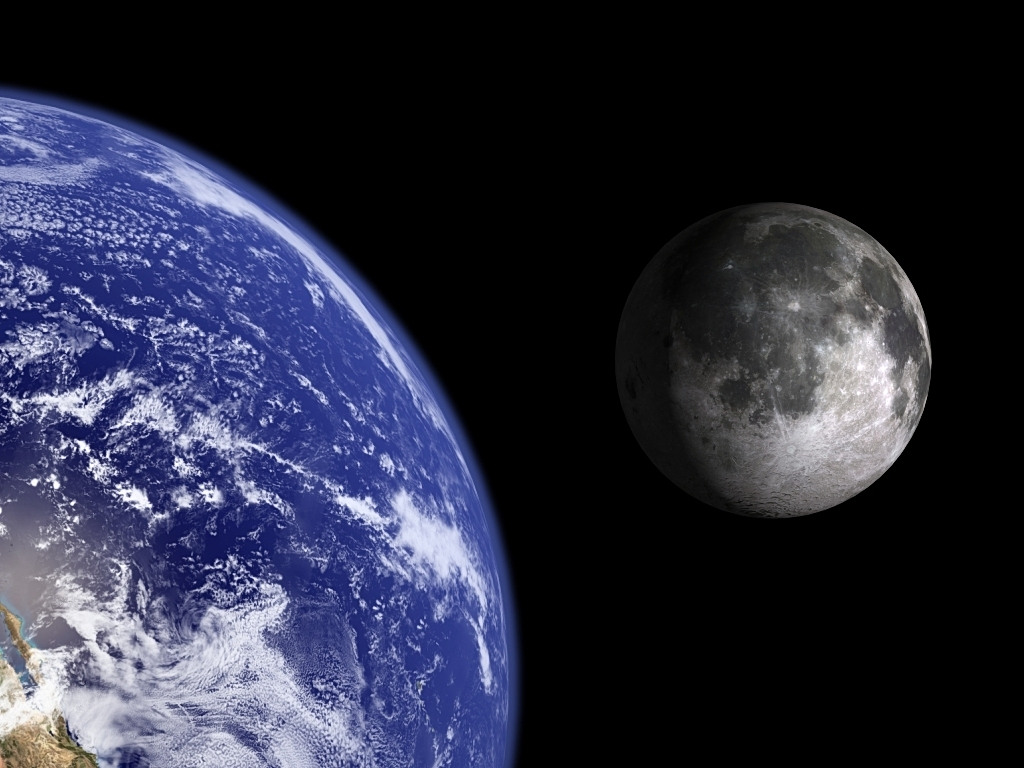 Darkness is not the only challenge; temperatures can drop as low as -150°C! Such an extreme temperature coupled with the dust and high levels of radiation can prevent much of the lunar equipment from working.

New Scientific Developments
In a recent study published this month, scientists analyzed methods to generate electricity and store heat. This heat could be used to keep lunar apparatus above their minimum temperature, of roughly -30°C. In their research they compared two different approaches to overcome the nocturnal difficulties.  They concluded that a reflector and thermal mass (a device to store heat energy) connecting to an engine was the most effective method.  During the day, the reflector directs the the energy from the sun’s rays to store it in the thermal mass and concurrently run the engine. At night the stored energy in the thermal mass is used as a power source for the engine.

By utilizing these new developments in technology, it could facilitate future long term lunar manned  missions.