The 2014 Olympics in Sochi, Russia have begun, and for the past few days I’ve been watching various events with continuous awe. Initially, I was astonished by the sheer athleticism on display, but eventually I started wondering about the physical processes behind it all. How can a figure skater launch his teammate into the air and catch her while moving across the ice? How can speed skaters glide without losing significant velocity to friction? How does a mogul skier, like Canadian champion Alex Bilodeau, make all those twists and turns midair? 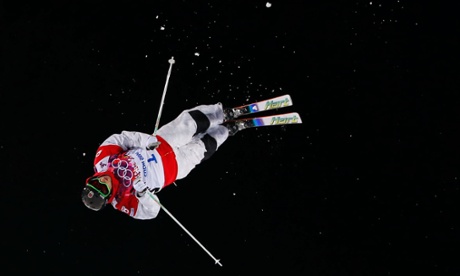 For those of us who can’t call to mind any explanation for these questions, NBC Learn has provided some answers. They’ve teamed up with the National Science Foundation (NSF) to elucidate some essential physical principles utilized during the Winter Games. The 10 videos on NBC Learn’s website highlight a variety of events, including bobsledding, half pipe, and – in my opinion, the most fascinating sport – slopestyle skiing.

These videos use interviews with both athletes and scientists to illustrate their points. The athletes themselves discuss how they move and react in each event; scientists then go on to explain the detailed principles of these motions in a qualitative way. These complementary perspectives allows the viewer to get a well-rounded, comprehendible idea of the physics surrounding each sport, without getting smothered by scientific jargon. Thus, the Olympics have become a surprising conduit for scientific learning.

So, based on what NBC Learn has shared on ski jumping, how does Bilodeau execute his aforementioned twists and turns? First, he has to harness enough angular momentum upon taking off to ensure that he can continue spinning mid-air. He does this by twisting his torso and bending his legs, much like a loaded spring. Once he’s made the jump, he can manipulate the orientation of his arms to achieve the desired twists. For instance, lifting one arm up and keep the other down will cause a shift in his centre of mass that will produce a certain degree of twisting, as opposed to keeping both arms down. If he wants to slow his spin in preparation for landing, he can widen his arm span and increase his moment of inertia, thereby decreasing his angular velocity. These procedures, and more, go into making a gold-medal jump.

Although I’m still far from constructing a detailed physical model of a slopestyle jump (and even further from actually executing one on the hill), these videos have certainly enlightened me to the applications of some basic laws of physics. It’s amazing that some principles are consistently used among sports; for example, both Bilodeau and figure skater Patrick Chan would know how to alter their moments of inertia with their arms. My unifying outlook after watching the videos is that the utilization of physics’ basic laws are widespread and relevant in even non-academic situations – and it might be worthwhile to expand on these concepts.

If you’re captivated by the Olympics, but have trouble grasping the physical side of the events, definitely check out NBC Learn’s videos. They’re interesting and informative, and you’ll be wiser the next time you cheer on your home team. 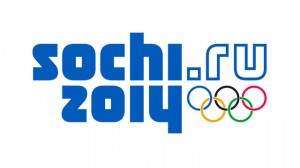 Last Friday night, the world turned its eyes to a small town on the eastern coast of the Black Sea; the Sochi 2014 Olympics had begun. With opening ceremonies full of winter wonder, and the promise of a brave new world from International Olympic Committee (IOC) President Thomas Bach, Russia ushered in the next iteration of winter competition.

Though mired in controversy regarding the overrun of this Olympics (it is expected to cost roughly 50 billion Euros in total, by comparison Vancouver 2010 cost about 5.5 billion Euros), quietly shuffled aside are the concerns raised over the environmental impact. 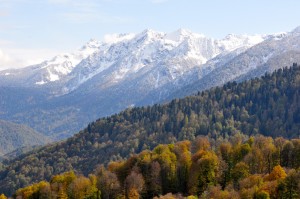 To construct the Olympic venue for Sochi 2014, an area encompassing 8,750 acres of wetlands within the Sochi National Park has been effectively demolished. Though this area represents roughly 1.8 % of the total park size, it remains a sizeable portion to be lost. During the bidding process, Russia assured a zero-waste games and promised to follow Green standards. While this looks good on paper, zoologist Suren Gazaryan says “Sochi organizers have failed on all Green promises”. Gazaryan asserts he has witnessed not only illegal dumping of waste material, but also the blocking of major migration routes of animals residing within Sochi National Park; the park itself represents an extremely productive ecological area home to over 65 species of bird, none of which have been seen recently around Sochi.

All of this begs the question: Just how stringent is this concept of Green? It shouldn’t be a surprise that an undertaking of this magnitude will needlessly (as many other locations possess the infrastructure to support international games) require substantial environmental sacrifices. In spite of this, the IOC gave the go ahead to Russia in the face of their fabled ‘no-waste games’ concept. While Russia admittedly maintained their lofty ideal of planting three trees for every one that they cut down during the construction of Sochi 2014, Gazaryan makes the keen observation that “…ecosystems are not Lego sets that you can take apart and rebuild somewhere else”.

For the next two weeks the world will come together to celebrate the best of human triumph, but in the face of glory and prestige have we lost sight of the Green standard we hold ourselves so fervently to? During the opening ceremony, IOC President Thomas Bach implored us all to embrace our diversity; let us not forget that if we are to attain that brave new world, we must also embrace our biodiversity.