The Memory Game: Does Caffeine Help?

It is the night before that dreaded exam; the question surely revolving within your head is whether or not to chug down a cup of coffee.  If the goal is not to merely stay awake and finish reading those last few chapters but to keep your optimal level of memory up, then the following information is your key to success. 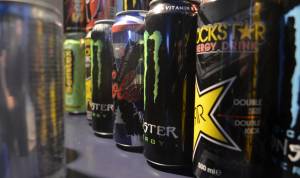 Caffeine has a half-life of approximately 6 hours which implies after a full 12 hour day, 25% of the original caffeine dose will still be present in your bloodstream.  Depending on dose, varying levels of sleep disruption or insomnia may follow.  In addition to not being able to sleep (which certainly will not aid your memory), the side of the coin people often overlook about caffeine is after its intake, as research has shown, the REM (Rapid Eye-Movement) phase and slow-wave deep sleep are affected.  REM sleep is believed to be the stage of the regular sleep cycle when memory is consolidated, thus it is critical that it remains undisturbed.

Fortunately for coffee drinkers, there is new light shed on the beneficial effects of caffeine. Recently, a study conducted by undergraduate student Daniel Borota and a research team at John Hopkins University marked the first time direct results of caffeine stimulating the improvement of memory were recorded.  In the study, participants observed a series of simple everyday images including an office chair, a duck, and a saxophone.  To control for variances of individuals’ conditions, all participants viewed the images first, before half of the group was given a 200mg dose of caffeine while the other half was subject to a placebo.  The next day, the participants viewed another series of similar images and the group with caffeine intake the previous day was found to identify slight image differences with greater accuracy than the placebo group.  This differentiation is called pattern separation in neuroscience and leads to the conclusion that caffeine does indeed enhance memory consolidation in humans. 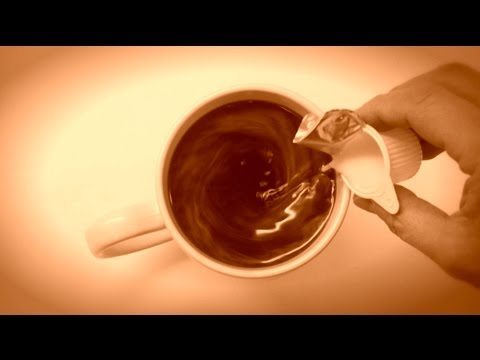 There is a fine line between over-caffeinating yourself to cram for exams and taking a healthy dose of it to help with alertness.  This new research shows that perhaps, the recommended amount of caffeine to optimize memory may be 200mg- just about one strong cup of coffee.

All-Nighters: Not worth it

I can recall the countless times I have found myself on Facebook, Twitter, Instagram or other social media sites when I should be studying. In wasting all that valuable time procrastinating, I end up pulling an all-nighter in order to complete my assignment. Or that time when I realize that I spent the majority of the term slacking off, so I resort to pulling all-nighters during final exams in attempt to learn all the material. 4 months’ worth of course load in 24 hours…that’s possible, is it not?

Many people believe that all-nighters are necessary to achieve better grades. Is it worth sacrificing a few hours of sleep to attain a higher GPA?

The answer, unfortunately, is no!

The Anatomy of an All-Nighter
Source: Staff Writers, OnlineColleges

Christian Benedict, a professor of Sweden’s Uppsala University in Sweden, and other researchers, performed a study to determine the repercussions of pulling an all-nighter. These sleep researchers analyzed the blood content in fifteen men: after they had a full 8 hours of sleep and after they pulled an all-nighter. After the participants pulled an all-nighter, researchers discovered an increase in the concentration of NSE and S-100B in the participants’ blood. The Swedish researchers compared the effects of sleep deprivation to that of head injuries’ (similar to a blow to the head or from a car accident), since it is known that the molecules NSE and S-100B increase in blood during head injuries.

According to study funded by NINDS (National Institute of Neurological Disorders and Stroke), the brain’s role during sleep is to rid itself of toxins. Lack of sleep may be connected to neurodegenerative disorders, which are result from toxin build-up between brain cells. Examples of neurodegenerative diseases include multiple sclerosis, Parkinson’s and Alzheimer’s.

Not only are all-nighters harmful to brain health, sleep deprivation leads to poor grades! Pamela Thacher, a professor at St. Lawrence University, discovered that students who frequently pulled all-nighters had worse GPAs than students who didn’t. Dr. Philip Alapat, a medical director and professor of Baylor College of Medicine, agrees with Thacher in that a lot of rest helps with memory retention and increases both academic performance and concentration. Alapat recommends that students get 8 hours of sleep, study during the evening (6-8pm), and not abuse caffeinated beverages to increase both health and GPA!

For the students who might disagree and exclaim that they have received a better score when they replaced an hour of sleep with an hour of studying: it is not worth it if it is at the expense of your well-being!

The video below outlines why sleep is necessary for maintaining brain health. 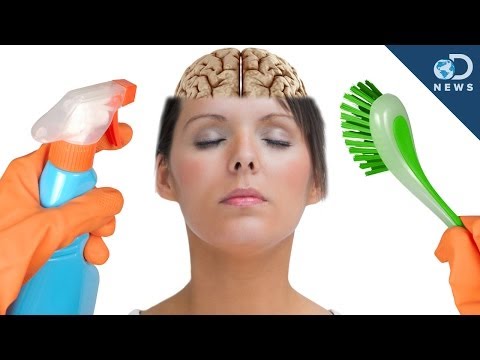 The Re-awakening of the Sleeping Beauty Curse

Imagine going back to your childhood days, frolicking around, having nothing better to do than to watch Disney movies. Who can forget those moments we relished as a child as we were engrossed with the melodic storylines and fuzzy feelings after a happy ending? Especially as a young girl, it was easy to fantasize being the princess and maybe young boys did the same imagining themselves as the prince. However, what about now? If we were given the chance to live the life of a Disney princess, who would it be? Would it be the curious and free-spirited Ariel, or the stunning yet cursed beauty, Aurora? Whoever it might be, we are just imagining this princess life as make believe… or are we?

In a recent interview, 17 year old Nicole Delien describes her life as a Disney princess – only for her it is nothing like what the movies portray.  Who would have thought that the sleeping beauty could be seen in real life?

As mentioned above, the Kleine-Levin Syndrome (KLS) or the Sleeping Beauty Syndrome is a rare disease characterized by repeated episodes of hypersomnia and to various extent, behavioural or cognitive disturbances, compulsive eating behaviour and hypersexuality.  According to a study that reported 186 cases of KLS patients, each case proposed different variations of the above mentioned symptoms.  Firstly, hypersomnia, the major indicator, was present in all cases with the typical sleep duration during episodes to be 12 – 24 hours a day.  Secondly, a majority of patients had cognitive disturbances with concentration, confusion, attention and memory. Abnormal speech, such as being mute or use of childish language, was also common. Many patients seemed to have amnesia of the events that occurred during an episode but in between, patients were described to be normal. Lastly, frequent food cravings and hyperphagia symptomized compulsive eating behaviours and hypersexuality symptoms shown during episodes frequented more in men. 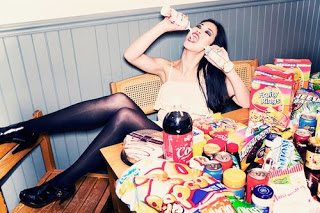 Unlike the definite curse from the evil fairy in the Sleeping Beauty, diagnosis of KLS is very difficult since there are no distinct symptoms leading to this disease. Instead, KLS is a diagnosis of exclusion, where elimination from a long list of other conditions that could mimic the symptoms are crossed off one by one. Due to this ambiguity, people with KLS are often mistakenly diagnosed with psychiatric or bipolar disorder. On top of this, if KLS was able to get treated by a simple kiss from a “prince”, the Sleeping Beauty Syndrome would greatly be acknowledged for the rightful title of its name; however, not all relations go according to the storyline. Despite many treatment possibilities tested by drug studies, an explicit treatment still needs to be found.

Overall, Nicole’s story has yet to find a happy ending and until then, we can only hope that her princess life will not tire her out too much.

Is Yoga the Solution for Insomnia?

Has University life turned you into an insomniac? Many University and college students claim to suffer from insomnia, also known as a sleeping disorder. I’ve come across friends tweeting late at night with hash tags “insomniac” or “sleep-deprived” every so often. With the juggle of schoolwork, exercise, work and a social life, it is not surprising that a number of students are having difficulty sleeping. I personally feel that my mind is constantly working and thinking about things I need to do, especially at night when its time for bed. 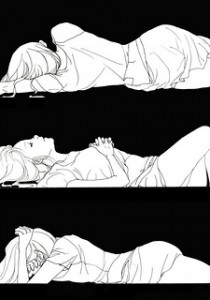 Is there a cure for insomnia? Many over-the-counter or prescription pharmaceutical drugs such as sleeping pills are available and can do the job for you, but is it the right solution? There are always side effects when taking any type of medication and as a student; you don’t want to be relying on drugs in order to get a decent night sleep.

Sat Bir S. Khalsa, a researcher at Brigham and Women’s Hospital at Harvard Medical School, performed a study on subjects with insomnia and found that after eight weeks of breathing, meditation and asana exercises, the participants showed improvement in their sleep time and quality of sleep.  This research also showed that by practicing yoga for 30-40 minutes, people fell asleep 30% faster and their night-time waking was reduced by 35%.

Yoga can be portrayed as a complicated practice, with all its different poses and techniques. However, it can be as simple as just breathing. An example of a breathing exercise is alternate nostril breathing. We tend to breathe mainly out of our right nostril when we are stressed out.  The right nostril connects to the left-brain which activates our sympathetic nervous system, responsible for our fight or flight response. The sympathetic nervous system and stress hormones such as adrenaline and cortisol increase blood pressure and heart rate during stressful situations. In contrast, the parasympathetic system slows the heart rate and lowers blood pressure allowing one to recover from an overwhelming situation. Yoga poses can increase blood circulation and slow breathing can increase the oxygen level in the body. Both of these practices can increase the activation of the parasympathetic nervous system allowing for mental relaxation. This stimulatory effect of yoga on the autonomic nervous system, can help your sleeping pattern.

The video below gives a brief recap of how yoga can help you get a better nights sleep and introduces some basic yoga poses. 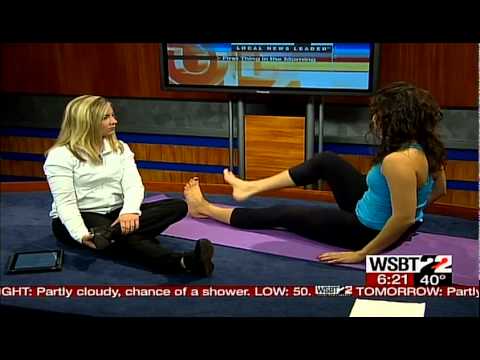 So next time you’re laying in bed having difficulty sleeping, try out a yoga pose or breathing exercise. It might just help you sleep like a baby!