Why do we kiss?

The action of two person’s lips touching: Kissing, has been widely accepted as a means of sharing affection. But, why do we touch lips amongst all other body parts? 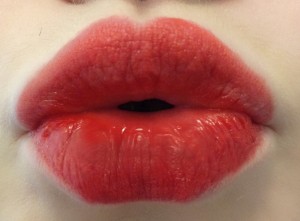 First of all, to introduce some trivia, an average human being spends 20, 160 minutes of his or her life kissing. Also, the longest kiss recorded was 58 hours 35 minutes and 58 seconds.

A passionate kiss burns about 2-3 calories per minute, and pumps epinephrine and norepinephrine into the blood stream, making your heart pump faster. Kissing more often has also shown positive correlations with cholesterol reductions and perceived stress.

So, why does our brain equate this action of touching lips with someone else as positive? Evolutionists claim that the evolution of our current kiss is derived from “Kiss-Feeding”.

The action of exchanging pre-chewed food from one mouth to another. This action, most often shown in birds feeding their young, is a sign of love and sacrifice. 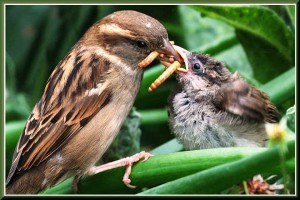 It wasn’t long ago that humans were feeding their young with pre-chewed food. Until the commercialization of baby foods, pre-chewing and mouth feeding infants were a popular activity amongst parents.

The brain, with years of evolutions, have learned to associate the touching of mouths with themes such as love and care. Eventually, the touching of the mouths has become the norm for expressing your love and affection for one another.