Ink printers are used daily to print assignments and papers. The general population is also relatively aware of 3D printers, printers that print three dimensional objects of any shape. Now, a new kind of printer is being developed to print human tissue.Researchers at Wake Forest University, lead by Anthony Atala, have been researching the treatment of burns.

Current methods to treat burns include skin grafting. Skin grafting requires doctors to take skin from a healthy donor site on a person’s body (an area that is usually covered by clothing) and transplant it to the damaged site. The new skin graft is held in place by stitches and dressing. Unfortunately, this procedure is prone to infection and requires the damage to the donor site to help the damaged site. Another method requires skin cells to be grown in vitro then, applied to the affected area on the body. This method requires careful handling, as the skin grown in vitro can break down or warp in shape very easily. 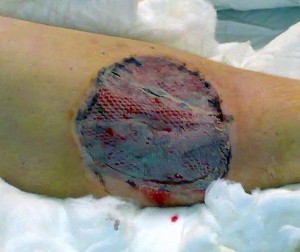 This new technology to print human tissue is a medical breakthrough. Using the same technology as a regular inkjet printer, researchers were able to successfully print skin tissue. Instead of the inkjet printhead being connected to a well of different colours of ink, the printhead is connected to “wells” of different types of cells. A laser first scans the burn area and the printer can print skin cells directly onto the wound, thus eliminating the complications that arise from the traditional methods of burn treatment.

The research team is also looking to successfully print organs. Unlike skin cells which could be printed flat, organs would need a 3D mould for the printer to print onto. They have successfully printed bone and mouse hearts and implanted them into mice. The one drawback is that organs do not exist as an island. They require connections (blood vessels, nerves, etc) to other parts of the body. While the tissue printer can print the organ, there is further work that needs to be done to figure out how to print the organ’s connections. Skin on the other hand, is more simple. Once the printed skin is applied to the body, it absorbs the body’s plasma and blood vessels begin to connect to it.

Since this development occurred a while ago (year 2010), more recent developments by another research team at Cornell have been able to print human heart valves. Other human body parts have also been successfully printed. These are important developments in the area of organ and tissue transplants. Here is a video illustrating tissue printing: 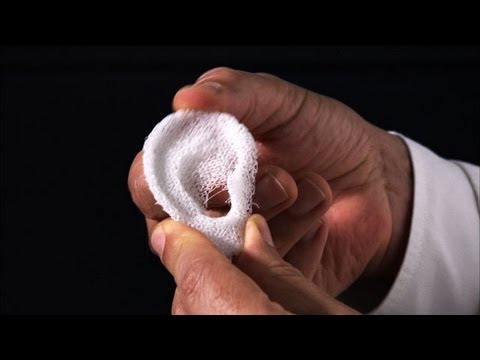 Are you drinking too much water?

Our bodies are mainly made up carbon, but second to that is water. Water is essential to staying alive. Not drinking enough water leads to dehydration, which in turn will lead to other undesirable things. One result of dehydration is a decline in cognitive performance. According to a 2012 article in the Journal of the American College of Nutrition, even mild dehydration (defined as a 1 to 2% decrease in water levels in the body) in young adults can lead to a decrease in the performance of tasks that require immediate attention like psychomotor skills and immediate memory. Fortunately, long-term memory and executive function (tasks that require planning and emotional control) all seem to be unaffected. For young children and the elderly, the risks involved with dehydration are even more serious. 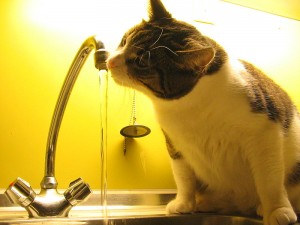 Since staying hydrated is important in maintaining normal body functions and good health, it may seem like a good idea to drink as much of it as you can. Unfortunately, that is not the case. While drinking water to stay hydrated is important in avoiding negative effects of dehydration, it is possible to have too much of a good thing. In early 2007, a California woman died of drinking too much water. She was competing in a radio station contest to win a Nintendo Wii, the contestant who drank the most water would be the winner. While she may have won a Wii, she lost her life.

This condition that she died of is called “hyponatremia” or in common words: her blood salt levels were too low. This means having salt concentration levels of less than 135 millimoles per litre of blood. When you drink too much water, the kidneys can no longer remove the excess water from the body fast enough. The bloodstream overflows with water which in turn dilutes the salt content. The water has no where else to go so it overflows into the surrounding cells. Most cells in the body are able to expand and swell to accommodate the incoming water.

Brain cells on the other hand, do not have such an ability. This is because brain cells are located in the skull (duh!) and share skull space with other things like cerebrospinal fluid and blood. The skulls is hard and does not expand. There is simply no more extra space for the brain cells to expand into. So when there is an excess of water entering the skull, the brain swells causing an edema. This brain swelling, or edema, leads to several problems like coma, seizures, damage to brain stem, and even death. 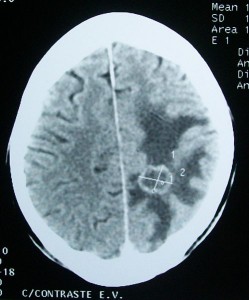 Drinking water daily is important to maintaining good health, but too much may lead to poorer health outcomes. To keep within safe water intake levels, remember that the kidney (healthy and at rest) outputs 800 to 1,000 mL of water each hour. So it’s safe to consume this much water each hour.

Factors That Reduce the Effectiveness of Your Anti-Ageing Skincare Products

People use anti-ageing products in skincare each day. Ranging from sunscreens to skin creams, serums, etc., these products are advertised by companies to help stave off your skin’s physical ageing and prolong youth. The skincare industry is so important that the global projected revenues for skincare is estimated to reach 102.3 billion dollars by year 2018. With all the glut of skincare products marketed towards maintaining youth, consumers feel the need to use multiple products at one time by layering one product over the other. Skin care products are advertised in a way that entices the customer to buy them. This can range from fancy packaging to the use of rare ingredients that supposedly unlock the secret to youthful skin.

Unfortunately, layering products on top of each other may not be the best way to get the most out them. This is because some products work effectively at different pH levels.

Antioxidants work by destroying the chain of free radical molecules, preventing further break down. The consumer thinks that layering will give double duty protecting against ageing. From a scientific standpoint, that is not the case. Retinol works best at a neutral pH. On the other hand, L-Ascorbic acid works best at an acidic pH. Retinol requires a two step process to after it has been applied to the skin to work effectively. The acidity of L-Ascorbic acid decreases the efficacy of the two step process to occur, therefore reducing the effectiveness of retinol. 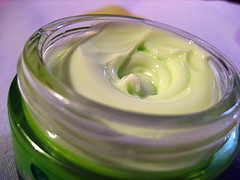 The packaging and storage of skincare products also matters in the effectiveness of the ingredients inside. When the ingredient used in skincare products are constantly exposed to air, the chemicals break down much faster. This renders the ingredients less effective in combatting ageing. A study published in Pharmaceutical Development and Technology found that antioxidants in jar packaging degraded faster than antioxidants in more airtight packaging (i.e. squeeze tubes or pumps). This is due to the exposure to oxygen in the air. Repeated opening and closing of a jar of your favourite serum or moisturizer will introduce oxygen to the ingredients.

Next time you want to layer your skin care products on top of each other, consider how the ingredients inside them will interact. In addition, consider the packaging that the products are in.