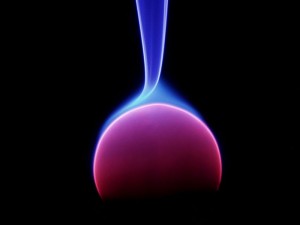 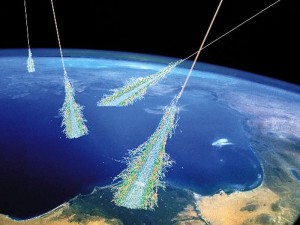 I was fascinated by this interview in The Atlantic with Lundy Braun, a researcher in Africana studies and pathology and labortatory medicine, about her new book, Breathing Race Into the Machine: the Surprising Career of the Spirometer from Plantation to Genetics. It’s notable both for being good science coverage in a national magazine, but also because it highlights an issue of racism in science. The story raises interesting questions that could propably be applied to other areas of science.

Braun discusses the history of the measurement of lung capacity, which dates back to antebellum slavery in the United States and had its beginnings as a sort of pseudo-scientific justification for the notion that different races were not physically equal. Slave-owners at the time looked to variety of sciences now mostly seen as pseudo-science to try to find some sort of scientific proof of racial superiority.

The earliest study was performed by a slave-owner near the height of the slavery debate in the United States, and found that those classified as blacks or “mullatoes” had a lower lung capacity. These findings were confirmed by a large study performed by the union army during civil war. By the 1920s, the notion that black people just naturally had a lower lung capacity was medical conventional wisdom, despite some, more limited, evidence to the contrary (based on more qualitative study).

If black people do indeed have lower lung capacities, it could be due not to some sort of inherent racial difference but to different environmental or developmental factors. Black people in the United States experience poverty at much higher rates than white people and tend to live closer to a variety of environmental risk.

Today, spirometers still feature “race correction,” and read differently for patients who are determined by their doctor to be black (Braun also found that this classification was done inconsistently). Braun maintains that there have been no studies of sufficient sample size exploring other possible reasons for lower lung capacity in some black populations and that there is little justification for race correction.

The implications of this race correction are unclear. In the epilogue of her book Braun discusses how some doctors don’t rely on spirometer readings at all, and others only “eyeball it” (that is to say, the doctors guess what race someone is). Not all were even aware that race correction occured.

While the importance of this particular medical device may not be clear, the story has broader implications for science as a whole. The foundations of a lot of modern science were generated by a society that was deeply invested in justifying profound inequalities and it seems that in this case that over a hundred years of the scientific process working has failed to correct a mistake that’s based in that sort of justifying myth.

A modern Spirometer, a device for measuring lung capacity. From Wikimedia Commons: AdvancedMedicalEngineering