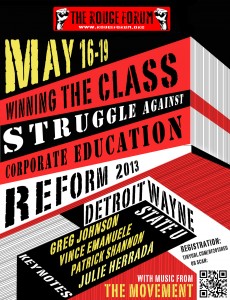 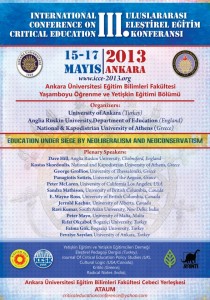 GREAT SCHOOLS TEACH-IN:
HOW SHOULD WE ASSESS OUR SCHOOLS?

The Great Schools Project is a collaboration among individuals who want to strengthen and protect public education in British Columbia. For almost four years, educators, parents, researchers, and leaders, both inside and outside the education system, have met to discuss how to improve the way we evaluate and assess our schools.

We feel the current system is both too narrow (focused on only a portion of the important work schools do) and too punitive (with substantial negative impact on individual students and educators).

After extensive discussions of the current system of Foundation Skills Assessment (FSAs) and their use to rank schools, the GSP working group has developed ideas about alternatives that would better serve both students and public schools.

The Great Schools Teach-In provides an opportunity for us to present some of these ideas and for you to debate them and provide your input.

To Know is Not Enough:
Rouge Forum @ AERA

The Rouge Forum @ AERA brought together world-renowned scholars, teachers, community organizers, and other activists to discuss these questions and others related to activist scholarship, social change, academic freedom, and work in the corporate university as part of this one-day interactive conference at the Robson Square Campus of University of British Columbia in downtown Vancouver.