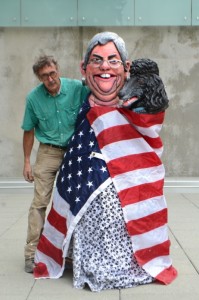 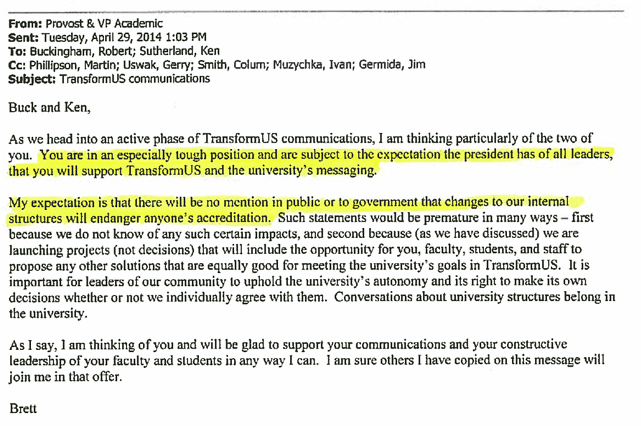 Over the last decade, the British Columbia Teachers’ Federation has systematically tested the limits of free expression for teachers. Through a series of grievances, arbitrations, and court cases, the BCTF has provided one of the most important legal records for teachers’ freedom of expression. The result is nothing short of a significant precedent for the schools.

Earlier this month, a bit of cleaning up after a court decision in the spring resolved the issue of Yertle the Turtle. The BC Public School Employers’ Association (BCPSEA) finally backed down on the BCTF local’s challenge to the BCPSEA’s ban of certain quotes from the venerable Dr. Seuss book. Finally again, we will see teachers quoting truth to power: “I know up on top you are seeing great sights, but down here on the bottom, we too should have rights.”

This is far from the end, as free expression and academic freedom in the schools require active, living tests of boundaries and lines. The ban lifted on Yertle the Turtle turns a page but does not yet finish the chapter. The quotes from Yertle were spoken for a larger scope of rights, including rights to bargain contracts and define class sizes. For that, the BCTF’s appeal has gone back to the Supreme Court.

“Yertle the Turtle” can gather more fans — in school districts around British Columbia.

A freedom of expression grievance has been settled between the BC Teachers’ Federation and the B.C. Public School Employers’ Association based on the Dr. Seuss children’s book about a turtle trying to assert its rights.

The complaint was one of several made by the union when some school districts were banning classroom displays of union posters, buttons and T-shirts in the middle of a teachers’ contract dispute.

In one case, an administrator vetoed a quote for classroom display in Prince Rupert from the book “Yertle the Turtle,” saying it was too political.

Dave Stigant, with the Prince Rupert district, was given about 20 quotes from the book to determine if they would be appropriate to expose to students during an ongoing labour dispute.

He didn’t like this quote: “I know up on top you are seeing great sights, but down here on the bottom, we too should have rights.”

BCTF President Jim Iker said the quote was just a small example of several instances where the union felt it had a claim of unfair labour practices in the province.

“But definitely the ‘Yertle the Turtle’ one out of Prince Rupert highlighted the whole issue of freedom of expression and our constitutional rights.”

Iker said several such claims went to arbitration over the last four or five years before the issue was ironed out.

The complaints were settled based on a previous court case, a key arbitration ruling and an agreement with the employer on freedom of expression rights.

Teachers are now allowed to display or wear union posters, buttons and T-shirts.

“I’m hoping it clears it up. I think it actually gives both sides certainty and we know where the limits are in terms of materials and what we’re able to display or not display, and I think the employer knows what the expectations are,” Iker said.

He said teachers also know that they can’t discuss any kind of political or union messaging with students during instruction time. 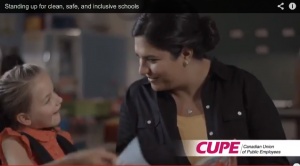 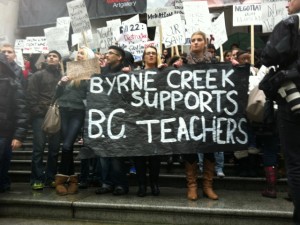 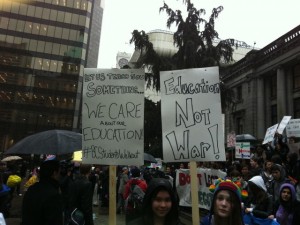 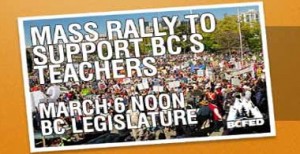 The BC Fed is Rallying at the Legislature, moving on a massive petition, and planning rallies around the province.  Support the Teachers / Stand up for BC !!!