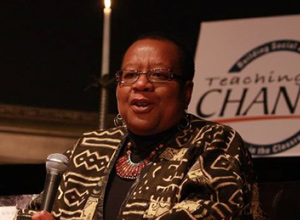 CUPE BC, July 10, 2013– After the first week of summer vacation for students, education workers across the province are resolved to make sure BC schools are clean, safe, and inclusive.  The 27,000 CUPE education workers have voted to strike in almost all of the 57 K-12 Locals, in 53 school districts.

Going without a wage increase since 2009, CUPE education workers remain hopeful for funded settlements that would see similar agreements as were achieved for other public sector employees.

“CUPE education workers want a fair settlement with the provincial government,” said Colin Pawson, President of CUPE Local 1091 in Delta and Chair of the CUPE BC K-12 Presidents’ Council. “Without any adjustment of wages for more than 4 years, it is time the people who keep our children’s schools working are respected.”

Both CUPE K-12 Locals and school boards agree that needs of students must be at the forefront of negotiations. This sentiment had been clearly expressed by school boards early this year and is now being reaffirmed to the new Minister of Education, Peter Fassbender.

Most recently, School District 33 in Chilliwack expressed “grave concerns” to the Minister that for the BC Government to realize long-term labour peace “the best interest of students and the implementation flexibility of Boards may be marginalized.”

“We further urge your Ministry to provide funding for a reasonable increase for our CUPE staff and any wage changes considered for our teaching staff in this round of bargaining,” said Chilliwack School District Chair Walt Krahn and Vice Chair Silvia Dyck in a letter to the Minister.

“Any agreement is only successful if all sides have been considered and the delivery of public education can continue to meet the needs in the most cost effective manner,” the letter stated.

After 12 year slumber, BC Liberals dream of 10 year deals

Save for summer school, July and August are typically months during which teachers catch up on life and professional development or find down time after the intensity of stressors of the school year. For the BC Teachers’ Federation (BCTF), this is commonly a time to strategize or coordinate leadership teams. Following an era of astute, outstanding leadership by Susan Lambert, Jim Iker begins his term as President of the BCTF facing pressures from the BC Public School Employers’ Association to shift contract negotiations to plans for a 10 year deal through to 2024.

BC Liberals Education Minister Peter Fassbender begins his term having to defend the pipe dream. One might imagine that this is a Rip van Winkle fairy tale, wherein after sleeping on the job of contract negotiations for 12 years, the BC Liberals now want to make a dream of a 10 year deal come true.  This would be a generous, made-for-preschoolers reading of the situation. The Buddhist policy wonk might say that the Liberals didn’t snooze but meditated on contracts for a dozen years to reach this 2024 vision of clarity. Either could be true, and there you have it…

Iker is clear about the BCTF’s position:

We’re open to a longer term deal, but we know that deal has to represent a fair deal for our members and has to provide more support for our students and more one-on-one time in particular for our students. It has to deal with the issues of class size, class composition and learning specialist ratios. This is also part of our court case, which is ongoing and we’ve got 19 days (in court) in September. It also has to address our salaries; we’ve fallen way behind our teacher counterparts across Canada. For any successful round of bargaining, you need resources brought to the table….

I don’t rule out a longer term deal. Do I rule out a 10-year deal? Yes. We had an education minister in February who told us that no government could never commit to funding 10 years of indexing and that’s one of their pieces. Part of our responsibility is to advocate for public education, for our students and for the funding. We will continue to do that and some people would think the idea of the 10-year deal is just to silence us for 10 years, but we’re not going to be silenced because people expect us to advocate on behalf of students.

When asked by the Vancouver Sun what he “thought of the government decision to remove the bargaining mandate from the B.C. Public School Employers’ Association and appoint negotiator Peter Cameron?,” Iker responded:

I’m not sure what this move actually is because we’ve been at a bargaining table where really, the employer has had no mandate in terms of resources…. We were actually hoping to reach an agreement by the end of June. That was our goal. If we’re going to be negotiating directly with government, I guess that’s fine, as long as it’s at the bargaining table. Peter Cameron has been hired by the Ministry of Education, but is he going to represent government? That’s still to be determined. We will see in September who actually is across the table from us.

Critical Education has just published its latest issue at http://ojs.library.ubc.ca/index.php/criticaled. We invite you to review the
Table of Contents here and then visit our web site to review articles and items of interest.

Thanks for the continuing interest in our work,

Abstract
Our interactions with everyday objects inform our understanding of the world; yet today much of what we use is tossed immediately. Items made in haste, used in haste, and made into waste belie the values that, for centuries, humans have taken for granted. What do our consumption practices teach our students today? I suggest that apathy, loss of agency, lack of integrity, and disconnection is often a result of our incomplete understanding of what lasts and where things go when we’re finished with them. Fortunately, the literature classroom, which can introduce students to texts such as “God’s Grandeur,” Grapes of Wrath, and Frankenstein, among others, offers educators an opportunity to challenge our throwaway society and reverence what lasts.

The journals Cultural Logic and Works & Days are collaborating to co-publish special issues on “Marxism and Education: International Perspectives on Education for Revolution.”

The issue will be published this fall, in print, by Works & Days. Cultural Logic will then publish an expanded online version—including several additional articles, including pieces on Greece, India, and Turkey—in 2014.

Rich Gibson and E. Wayne Ross, co-editors of the special issue, describe the context and focus of the issue as:

“Marxism and Education: Education for Revolution” will be the second collaborative publishing project between Cultural Logic and Works & Days. In 2012, the journals co-published the special issue “Culture and Crisis,” edited by Cultural Logic co-editor Joseph G. Ramsey) in print and online versions.

Table of Contents for Marxism and Education: International Perspectives on Education for Revolution

A Tale of Two Cities – and States
Richard A. Brosio, University of Wisconsin Milwaukee

About the Co-editors:
Rich Gibson is emeritis professor of social studies in the College of Education at San Diego State University. He worked as a foundry worker, an ambulance driver, a pot and pan washer, fence painter, soda jerk, bank teller, surveyor’s assistant, assembly line chaser, a teacher, a social worker, organizer and bargaining agent for National Education Association, TA, and as a professor at Wayne State University. With about ten other people, he helped to found what is now the largest local in the UAW, local 6000, not auto-workers, but state employees.

Gibson and Ross are co-editors of Neoliberalism and Education Reform (Hampton Press) and are co-founders of The Rouge Forum, a group of K-12 and university education workers, parents, community people, and students, engaged in fighting for a democratic and egalitarian society. Find out more about The Rouge Forum conferences here and here.

About Cultural Logic:
Cultural Logic—which has been on-line since 1997—is an open access, non-profit, peer-reviewed, interdisciplinary journal that publishes essays, interviews, poetry, reviews (books, films, other media), etc. by writers working within the Marxist tradition.

About Works & Days:
Works & Days provides a scholarly forum for the exploration of problems in cultural studies, pedagogy, and institutional critique, especially as they are impacted by the global economic crisis of late capitalism. Whereas most scholarly journals publish groups of relatively unrelated essays, each volume of Works & Days focuses on a specific issue, and contributors are encouraged to share their work with each other.

Recent special issues of the Works & Days journal have focused on the effect of globalization on women and the environment, the attacks on academic freedom, the privatization of higher education under neoliberal capitalism, the increasing exploitation of part-time, temporary faculty, the shift from print to electronic media, and the politics of knowledge.

Works & Days is edited by David B. Downing (Indiana University of Pennsylvania).