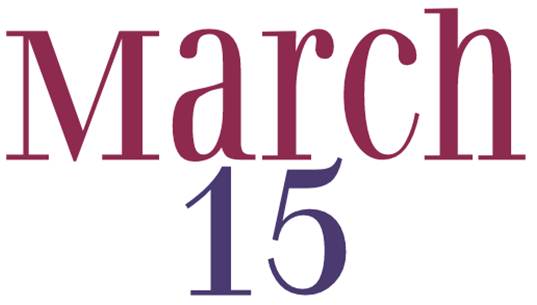 Looking back to only a couple of weeks ago, I have a lot to say about the psychology of a Ph.D. student faced with the monster called the General Knowledge Exam (a.k.a., comprehensive exam). Through the ups and (mostly) downs of the GKE process, I have accumulated a few pages of venting in my diary and random post-it notes. But all of that is over, and I had my happy ending — for now (there’s the research proposal defense coming up soon).

But today I am going to look a little further back than just a couple of weeks.

Tomorrow, March 15th, 2013, would mark the 13th anniversary of me and my family’s very first day in Canada as landed immigrants.

I didn’t think much of it at first. Every March 15th, I’d smile, thinking back the first day we landed in Canada. Some years, I think I forgot about it.

But this year, I realized for the first time (or at least it feels like the first time) that I have spent almost as much time in Canada as I have in Korea — 14 years in Korea, 13 years in Canada. This realization just kind of hit me with a bit of a mixed feeling.

For a while now, I have accepted myself as a person who is very much Canadianized (some people would equate this to the term “white washed” but Canada has very colourful demographics). I go back to Korea once in a while, and by that I mean once in three years or so, and I have less than a handful of Korean friends here. But now that I feel super comfortable living in Canada (and have been for a while), I feel this sudden urge to look for the next challenge. The next continent/country to live in. It feels as though I need to move around and immerse myself in a completely new and different environment every decade or so, just to keep me challenged and not settled in an overly comfortable state.

At some point, there was definitely a transition where, when someone asks me “where are you from?” I used to answer “I am from Korea,” and then started to say “I’m from Ontario” or “I’m from Canada.” When did this transition take place? I am not so sure.

I can still remember the night my family landed at the Toronto Pearson Airport. During the 12+ hours of flight from Seoul to Toronto, the flight attendants of the Korean Air we flew with were super nice to us, listened to my parents’ story of ‘en route to the mysterious and giant land of Canada’ and gave us a deck of playing cards with Korean Air marked on it.

Holding onto pretty coloured sheets of paper with the Government of Canada imprinted on it, my family waited by a special customs area with lots of other coloured people I had never seen in my life. We must’ve picked up a few Welcome to Canada brochures that was meant to be a super short version of a survivor’s guide to Canada. But despite its length, they were all written in English so I didn’t understand anything other than the word Canada — easy to pronounce, easy to spell.

Wendy’s burger combo reminds me of my very first night in Canada 13 years ago. Picture from http://blogs.chicagosports.chicagotribune.com

We had landed in the evening time. By the time we passed through the customs/immigration and found my father’s former colleague who welcomed us to the country, it was all dark and the entire family super hungry. So we made a quick stop at a Wendy’s on highway 401 on our way to my father’s colleagues’ house in London, Ontario.

It was perhaps the very best burger combo my sister and I had ever tasted in our lives. The fries were super fat and long (I swear they were bigger back then than they are now) and the burgers were giant compared to what I think I was used to from Korean fast food restaurants.

When I took my first bite of the burger, I thought to myself that Canada and I could get along just fine.

Contrary to my hopes and dreams that night, the first handful of years of my life in Canada wasn’t as beautiful and delicious like the first bites of the magically tasty burgers. Many immigrant families and international students will probably tell you the same. I mean, I think I have more embarrassing, depressing, and humiliating stories to tell than I can actually remember. And I think I lived as though I was always on my toes, because I felt that something ‘tragic’ (as tragic as a 14 year old girl’s life can be) could come hit me from whenever and wherever, and I always felt the need be ready for it.

But because of all the downs of moving to a new country, the little wins from day to day brought with them epic joy and a sense of victory.

Being able to speak in English comfortably used to be considered one of my biggest victories of life. People commenting that I don’t have an accent used to make me feel victorious. But when I realized I had spent enough time in Canada, both victories were to be taken for granted. Now that I think about it, having published papers (although co-authored) as the first author of a handful of papers could seem like a great life’s achievement looking back at where I came from. But then again, I’m in academia and been in Canada for over a decade… what do you expect, right?…

Anywho, I now have this weird unsettling feeling sitting in my tummy. I am really comfortable here now. I feel too comfortable. Is that a good thing?

I guess deep down, I’ve always associated myself as more of a Korean than a Canadian — I don’t have my Canadian citizenship yet anyway, although I could get it any time. It somehow feels as though my Korean roots would be threatened if I end up spending more time of my life in Canada than in Korea. I am not sure if I understand myself fully. But that’s not that important I guess. At the end of the day, I grew up, came this far from where I was, and Canada is definitely a happy part of my life now. For that, I am very thankful. And that makes the anniversary something to be celebrated.

In a way, I am envious of my younger self. I feel like the past me was more brave and stronger in facing various ups and downs of life compared to my present self. Perhaps it was more difficult of a transition than if my family had settled down in Toronto or Vancouver (rather than Barrie), where more Korean community could have supported us. But I am glad that I went through that process precisely because, when challenging time comes, I have my own experience from the past to refer back to and help shake things off my shoulders.

Mind you, a lot of my courage came from the fact that my family was always with me. We went through the same struggles together as a unit. And now, my family has changed quite a lot, but still as a unit.

Demographics in Vancouver is quite skewed, and is very different from that of the city of Barrie 13 years ago. Today’s technologies make the transition easier in a sense as well. But I understand that life’s struggles of being new in a place (perhaps as an international student) is very much difficult and different from person to person.

For those of you trying to “become comfortable” in Canada and going through the ups and downs of the process, cudos to you. I hope your journey is as funny, meaningful, and full of good stories as mine, but with less tears and more hugs.