I was sipping my tea just now, enjoying my Friday evening, reflecting on what felt like a very long week. My Songza playlist was set to Mood = introspective. Then I heard that distinct sound of parties right outside my window. The heart thumping beats and crowds cheering and singing along to Zedd’s Clarity.

Hold on, that’s not the typical UBC scenery of a Friday evening at 8:30pm, unless you go to the Pit pub at the SUB or some such.

Anyways, peaking out the window, I found a crowd of people wearing glow-stick outfits, riding bikes that are equally well-equipped with glows ticks.

Turns out, this is part of the UBC BikeRave 2.0 party. It seems that the party crowd has biked away to more fun places to sing and dance for now. But’s it’s great to see some party spirit at this time of the year — yes, yes, we should all learn to have some fun near the end of the semester. Classes are almost over people~!! 😀 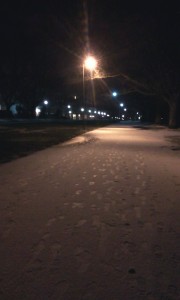 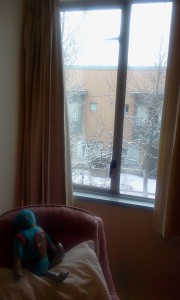